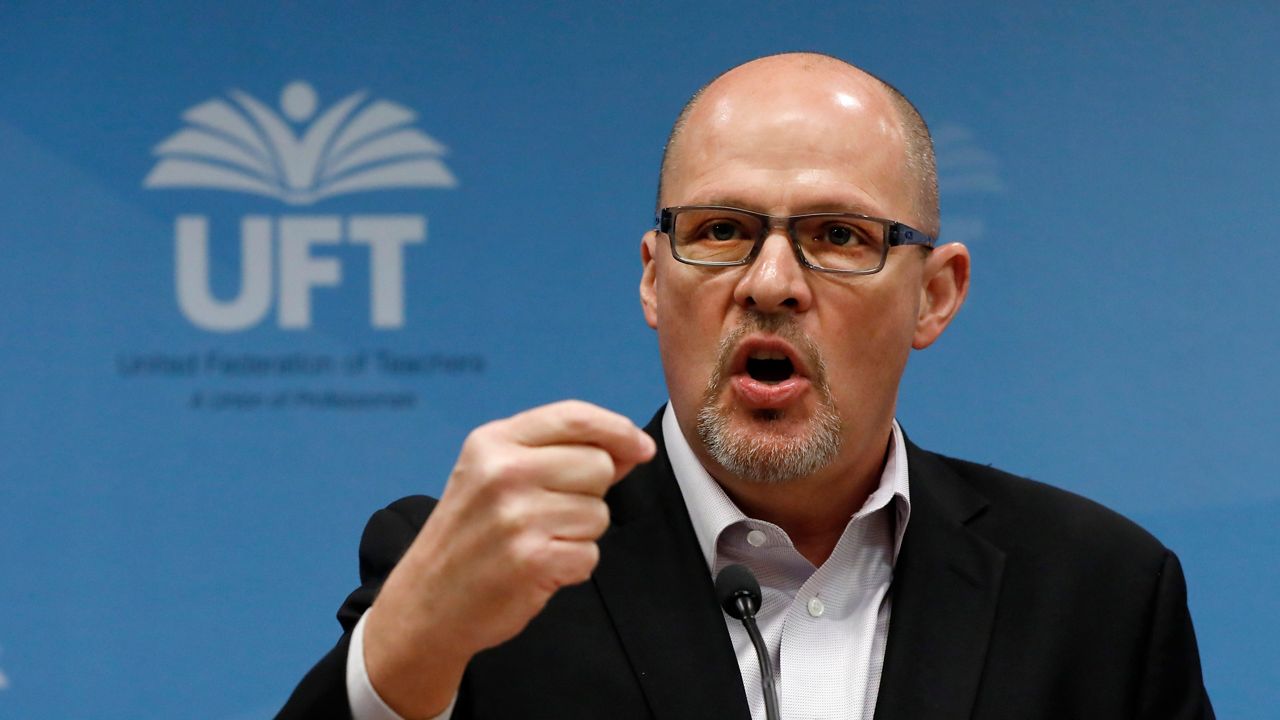 Teacher’s Union Calls Out Mayor for Putting Schools in Jeopardy

The union is threatening a walkout if its own demands aren't met; key among them is mandatory coronavirus testing for every student and teacher before entering a school building.

UFT President Michael Mulgrew told NY1 top epidemiologists have advised that this is the way to go to open the largest school district in the country safely.

“This is not just a union demand,” said Mulgrew. “If the mayor was talking to independent doctors, he would have gotten the information that we received from them,” he added.

Mulgrew said he’s concerned doctors on the city payroll are only telling Mayor Bill de Blasio what he wants to hear.

“We’re not going to stand by and lose another battle of covid because of the mayor,” said the UFT president.

But according to Mulgrew, the demands shouldn’t come as news to the mayor.

“I don’t want to make this about the mayor, but I personally discussed it with the mayor over a week ago. Our school system, our city, is in a war against the virus,” he said.

The mayor however previously said he is only just hearing of these demands.

“We’ve been in meeting after meeting with them. They have never talked about mandatory testing before. And it’s not exactly like this is a new topic. So the bottom line here is, we’re going to continue to get schools ready for the people we serve,” said de Blasio.

Mulgrew pointed out he really doesn’t want to waste his time fighting with the mayor, saying this is about doing the right thing for the school system.

Mulgrew said schools are not ready yet, but suggested the city also take this time to ensure all students are adequately set up at home with tools for remote learning.

Families have been presented with the option of having students continue the remote learning they've been doing since March, or a hybrid model that includes in-person learning.

Mulgrew joined “Mornings On 1” via Skype.