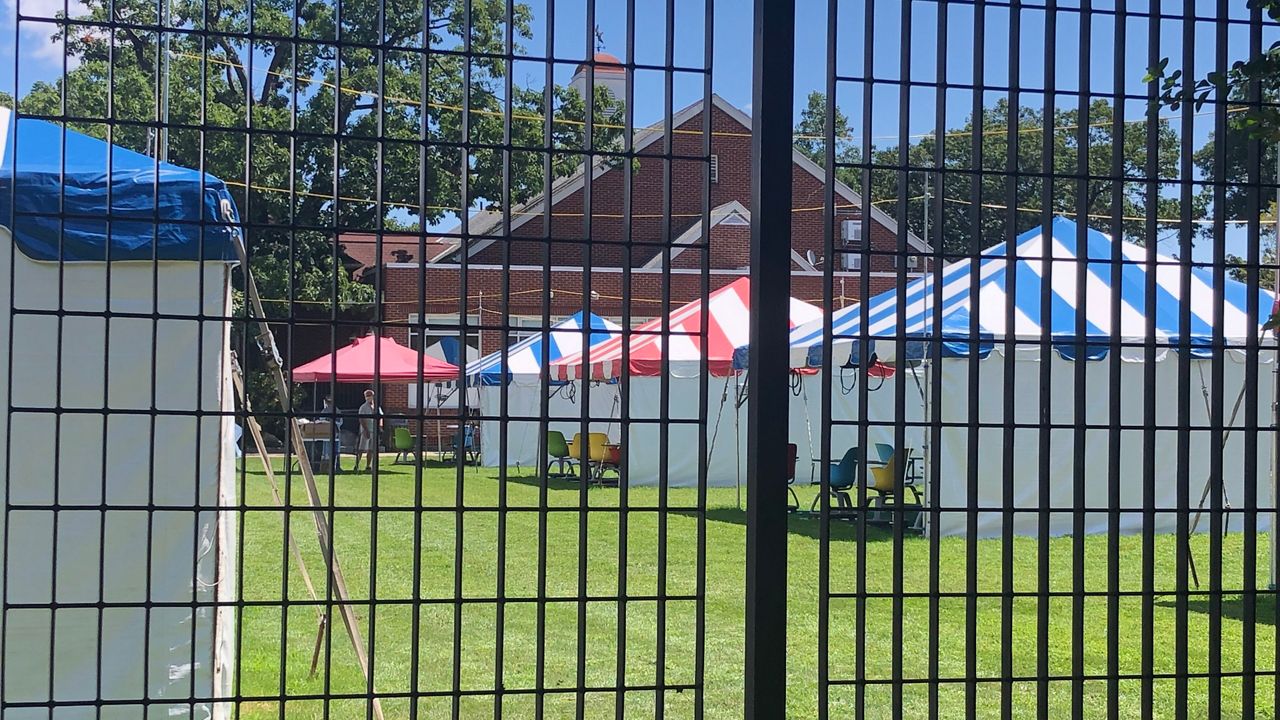 An August 20, 2020, photo of tents set up for outdoor classes at the Riverdale Country School and Poly Prep in the Bronx. Jillian Jorgensen/NY1.

At the private Riverdale Country School in the Bronx, grassy lawns have been turned into outdoor classrooms, with chairs and desks under large tents.

But public schools looking to move classrooms outdoors to protect students from the coronavirus are hitting roadblocks.

"A number of schools reached out to my office and we submitted their requests to the Department of Transportation (DOT) to use some street closures, and so far, DOT has not responded to any of the school street closure requests from our schools, and in general, schools have gotten no clear guidance or feedback," Brooklyn City Councilman Brad Lander said.

With some schools short on indoor space to allow social distancing, and data showing the virus is less likely to spread outdoors, Lander is urging the de Blasio administration to literally think outside the box and put classes in parks and streets.

“Unfortunately, so far, we have not gotten positive feedback from the mayor and the Department of Education. Some of you have heard the mayor say, sometimes it rains. Sometimes it does rain, but that was not a reason to not have the restaurants use the open streets," Lander said.

Outdoor learning has not been a major component of the plans put out by the education department. But the mayor says he agrees with those who want the school system to maximize the use of outdoor space, even if he's a little worried about the weather.

"Everyone who has been saying, 'Let's maximize outdoors,' we agree. We'll have a lot more to say about this in the next few days, and yes, we are helping and supporting schools that want to go in that direction. But we're going to talk about the way to approach it citywide. But the weather is still the weather," de Blasio said.

“If we’re going to do this, schools need access to tents and gear, and that cannot only be for schools that have PTAs that can pay for tents and gear," Lander said.

For now, outdoor classrooms remain behind the gates of schools like Riverdale Country Day and Brooklyn's Poly Prep, both with annual tuition and fees above $50,000. Lander says it doesn't have to be that way.