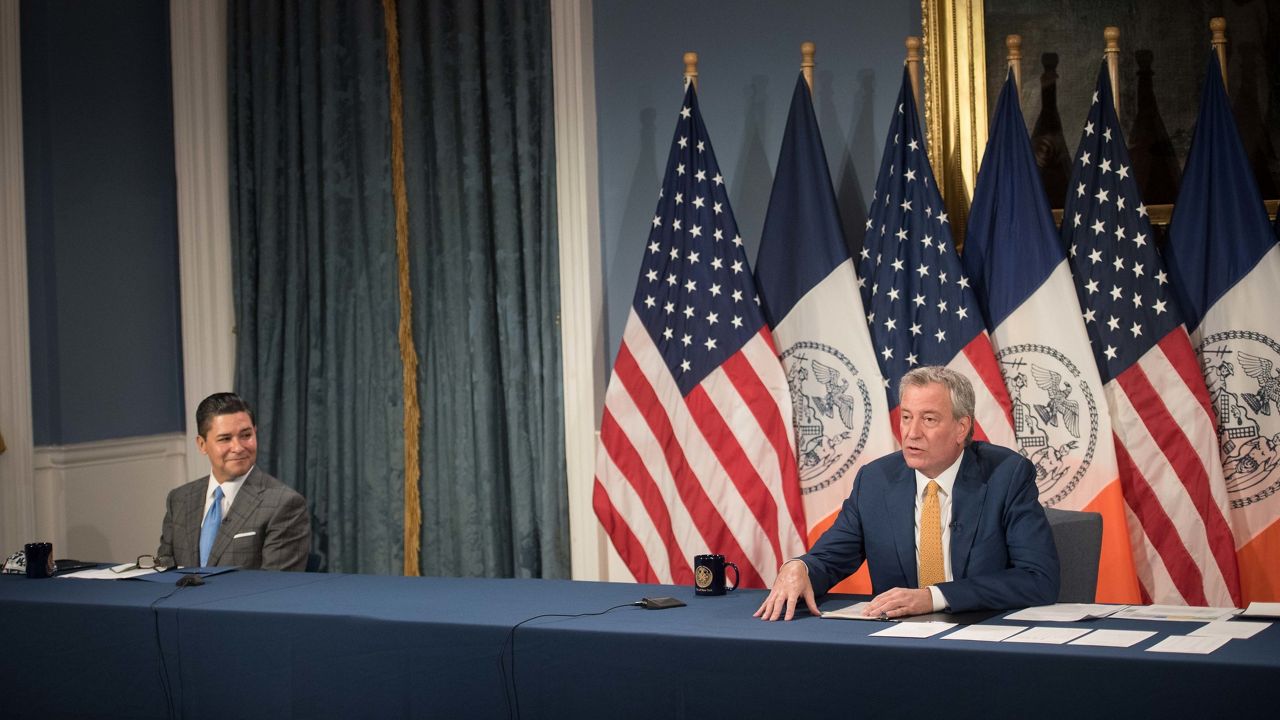 Mayor de Blasio says he’s sticking to his plan to start school on September 10, even as the unions representing principals and teachers urge him to delay in-classroom instruction.

"If you want to take away another month of a kid’s education, you can do that, but that’s not where I start. I start with, let’s start with the valid concerns that teachers and admins are raising with a whole month to go,” de Blasio said.

In a letter Wednesday, the Council of School Supervisors and Administrators asked the mayor for a delay, in order to allow for a phased-in start of in-person learning in late September. Writing on behalf of principals, Union President Mark Cannizzaro said, “Regrettably, the city started the planning process far too late for them to have any faith or confidence that they can reopen their buildings on September 10.”

That comes as the city has put those principals in charge of the nitty gritty planning for getting each of the city’s 1,800 schools ready to serve students who opt for a combination of in-classroom and remote learning.

The other option for students is all remote learning.

“The people that know our schools the best are the principals,” Schools Chancellor Richard Carranza said.

Despite the warnings in the letter, the mayor said preparations for the new year were well underway. To highlight those preparations, he toured Village Academy in Far Rockaway, Queens, with its principal and the schools chancellor.

“It definitely is going to be a challenge to open, but by the same token I feel like my children need me and if there’s a possibility to open safely I want to take advantage of that possibility,” Principal Doris Lee said.

Despite the dire warnings from the principals union, which were followed by similar calls by the teachers union, the mayor says he believes principals and teachers will come to work in early September ready to enact his plans, because children need a return to in-person learning.

"You’re talking about professionals. Unions will always sound various alarms and unions will say things sometimes in a very dramatic fashion. This is nothing new in New York City. But what is the mission? The mission is taking care of our kids,” he said.