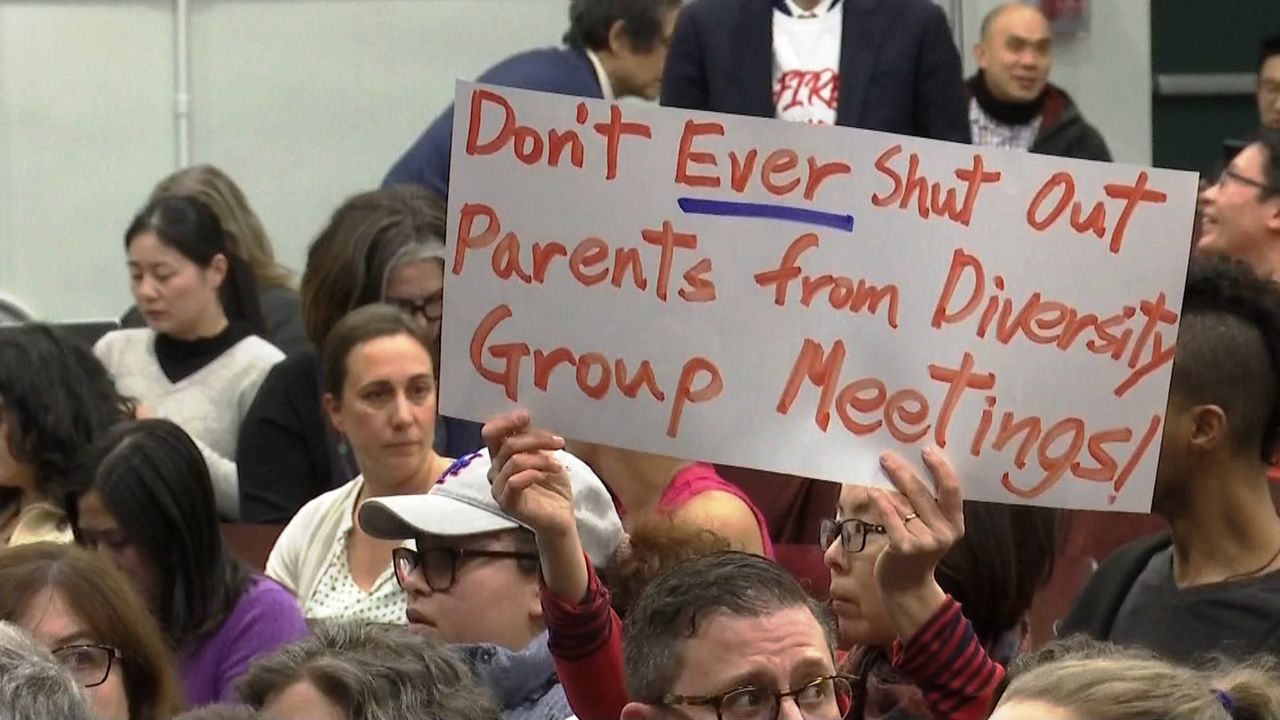 Tensions High at Meeting in Queens About Increasing Classroom Diversity

A contentious meeting was held Thursday, with parents lashing out over a plan to boost diversity in their school district, a plan the Department of Education says doesn’t even exist yet.

"We feel very strongly that it is important that communities have input in those types of recommendations. That is why we are doing this process," said Andy McClintock, director of enrollment research and policy for the New York City Department of Education.

The DOE and WXY Studio, an urban planning company that contracted with the city, say they plan to address diversity in the district's schools will be created through community outreach, including feedback from parents.

But parents say they don’t believe it, heckling officials giving the presentation and arguing the plans will just mirror those used elsewhere. They fear that will mean some families will have to send their children on long bus rides to schools on the other side of the district, which spans from Forest Hills to Jamaica.

"To be perfectly clear, unless proven otherwise, it's our assumption that Carranza and WXY is trying to ram through a de-zoning forced busing quota plan and disguising it begins the smoke and mirrors of this false community involvement," said one person at the meeting.

Many opposed had children in schools in the northern part of the district, home to many of its top-performing schools. But there was also frustration from parents on the other side.

"What makes our parents want to send our children somewhere else? Do you believe that if we had the resources available in our schools, we would wanna ship our kids one, two hours away?" said one person at the meeting.

Still, others spoke in support of having more integration in a district where the overall population is diverse... but some classrooms are not.

"My husband and I were originally hesitant about moving to Rego Park, given that less than three percent of the students in my son's future elementary school are African-American. I was thrilled when I found out that d28 would be diversifying. But seeing not just the opposition, but even arguments for obstruction to the planning process itself, has become very disheartening and illuminating," said one person at the meeting.

Officials from the DOE and WXY say the next step in the process is to hold workshops with parents and community members, the first of which will be later this month.