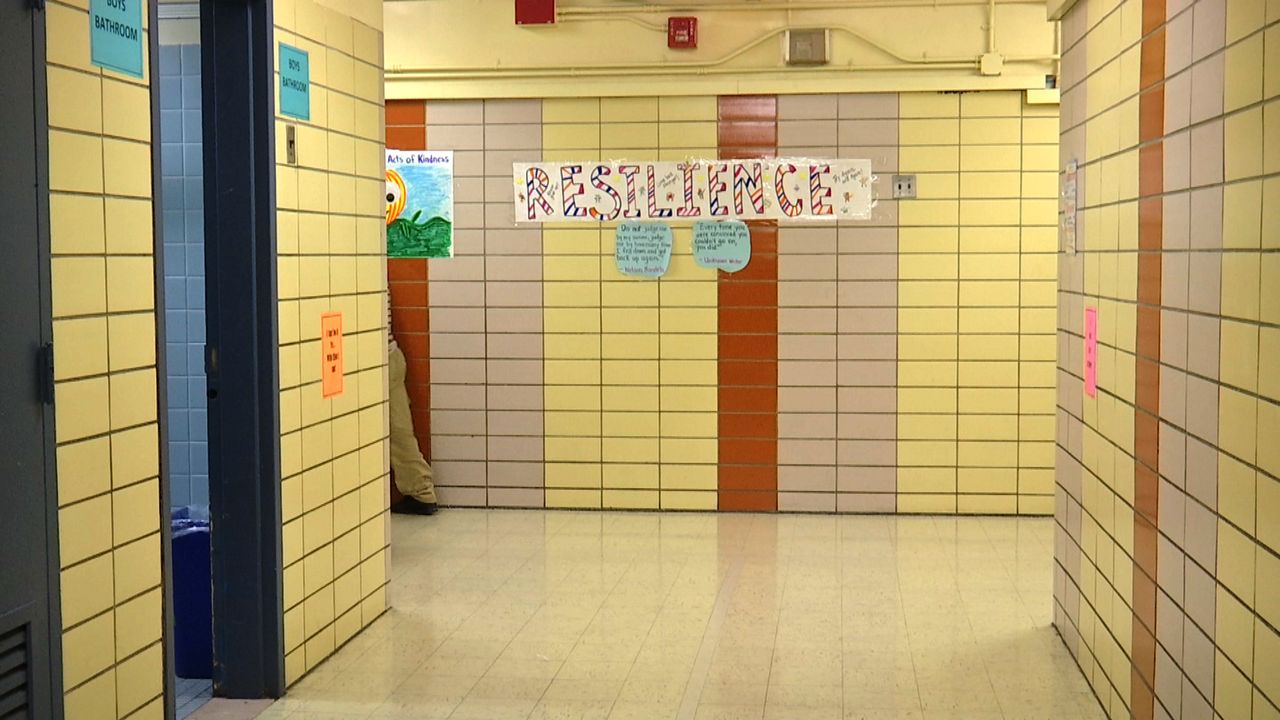 Students at PS/IS 41 in Brownsville, Brooklyn face significant challenges. Most come from families living in poverty. More than one-quarter have special needs. Dozens are homeless. For several years, the school was at risk of being designated "dangerous" by the state.

"We have students who have serious needs in our school," says Shonelle Hall, the principal of the school.

But for two years, it has been one of 46 schools receiving special help: an extra guidance counselor and an additional social worker. They're called Single Shepherds, an initiative Mayor Bill de Blasio announced with great fanfare as a cornerstone of his education agenda.

"One of the signature elements of Equity and Excellence, that's the Single Shepherd program," the mayor said in September 2016.

De Blasio said students facing many challenges should have a single counselor who follows them through middle and high school, getting to know their needs and their families. He launched the program two years ago, walking a student to school with the student's shepherd.

There are 137 shepherds across District 7 in the South Bronx and District 23 in Brownsville. The program has cost nearly $50 million so far, but officials cannot demonstrate whether it is working.

But at PS/IS 41, the principal says her two Shepherds are indispensible. She says they've helping to reduce the number of disciplinary incidents that affected teaching and learning.

"It allows every student to be known well by a caring adult," Hall says.

The mayor said the program would be expanded if it succeeded, but when asked this week, city officials say they are still monitoring it.

State test scores in the two districts have improved, incrementally, as test scores have citywide.

The Education Department says it could not provide data on whether attendance has improved in the districts, too.

But the principal of PS/IS 41 says the benefits might not show up in hard data. She cited an incident this week when an ambulance had to take a student suffering a mental health crisis. His shepherd went with him and stayed with him at the hospital.

"He was like 'You, you aren't going to leave me, right?' 'No, I'm going to be here with you until your mom comes, or someone come,'" says Tracy Stevens, a Single Shepherd school counselor.