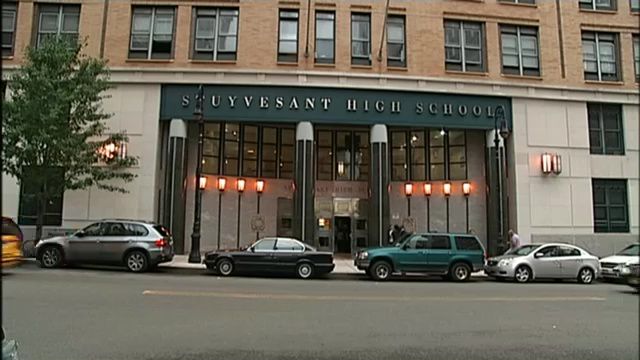 When he ran for mayor, Bill de Blasio vowed to increase the number of black and Hispanic attending the city's eight, elite specialized high schools, which rely on the same high-stakes admissions test.

The exam was redesigned this school year to create a more diverse entering class. But the city Education Department announced Wednesday that just 10 percent of the students offered admission to the schools in September are black and Hispanic. That's the same percentage as last year, continuing a disparity in a school system in which 70 percent of the students are black or Hispanic.

"Essentially, the diversity hasn't changed," said David Bloomfield, a professor of education at Brooklyn College and the CUNY Graduate Center.

The disparity is even more pronouned at Stuyvesant, the most selective of the eight specialized high schools. Of the 902 children offered admission on Wednesday, just 10 are African American.

Many students who do well on the specialized high school admissions test prepare for the exam, often through tutoring at great cost to their families, an option not realistic for children from economically disadvantaged homes.

Hoping to bridge that gap, the city offers free test prep, but the program has space only for 670 students. More than 28,000 took the test this school year.

"Everybody knows that you prep for the test for years in order to get into the competitive high schools, and that's just a crazy system when what we should really should be doing is, find the most gifted kids in the city, not based on test scores, not based on tutoring but based on native intelligence," Bloomfield said.

De Blasio says he wants to do away with the exam as the sole criteria for admissions, but that state law keeps him from making the change. Experts say that's true for the originial three specialized schools, Stuyvesant, Bronx Science and Brooklyn Tech, but that de Blasio could change the process for the other five. However, analysts say that could diminish the status of those schools.

De Blasio has been criticized for not doing more to combat racial segregation in the school system. Each year, the results of the specialized high school exam offer a stark example of the inequities. The new schools chancellor, when he begins next month, will face pressure to alter the outcomes for the city's black and Hispanic majority.