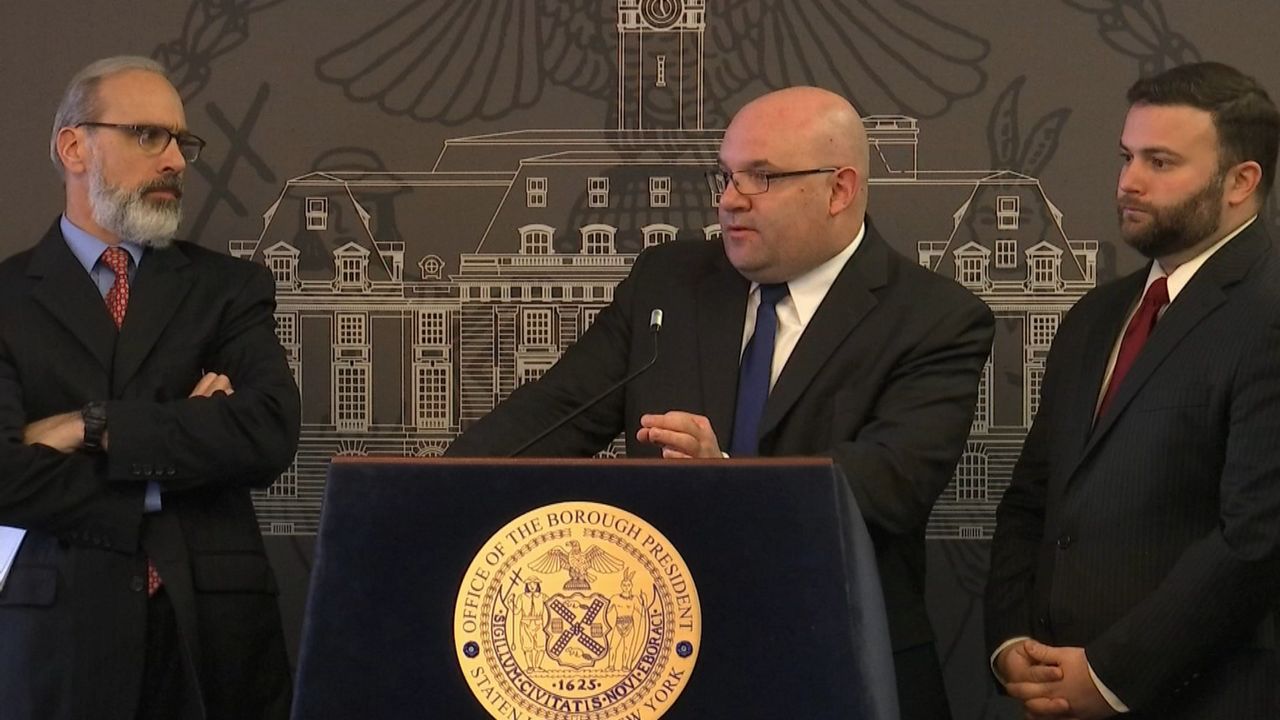 The Republican primary for Staten Island borough president features familiar names from the political present, like City Councilman Steven Matteo, and from the political past: namely, former Congressman Vito Fossella, who left Congress in 2008 after a drunk driving arrest led to the revelation of a second family.


Fossella, a late entry to the race who has mounted a relatively low-octane campaign, was among three Republicans who sparred in a NY1 debate last month.

“I want to be the real voice for Staten Island once again,” he said. “I did it before, and I intend to do it again.”

Matteo has the most institutional support in the race. He’s won the backing of the Staten Island Republican Party and several of the borough’s Republican elected officials.

And he’s been a target of Leticia Remauro, a longtime political operative and former party chairwoman, who threw blows in every direction at our debate.

“Steve voted for budgets that were set by the radical left, and that actually funded dangerous organizations that actually wanted to defund the police,” she said.

“Vito, you walked away from Congress 13 years ago to become a lobbyist and you never looked back. You abandoned us," she said to Fossella.

But Matteo touts the work he’s accomplished on the council despite being part of a tiny Republican minority.

“I have still, as a Republican, in a Democratic-controlled council, been in the top three to five in bringing back money to my district,” he said. “I live my life to benefit Staten Island.”

The three Republicans are joined in the race by Staten Island business leader Jhong Kim.

On the Democratic side, the party organization is backing another name from the past: Mark Murphy, who ran and lost against Congressman Michael Grimm in 2012.

Vargas gained prominence in 2015 as the first undocumented immigrant admitted to the New York state bar.