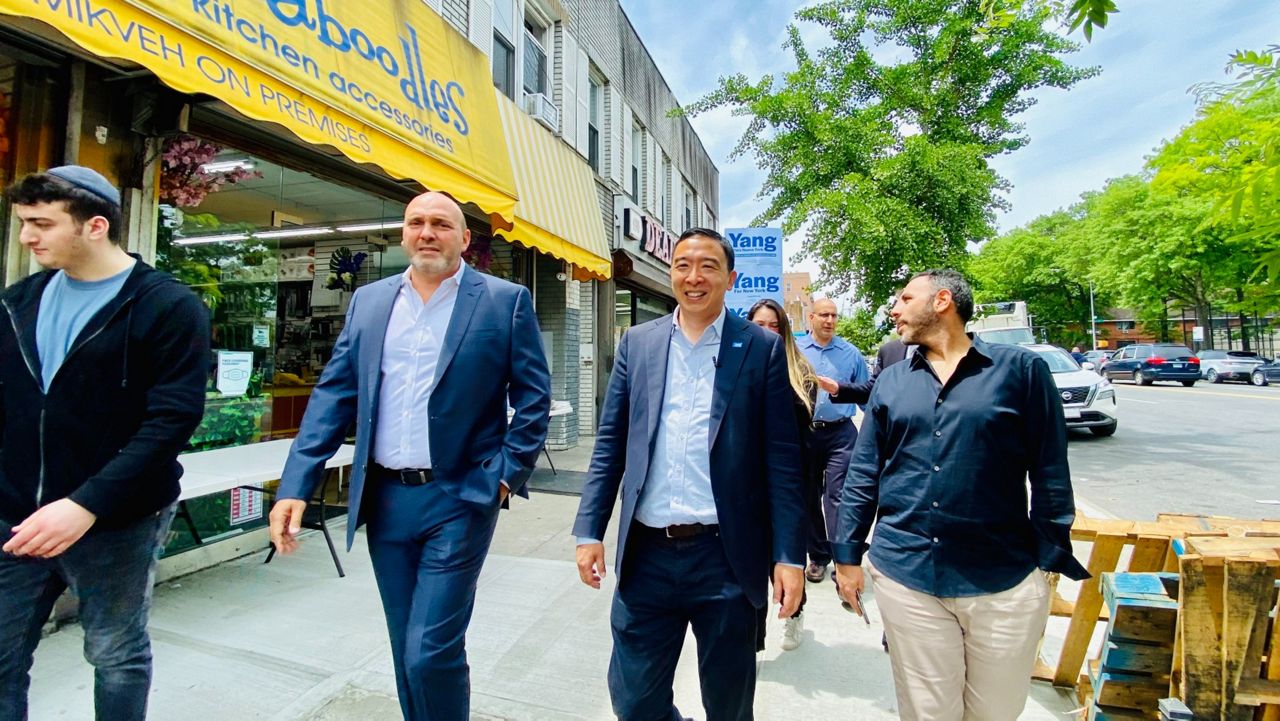 Andrew Yang's positive campaign about the city’s comeback was no more as of Tuesday.

"Eric Adams knows that Mayor de Blasio is making calls for him, right now, trying to keep things the same," Yang said Tuesday, speaking to a packed audience at his newly opened field office in Bensonhurst.

For the first time in the race for mayor, Yang is swinging, taking aim at his opponents as polls begin to narrow and his apparent lead among voters is threatened by others in the race.

"What is happening to New York? Why is the trash piling up," Yang said "I think Kathryn has done a lot for the city, but many New Yorkers want to turn the page from the de Blasio administration."

It's a change in tone from Yang, who for months on the trail said he would hire Garcia as one of his deputies were he to win the election. Those comments have not been welcomed by Garcia, who has bristled at the idea she would be hired as a deputy to someone whose experience working in government pales in comparison to hers.

Speaking to supporters, Yang said Mayor Bill de Blasio has been working behind the scenes to help Adams get elected.

"Eric Adams is not going to say a word about Mayor de Blasio squandering our resources," Yang said. "Eric Adams is business as usual and New York City needs a new kind of leadership, and that's why I'm going to beat Eric Adams at the polls."

For months, Yang took pains to keep his campaign positive. He never went on the attack, instead leaving the sparring to his surrogates while he focused on the message, rather than the opponents. That was a stark contrast from Adams who hasn’t hesitated to attack from the trail when given a chance.

During the opening of the campaign’s first field office, Yang was focusing on his newly developed New York City base: rallying with the Asian American community and touring the surrounding neighborhoods and small businesses with Councilman Kalman Yeger.

He would not say if the new change in tactic is in response to the sense that the race is tightening.

"New Yorkers know our city is not in great shape right now and we need a different kind of leadership than what we've been getting," he said.

Yang's attacks against his opponents might be a preview of what voters see on Wednesday when the candidates will meet on stage for their second debate.