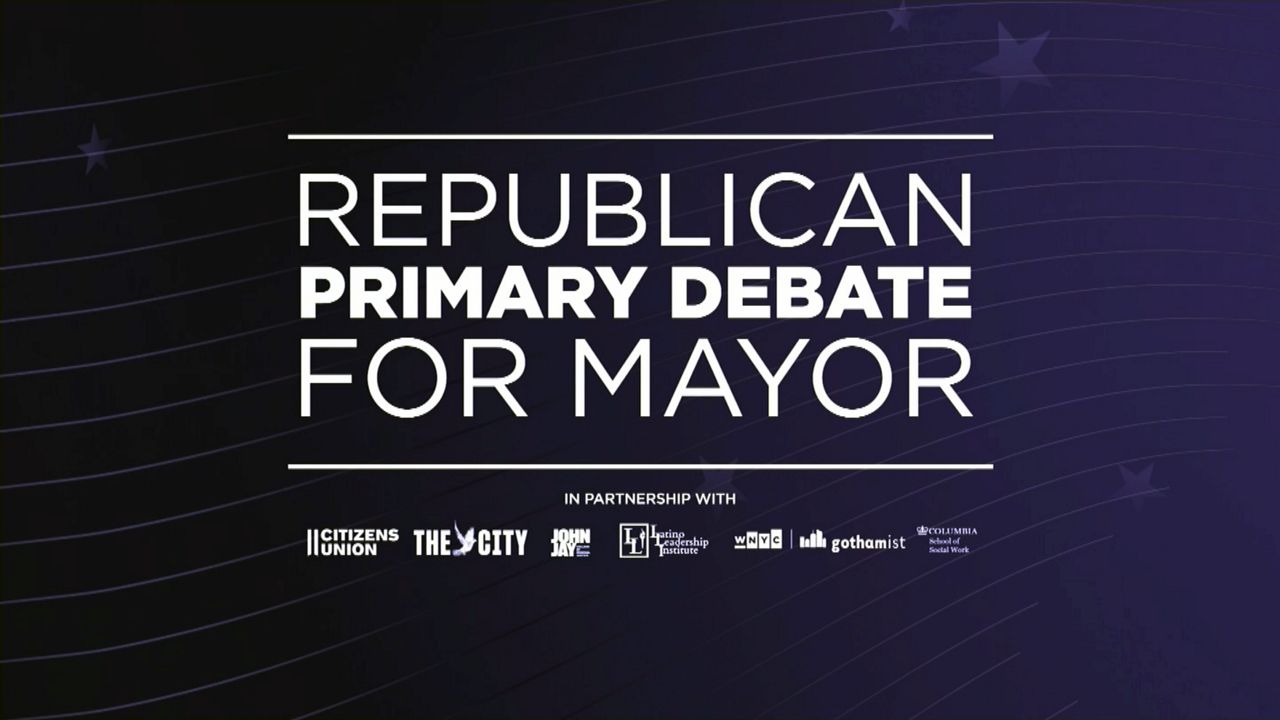 The Republican candidates for mayor face a steep climb when it comes to winning the general election in November, but they're at least making the primary interesting.

"Curtis, you're a clown,” said Fernando Mateo. “And you're making a mockery of this very important primary."

The debate did take on a circus-like atmosphere, as Mateo and Curtis Sliwa repeatedly went out of their way to tear each other down. Each tried to frame himself as the true Republican and true supporter of law enforcement.

Mateo said of Sliwa: "He is partly responsible for bail reform and defund the police because he supported and endorsed every single Democrat that voted for those laws."

In response, Sliwa pointed to remarks Mateo had made after La Marina, the Inwood restaurant he co-owned, was shut down by police. "You publicly said on Hot 97, the morning radio program, that all those cops responsible for that, they should have their heads cut off like snakes,” Sliwa said.

"All of a sudden,” he added, “you've discovered you have love for the police."

Both candidates support adding police officers, including on the subway. Sliwa points to his experience as founder of the Guardian Angels.

Mateo later shot back: "Curtis Sliwa is a subway rider. That's all he knows how to do, communicate with the subway homeless people, because that's what he takes pride in. And he communicates with his 13 cats and his 14 litter boxes in his house."

The candidates actually agreed on many of the policy questions posed, including on education, street space and speed cameras. But Mateo — an advocate for cab drivers and bodega owners —  has more closely tied himself to Trump, even falsely stating Trump won the November election.

Mateo raised money for the mayor, but on Wednesday he defended his fundraising, saying many business people donate across party lines.

As for Sliwa, he opposed Trump and is a relative newcomer to the Republican party, as Mateo pointed out.

"Curtis is a clown,” Mateo said. “I think his red beret is too tight on him. He never voted for Trump. He never supported the president that really backed law enforcement."