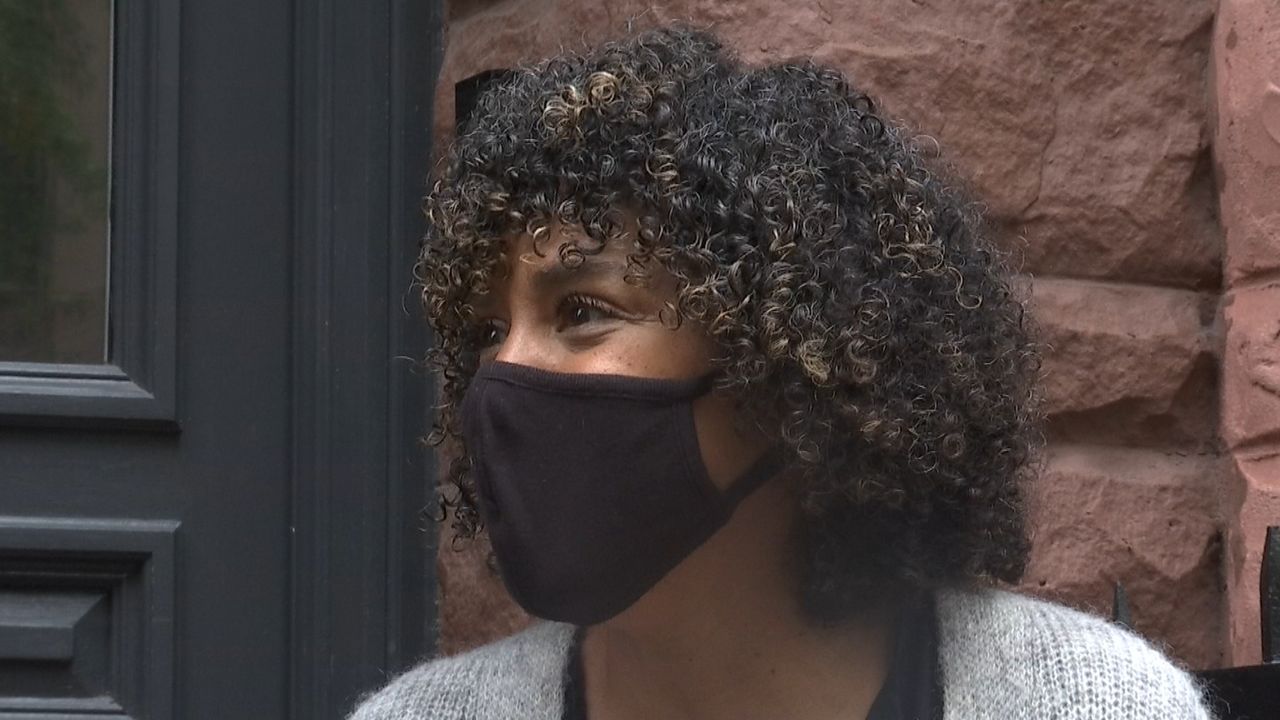 A file image of Dianne Morales.

The mayoral campaign of Dianne Morales enters the final weeks of the Democratic primary mired in chaos.

Her team is beset with internal allegations of racial insensitivity, sexual harassment and other misconduct.

So far this week, her campaign manager and a senior adviser resigned and six staffers were fired.

In an exclusive interview with NY1 Thursday night, Morales sought to explain the upheaval.

“The people in question in terms of those allegations that were raised to me at the time were no longer on staff," she said. "This is part of an ongoing process of me actually leaning in to really take over.”

As her campaign is rocked by resignations, firings, a work stoppage and accusations of misconduct, Dianne Morales tells @errollouis she’s moving forward.#NY1Politics pic.twitter.com/yVP3tbtkth

The week has been tumultuous for the candidate running unapologetically to the left of her rivals.

Morales had surprised many with strong support.

On Wednesday, Morales said she sat for hours to hear out her staff.

On Thursday, a senior adviser left and some of the staff announced plans to unionize. They also said four among them had been fired as leaders of the effort.

Two others had been dismissed separately amid claims of abusive behavior.

By late Thursday, a work stoppage had begun.

“It is deeply disappointing that a candidate who claims to support unions refused to engage in this conversation,” the union said.

“It’s a beautiful and messy thing that they’re doing this," he said. "I think it’s a reflection actually of the very transformative campaign that we have been running that they’ve organized this way.”

And even as one campaign organizer called on Morales to suspend her bid, the candidate said she’s looking to the next phase of the race. And she promised her supporters that her commitment remains strong.

“We’ve got a new acting campaign manager and really sort of moving forward with the staff and the structure," she said, "I am still very much involved in making sure that this transition happens in a way that can best position us to be successful on Primary Day.”

Morales had seen momentum in recent weeks. On Thursday, the Campaign Finance Board released $1.4 million in public matching funds to her bid.