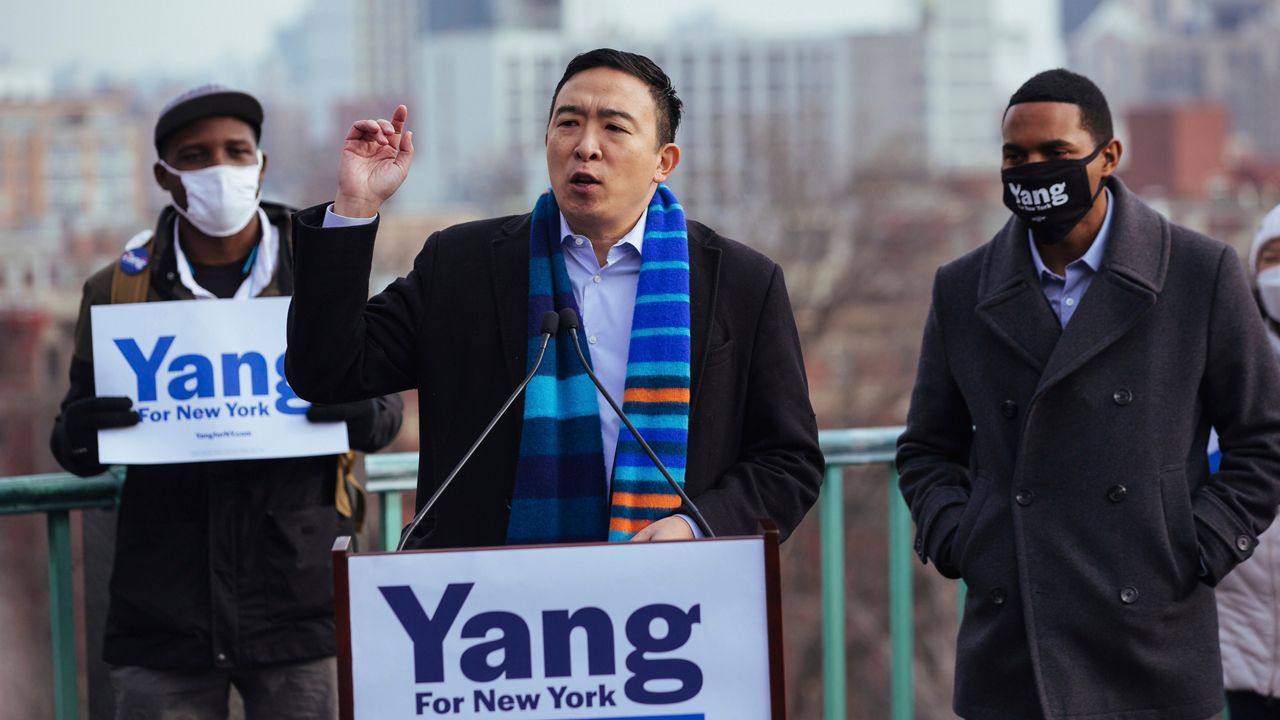 Before he ran for president or mayor, Andrew Yang made his name in start-ups, and he established a reputation for innovation.

He rebounded at test prep company Manhattan GMAT, where he was a tutor, then chief executive. He sold it in 2009 to Kaplan.

“So by the time the company was acquired, we were doing, like, $11 million in revenue," he told the "Built to Sell" podcast in Oct. 2015. "So the business quintupled or so while I was running it.”

Yang used the earnings in 2011 to found the organization he’s best known for — the one that got him named a presidential ambassador for global entrepreneurship.

“Venture for America is a nonprofit that recruits and trains top college graduates from around the U.S. who want to learn to build a business," he said in a July 2015 Obama White House video.

But it didn’t become the runaway success Yang positioned it to be.

For one, this target proved wildly unrealistic:

According to the annual report for 2016 — Yang’s last full year at Venture for America and the latest such report available on the nonprofit's website — "fellow-founded companies created 90 full-time jobs."

A Recode story from 2019 said the organization hadn’t even created 4,000 jobs total at that point.

Yang stepped down in August 2017 and filed to run for president.

Tax filings reviewed by NY1 from that year show Venture for America reported a net asset loss of more than $2.6 million, and $3.4 million less in contributions than the previous year.

“With Venture for America, the goal was to help more young people get into position to try and build and potentially grow a small business," Yang said, questioned Friday by NY1. "And I’m incredibly proud of the work we did. We created thousands of jobs during my time for Venture for America.”

The Democratic candidate for mayor said he keeps in regular touch with Venture for America colleagues.

The organization itself didn't respond to requests for comment. It appears to no longer measure its success by the jobs-created metric, and its contributions have bounced back since Yang left.

Between the presidential and mayoral race, Yang founded and partially funded Humanity Forward.

Asked Friday to reflect on his record, Yang honed in on Manhattan GMAT and said it informed his candidacy and platform.

“It became No. 1 in the country in its category and was then bought by a public company," he said. "But that’s really how I came up here in New York. That’s one reason why I know we have to do more for our small business owners and restaurant owners.”