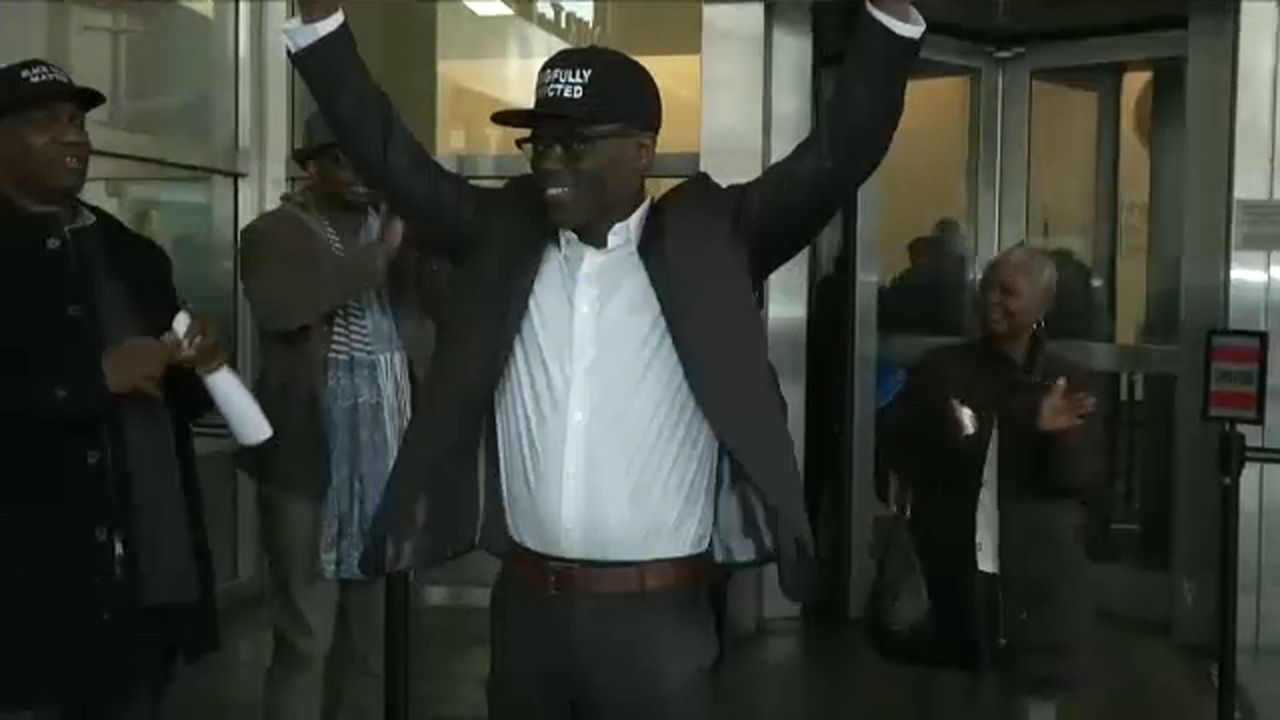 A judge overturns a decades-old murder conviction, clearing the name of a Brooklyn man who already served 18 years in prison.

Sundhe Moses was convicted of second-degree murder in connection with the 1995 killing of a 4-year-old girl in Brownsville.

Moses was 18 at the time and was later given parole in 2013 because of his repeated claims of innocence.

His attorney says Moses was convicted because of a false confession forced by NYPD detective Louis Scarcella.

Moses says while the overturned decision is great news for his family, his fight is far from over.

"It's a bittersweet moment," he said. "Sweet on the side of the case is finally coming to some sort of conclusion, bitter in the sense of that it's still a problem in the DA's office that still needs to be addressed. I think it's a good day today, but there is still a lot of work to be done."

The Brooklyn DA's office now has to decide to either appeal or dismiss the charges against him.