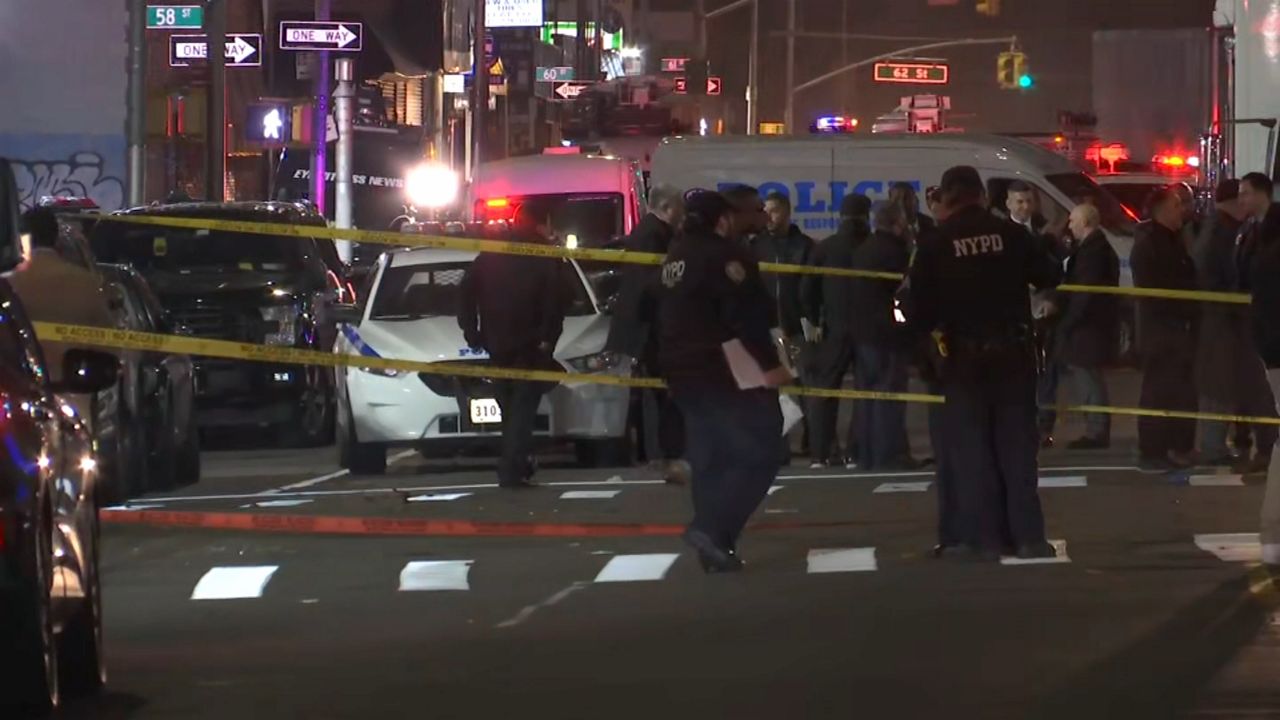 The incident, which happened around 3:09 a.m. Thursday, preliminarily began as a robbery, police said. The officer was approached by several armed individuals in ski masks attempting to rob him, possibly of jewelry he was wearing, when he exited the club. He is at Elmhurst Hospital in critical but stable condition.

Police said they are looking for two to three others involved. Detectives are reviewing cameras in the area.

While waiting for EMTs to arrive, La Boom employee Andrew Eagle said in an interview that all the lieutenant wanted was for someone to contact his wife.

“With me personally I don’t think I was [a hero],” Eagle said. “I was still in tears because of everything that happened at once. I was just there helping out.”

The portion of Northern Boulevard between 56th to 58th streets in Queens is closed.

The NYPD is offering a $10,000 reward for information on the incident.

This is a devleoping story. Please check back for updates.