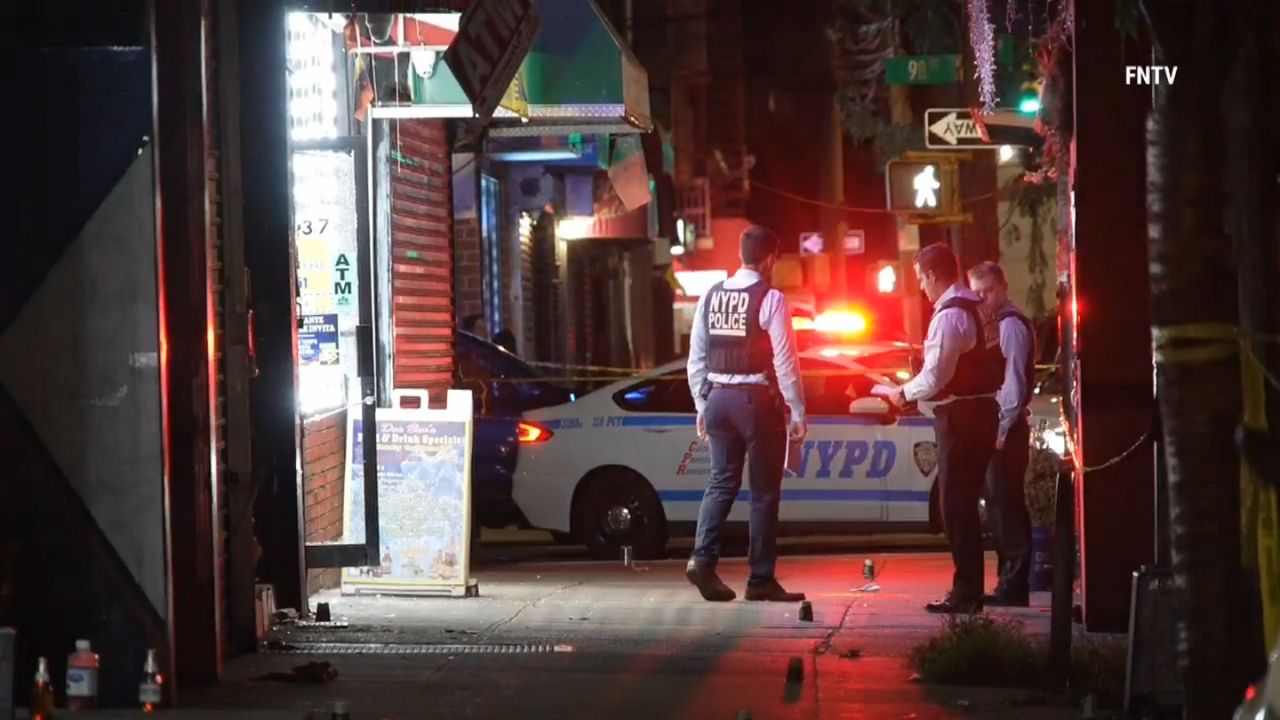 The shooting happened just before 11 p.m. outside a laundromat on 99th Street and 37th Avenue in North Corona. Photo Courtesy: FNTV

Police are searching for four men in connection to a shooting Saturday night in Queens that left 10 people injured.

According to police, four men, two of them on scooters, came through an area crowded with people on 37th Avenue near 97th Street in Corona, Queens, around 10:30 p.m. Saturday night.

Two men on foot fired over 30 shots into the crowd, while the other two men then came by behind them on the scooters, police say. The two gunmen then got on the back of the scooters and took off, according to police.

​​The victims ranged in age from 19 to 72 years old. The most severe wound was a gunshot to the stomach. All are expected to survive.

The bystanders injured by the gunfire were outside a barbershop and dining at a restaurant for a birthday party.

Out of the 10 victims, police say three were gang members who they believe were the intended targets.

“It's a recurring theme that keeps happening, and it has to stop through this city,” said NYPD Chief of Detectives James Essig. “It’s gang members, guns, masks. It’s unacceptable in NYC and has to stop.”

Both mayoral candidates held news conferences in the wake of the shooting.

Both Eric Adams and Curtis Sliwa called for changing the state's bail system, which they say helps put dangerous people back out onto the streets.

“You know, sometimes you get people who are dangerous over here and you know it," said Jesil Carbajal, a street vendor who works in the area.

He said, in the past few years, he’s seen more crime in the neighborhood.

“I think we could use more police presence over here because, you know, when you see someone with a position of authority they may feel a little afraid if they see a police officer or someone,” said Carbajal.

Public Advocate Jumaane Williams and State Senator Jessica Ramos spoke out about the shooting as well, emphasizing the importance of funding, developing and involving young people in community programs.

​The NYPD is urging those with any information to call crime stoppers at 1-800-577-TIPS.