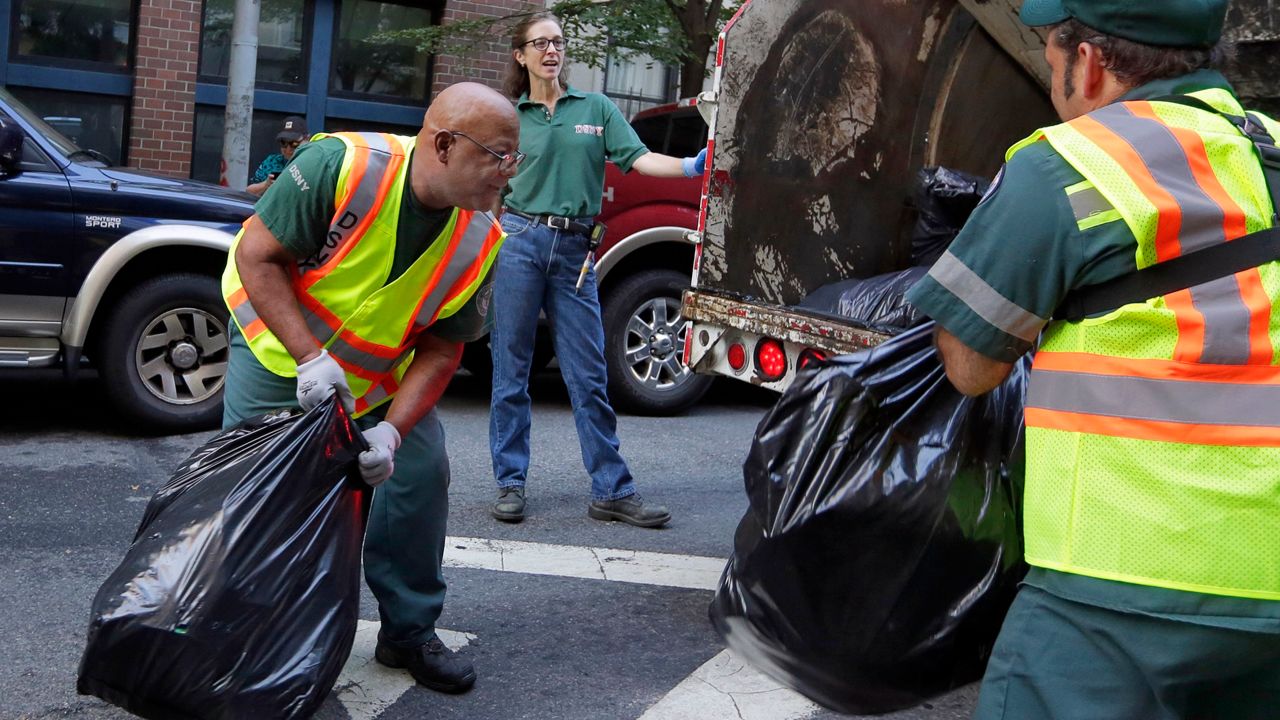 Sanitation boss: Department will prepare in case of staff shortages after vaccine mandate

In an appearance on “Mornings On 1” on Thursday morning, Sanitation Commissioner Ed Grayson said he thinks the incentive program — offering workers $500 for getting their first dose — will lead to an increase in vaccination numbers, but some of his employees are still hesitant to get the shot.

He says employees will be informed about these mandatory guidelines, and the department will make sure it has enough staff to cover the city's needs after the Oct. 29 deadline.

"I think that we're going to continue our dialogues. The men and women of the Department of Sanitation, of all ranks, particularly our frontline, they're heroes,” Grayson said. “They want to come in every day, winter is right around the corner, we've trained over 5,000 members of service on the new snow routes for this season, and we're going to work toward making sure we have enough headcount coming in."

The department has one of the higher vaccination rates out of all of the city departments, trailing a little bit behind the NYPD, with 62% of employees vaccinated.