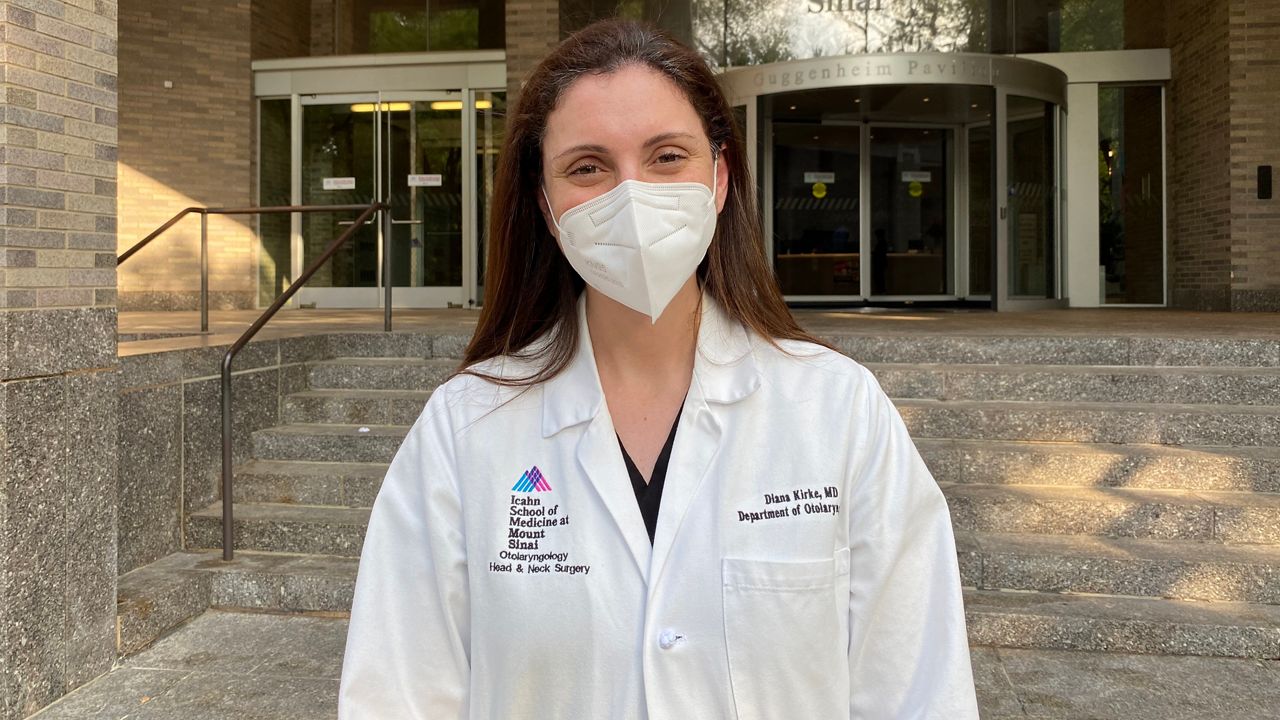 Dr. Diana Kirke, an ear, nose, and throat surgeon at Mount Sinai. She believes she caught the delta variant of COVID-19 after being exposed by a patient, then her children caught it. NY1/Jillian Jorgensen.

A doctor caught the delta variant. Things got worse when it spread to her young children.

NEW YORK — Dr. Diana Kirke is an ear, nose, and throat surgeon at Mount Sinai. As someone whose job involves checking out people’s airways, she takes coronavirus protections seriously.

“We hand wash all the time, we wear protective equipment,” Kirke said. “We shower when we get home at the end of the day, we don't wear the same clothes in the house that we wear to work.”

But still, Kirke caught what she believed was the delta variant of COVID-19 in May, after being exposed by a patient — and then the coronavirus ripped through her family. She saw the patient Friday.

COVID-19 symptoms are usually less severe in children. Kirke’s eldest child, Delphine, got better quickly, but her youngest struggled. Elodie had a fever, congestion, cough, fatigue and lack of appetite.

“We were quite worried about her, and were really seriously considering bringing her into the hospital,” Kirke said. “We rang our pediatrician for some advice, which was very good advice, and we just kept going with around-the-clock Tylenol and ibuprofen, and very slowly she improved.”

But the effects of the virus lingered even after Elodie felt better.

“She didn't gain any weight between her 12- and 15-month well child visits, which was incredibly alarming to me, the fact that had such an impact on her,” said Kirke, who is also an assistant professor of otolaryngology at the Icahn School of Medicine at Mount Sinai.

Between COVID-19 and a secondary bacterial infection, Kirke herself was sick for four weeks and felt long-term effects for about three months. She had to delay surgeries she was set to perform and had to pull her children from school.

“Mild cases can still have a great impact on your life, your children, your working life,” Kirke said. 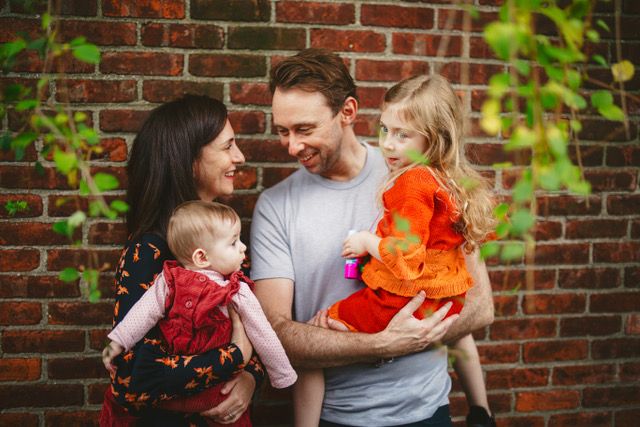 The family's pediatrician, Dr. Rosanna Mirante, says the city has not seen the same surge of hospitalized children that some southern states are experiencing, likely because of higher vaccination rates here. But some families are worried the return to classrooms could lead to an increase.

“Keeping a safe distance within the school — three to six feet — and the masking indoors, that will help tremendously,” said Mirante, who is also an assistant professor of pediatrics at the Icahn School of Medicine at Mount Sinai.

And vaccinating adults will continue to help.

When she caught COVID-19, Kirke had received only one dose due to an allergic reaction that caused airway swelling. She's since been fully vaccinated with a different brand of the vaccine, and she's urging families to take COVID-19 seriously and get their shots.

“Even though we weren't hospitalized, we were close. Even though, you know, we had a mild case in the grand spectrum of things, it still was incredibly pervasive in our family and how it affected our health,” Kirke said. “So it shouldn't be taken lightly.”

Mirante agrees, saying the illness can have long-term effects, even on young people. She recalled a college student she treated who is struggling with fatigue more than a year after she had the virus.

“It's not as benign in young people as people think,” Mirante said. “You could be the one unlucky person who gets long-term consequences.”

She also urged people to get vaccinated as a way to help protect the health care workers, like Kirke, who take care of them.

“I think that vaccinating the entire country as much as possible will help decrease the disease, decrease the spread and keep everybody safe. We never had the choice of staying home and being home, and we had to come in with the fear that we might bring this disease to our children,” Mirante said. “And I'm sure Dr. Kirke feels terribly guilty that she brought a disease home to her children. So it's not even just about us getting it — it's about us bringing it to our families.”