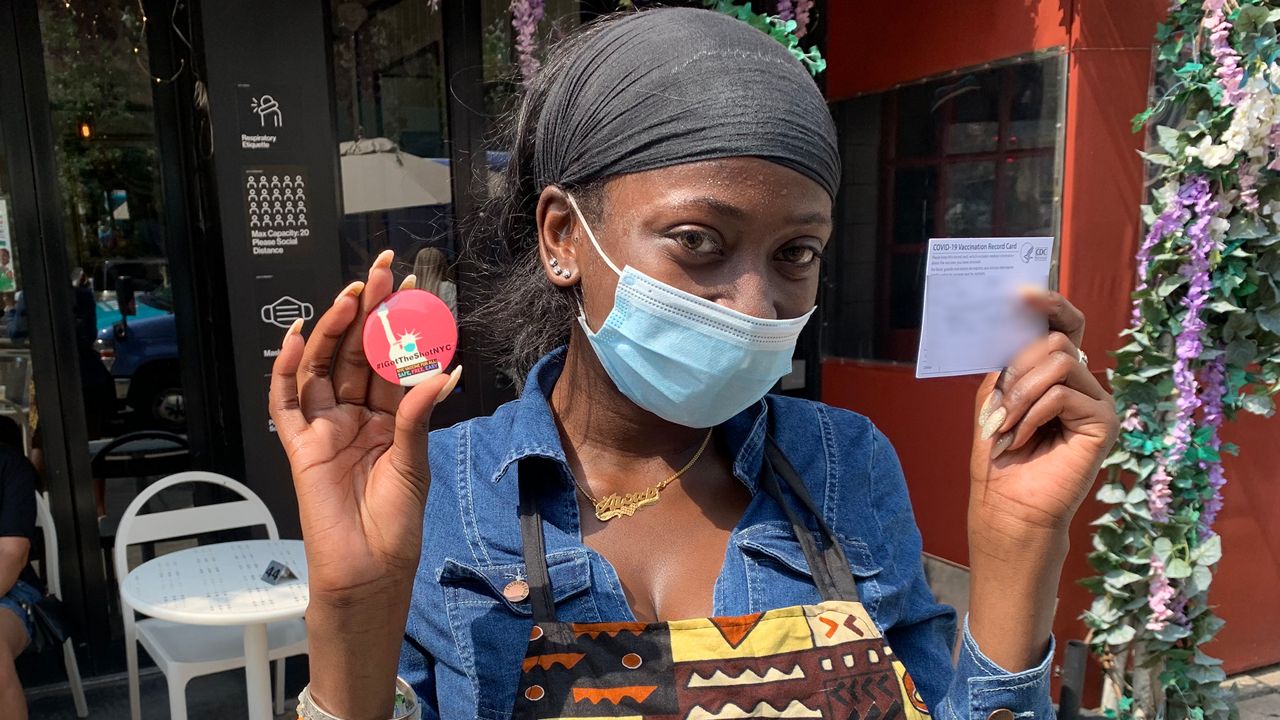 Awa Doumbya needed a moment before deciding if she would get the vaccine at a pop up mobile unit in Harlem.

“I was going through a lot of emotions because I didn’t trust the vaccine to be honest with you. I needed to talk to my mom. I was crying, but I realized I just want normal back,” Doumbya said.

The mobile bus was part of a city event hosted by Melba’s Restaurant.

For some staff members like Doumbya, getting the vaccine was a last-minute choice.

“I didn’t have any plans on getting it," she said. "We were here for a meeting at 9:30 in the morning, and we were supposed to be done and gone by the time the truck arrived, but I ended up staying.”

Doumbya admitted that she feared the vaccine.

“I’m hearing a lot of things, especially from the young black community, the young African community, we're not trusting it,” she said.

Part of the pop up included health professionals of color answering questions to dispel hesitancy.

“There’s lots of information that’s not correct that’s going on in the community, which is why we want professionals here so we can talk and make people feel more confident,” said Dr. Ayrenne Adams with NYC Health + Hospitals.

Back in April, the city launched mobile vaccination units, saying they wanted to make vaccines more accessible in priority neighborhoods such Harlem.

“You don’t even have to go to it. It's coming to you. I don’t have to go to the hospital, you know. Hospitals are funny these days,” Doumbya said.

Doumbya said staff at the site also made her feel supported.

“They held my hand throughout the process. I’m feeling confident right now,” she said.

For Doumbya, there was only one thing she wanted to do after getting here first dose: call mom.