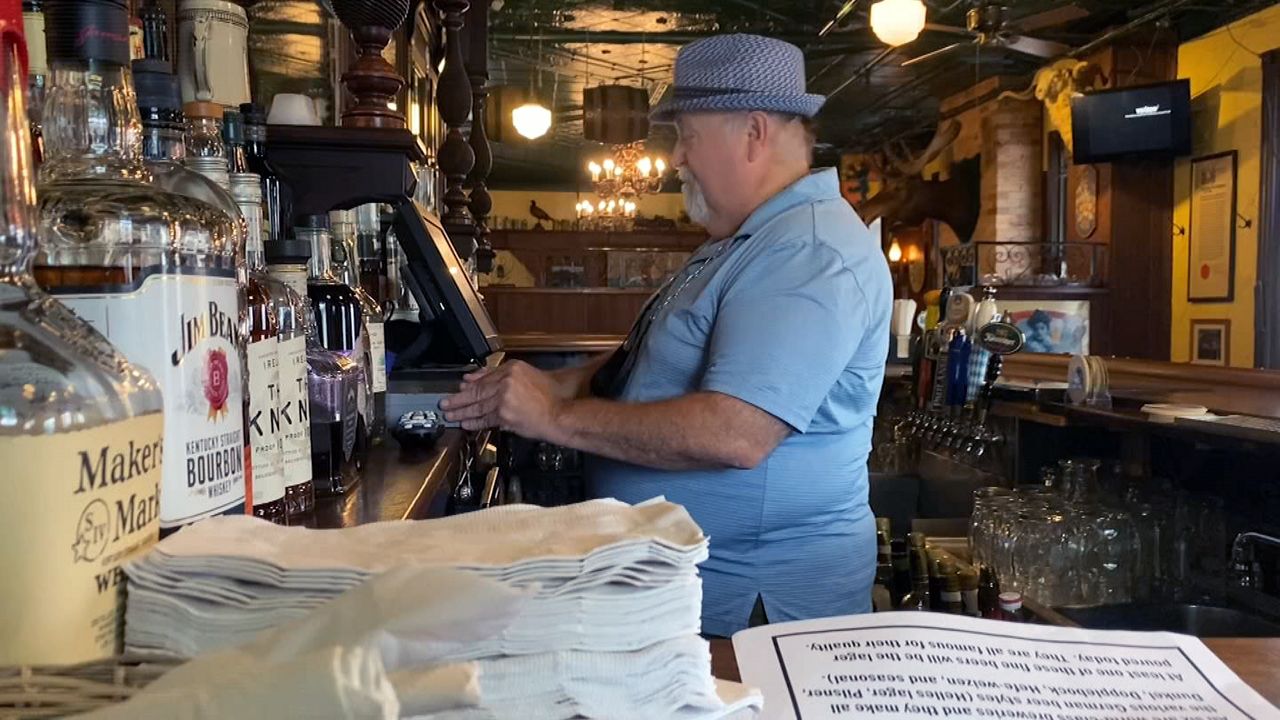 Killmeyer’s Old Bavaria Inn has been in business in Staten Island’s Charleston neighborhood since 1907, an area that now has one of the highest rates of COVID-19 infection in the city.

“Around four years ago, I had a kidney transplant. My wife gave me one of her kidneys," Tirado said.

Tirado said his medication leaves him immunocompromised, making him eligible for the third shot.

“I have to be careful. So when this delta variant came around and they started talking about a special category of high-risk people getting a booster shot, my wife, immediately looking out for her kidney, said, ‘Look into that,'" Tirado said.

The bar is located in ZIP code 10309, which has a positivity rate of more than 6%, the fifth-highest rate of COVID-19 infections in the five boroughs.

Tirado said his business already suffered from the pandemic, and now, the new vaccine mandate for indoor eating has kept customers away - another reason for him to stay healthy.

“Frankly, we put up with a lot, and so did everyone else in the restaurant industry. I have to run this business, so I don't have the luxury of being casual about this sort of thing. If I get sick, I’m going to get very sick and I’m going to be in the hospital, and I have to run my business," Tirado said.

Tirado said he’s followed health protocols this whole time, and he hopes that others will understand that he needs keep doing so to keep himself, his customers and his business safe.

“Everyone’s entitled to their opinion, but if the city says, 'I’m going to shut you down if you don't do x, y or z,' I’m going to begrudgingly and unhappily do whatever I have to do to stay in business," Tirado said.