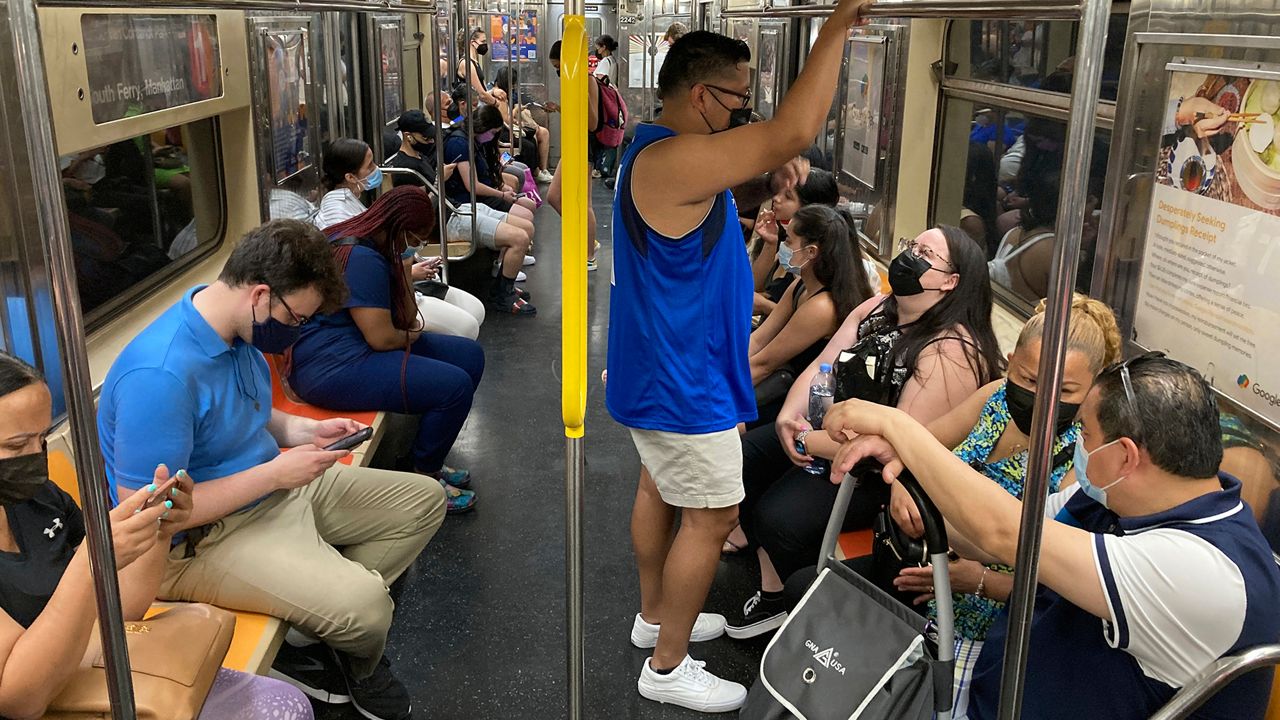 The numbers are not in dispute: COVID-19 is on the rise in New York City, with cases now topping 500 a day.

With the spread of the more contagious Delta variant and a slowdown in vaccinations, some want to see the return of an indoor mask mandate, including Public Advocate Jumaane Williams and City Councilman Mark Levine, a prominent voice on the issue.

We need to reverse this trend.

It's time to renew the indoor mask mandate, including for those who are vax'd.

But Mayor Bill de Blasio, at least for now, is rejecting the idea.

“Vaccination is the answer,” he said at his daily briefing Monday.

“Some other localities have started,” he said in an interview. “Yesterday, the surgeon general endorsed the idea. And because of the rapid rise in cases in New York City, I think the time to do it is now.”

Indoor masks (especially with no ventilation) should be mandated again

De Blasio said masks don’t go to the root of the problem.

“Let's address the problem by getting more people vaccinated, and going right at it and knocking down this variant,” he said. “You know, a mask doesn't arrest the progress of the variant. Vaccination does.”

But Levine said it’s risky to have so many maskless people in crowded public settings, as is increasingly the norm.

“This honor system where you say people can just wear the mask if they want, and you hope that folks who are unvaccinated do, it doesn’t work in practice,” he said. “Really, you need to have kind of a culture of everyone wearing the mask, or in the end, no one does.”

“Even though we were recommending that several months ago,” said city Health Commissioner Dr. David Chokshi, “it is actually a more dangerous time right now to be unvaccinated, given how contagious the delta variant is.”