An artist's illustration of the Circle of Heroes monument. Photo courtesy of the governor's office.

NEW YORK — Battery Park City residents at a sit-in say they're hoping to convince Gov. Andrew Cuomo to drop plans for a monument to essential workers in their neighborhood, worried that they'll lose a vital part of Rockefeller Park. 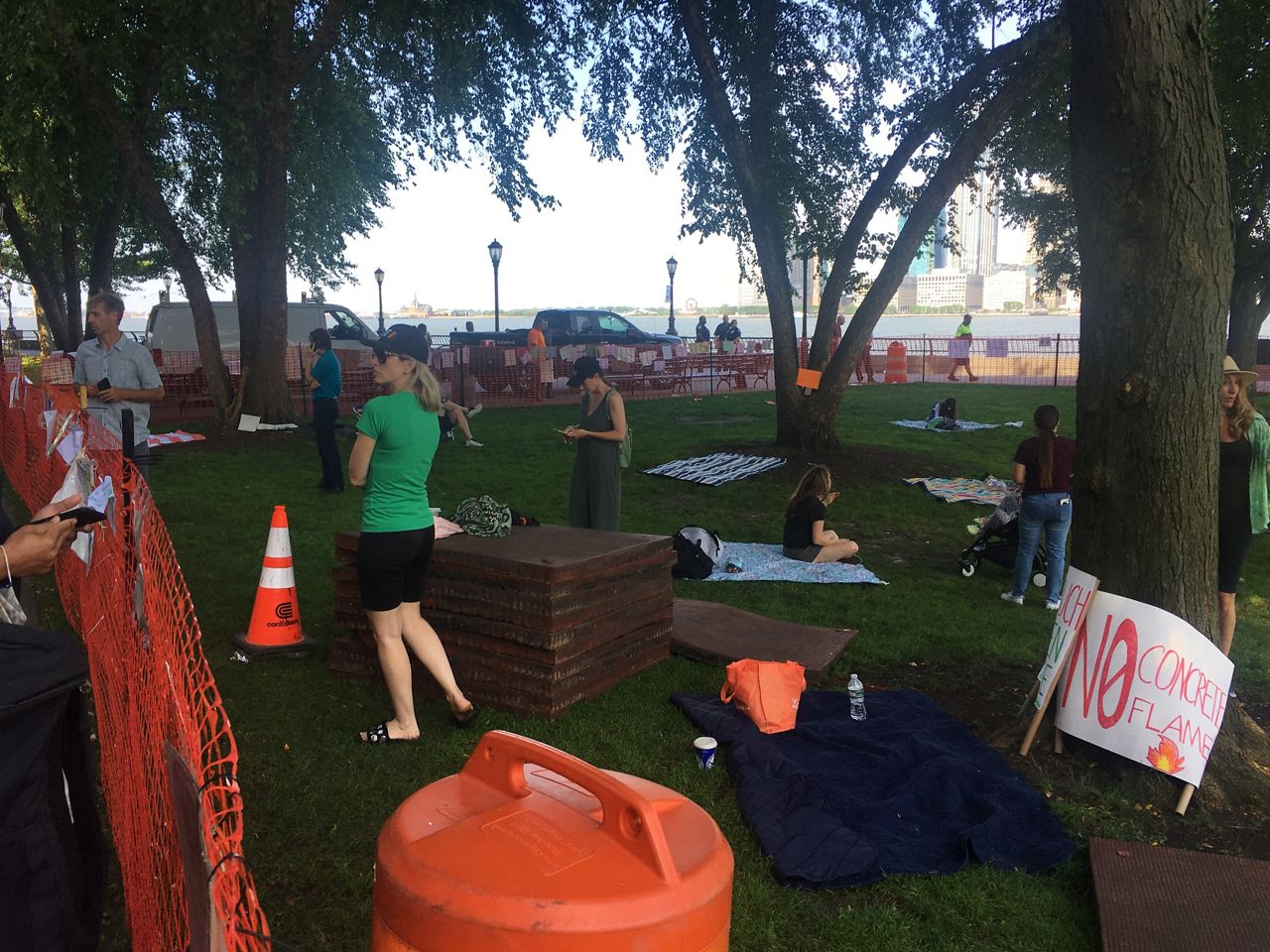 Battery Park City residents at a sit-in over plans, announced by Gov. Andrew Cuomo, to build a monument to essential workers. NY1/Philip O'Driscoll.

"Our primary objective is to preserve this green space," Jennifer Haran said.

"Kids play here, there's soccer games, there's T-ball games on the weekend, people sunbathing," Haran added. "Really, everyone from our community and beyond uses this space."


Last week, Cuomo unveiled plans to rename the area Essential Worker Park. The centerpiece will be a Circle of Heroes monument to honor the thousands of workers who kept the city and hospitals going throughout the worst of the coronavirus pandemic with an eternal flame to represent the state's "everlasting gratitude."

“There's going to be a lot of concrete," Haran said. "We don't necessarily need a fire monument."

"This is something that's dangerous," Judi Beecher said.

State officials say the completed monument will use just 2% of the current lawn space.

“We’re proud to be planting 19 trees for a life-affirming monument in a destination park made for all New Yorkers to enjoy, in the shadow of the symbol of New York's resilience and openness. This location was chosen in an open process by 23 leaders representing hundreds of thousands of essential workers, and the site design allows for people to continue to enjoy the park space. We look forward to working with everyone who uses this public space and to seeing generations of New Yorkers from across the state enjoy and celebrate this monument," spokesperson Jordan Bennett said.

But residents like Rafael Torres, who, as an emergency room physician is also an essential worker, says the community deserves to have input.

"I think it's the right thing to do to honor all the essential workers who got up every day and through fear went to work for the community," Torres said. "But at the same time, is it the right location? Is it the right scope?"

The demonstrators say they back an effort to tribute to honor front-line workers, but hope for one they say doesn't change the character of their community.

"This is the reason that we moved here…and pay the rents that we do," Beecher said. "To be able to have this to use."