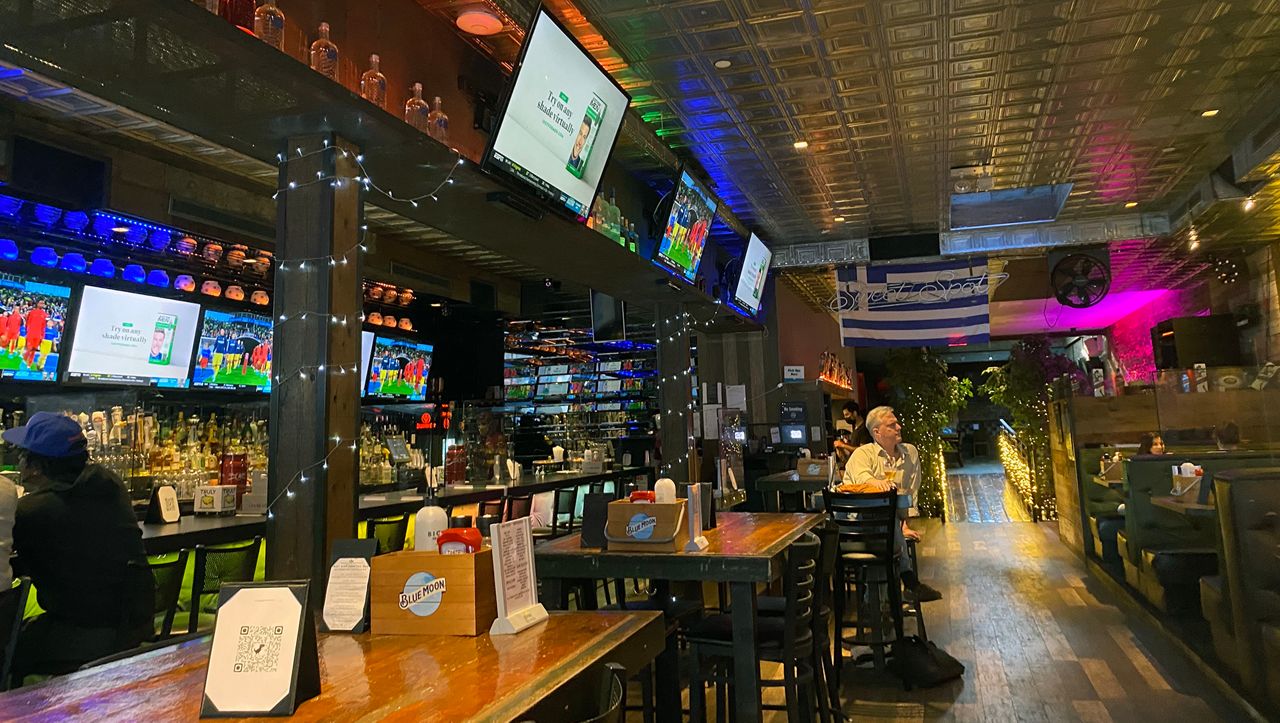 The indoor dining curfew has now been lifted across the state.

Harry Panagiotopoulos, the owner of the Sweet Spot in Astoria, had been waiting months for the curfew on indoor dining to be lifted.

On Monday, the curfew ended. Now, indoor dining at NYC establishments can continue past midnight.

"It’s the biggest relief, it really is. I actually slept last night, you know, for the first time in a year," Panagiotopoulos said.

Back in March, Panagiotopoulos told NY1 that curfew was the biggest impediment to his business and its survival. Now, with the midnight curfew for indoor dining in the rearview mirror, he can begin to welcome back customers who come in to catch a game or a pay-per-view event.

"The curfew was affecting our business more than anything," Panagiotopoulos said. "We’re a sports bar. There are west coast events, there are pay-per-view events that start at midnight. So, for us, basically it was double whammy. We had to close before events finished, and we had to close before events started. So now, at least we get our business as a sports bar, and we can function as what we are."

Restaurant and bar owners are not the only ones encouraged by the change. Thousands of employees in the hospitality sector, including bartenders, also stand to benefit.

John Soul, the head bartender at Sweet Spot, said they wont have to rush people out the door anymore.

“There will be instances where the private events can also run a lot later. So that’s always nice," Soul said. "Like I said, everyone wants to have fun, and it's very difficult to have fun before maybe 10, 11 o’clock on a weekend,” said Soul.

Meanwhile, as places like Sweet Spot have been able to get a by with outdoor dining and limited indoor dining, there have been other businesses in the industry that haven’t been able to operate at all under the state’s old COVID-19 guidelines.

“Some of these small businesses are going to open up for the first time in 15 months so while there is still a long road to recovery lifting the curfew is a very important step to getting us back,” said Andrew Rigie, who is with the NYC Hospitality Alliance.

The question is whether locals will welcome the return of these late-night activities and options.

Some people who spoke with NY1 said that they are just itching to get out, but others said that they’ll come back as the time goes on.

“I probably will, like once a month maybe. I’m like getting older now, so I’m not so into going out,” said Neha Savant, who has lived in NYC for the last four-and-a-half years.

There are also other NYC residents who said that the curfew really never bothered them because they prefer to stay at home.

“I’m more of a quiet person so I'll be inside anyways at that time. I like my sleep,” said resident David Munoz.

Outdoor dining is still limited by a midnight curfew at most NYC establishments. While New York State did drop its outdoor dining curfew earlier this month, there’s still a city regulation that limits their operating hours to midnight.

The midnight curfew for outdoor dining is still in effect for restaurants that only added the option as a result of the city’s Open Restaurants program, which started after the pandemic began.