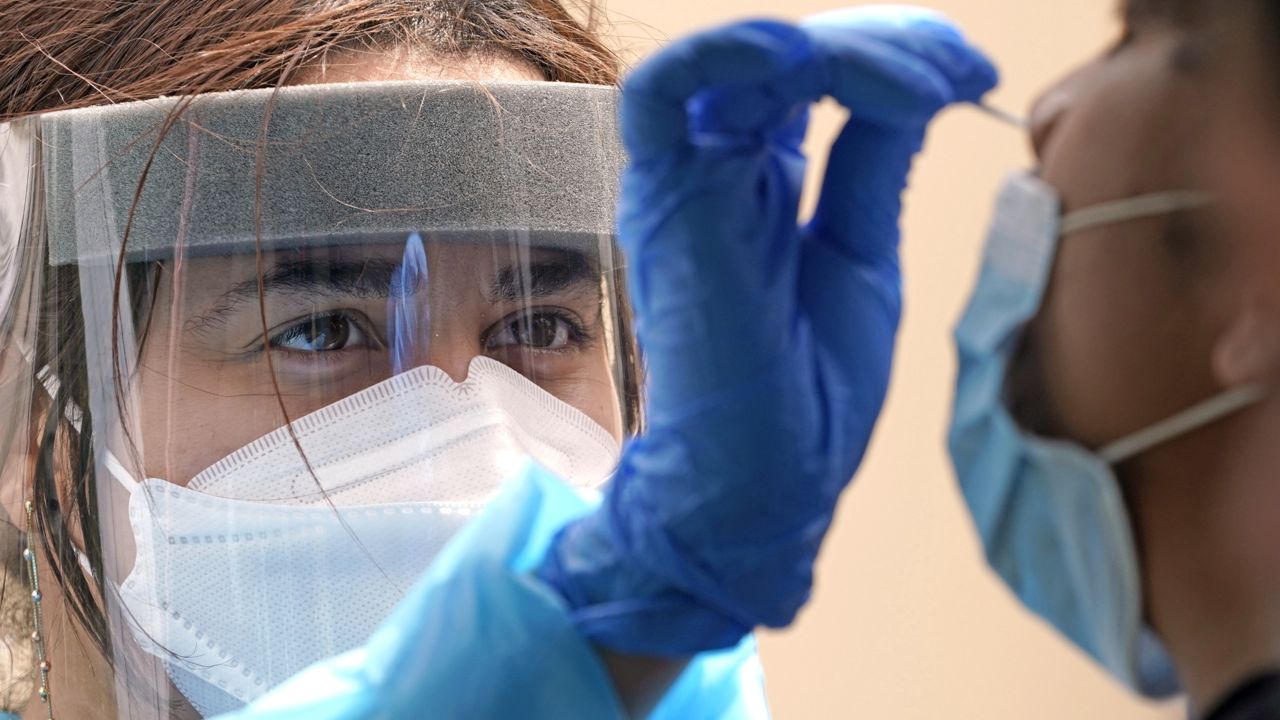 Over the last year, NYC residents have become accustomed to getting updates from both the mayor and the governor on the state and city’s COVID-19 positivity rate.

“The latest numbers, 0.7% positivity which is the lowest since August 30,” said Gov. Andrew Cuomo on Tuesday.

“This is a really great number: 1.1%. Let’s keep pushing it down. Let’s get it below one,” said Mayor Bill de Blasio during a press conference Wednesday.

Officials have been touting the decline in the COVID-19 positivity rate as their way of tracking the city and state’s progress in the fight against COVID-19.

The positivity rate is calculated based on the percent of people tested who receive positive results on any given day.

A closer look at the data set used to calculate that figure shows that it relies heavily on the number of tests being administered to create a clear picture of current infections across the city.

“We have to remember that it’s the prevalence of the virus among the people who are testing for the virus not among all New Yorkers,” said Dr. Denis Nash, a Professor of Epidemiology at CUNY.

According to data collected by New York State, COVID-19 testing across the city has taken a dive in the last month.

On April 16, a whopping 30,000 tests were administered in New York County alone.

Local health officials said on Wednesday that this was something they expected.

“The only major tool that we had from the public health approach was to have testing and tracing. Now as Dr. Chokshi has discussed, we have an incredibly powerful tool, vaccination. So, those people who are fully vaccinated don't need to participate in the routine testing that we have,” said Dr. Jay Varma, Senior Advisor for Public Health at Office of the Mayor of NYC.

The shift comes after the Centers for Disease Control and Prevention announced it was no longer recommending testing for those who are fully vaccinated.

The CDC said, however, they are still recommending that unvaccinated people still get tested regularly.

“I would emphasize for people who remain unvaccinated, testing remains a very important part of our layered approach to keeping people safe,” said Dr. David Chokshi, the city's health commissioner.