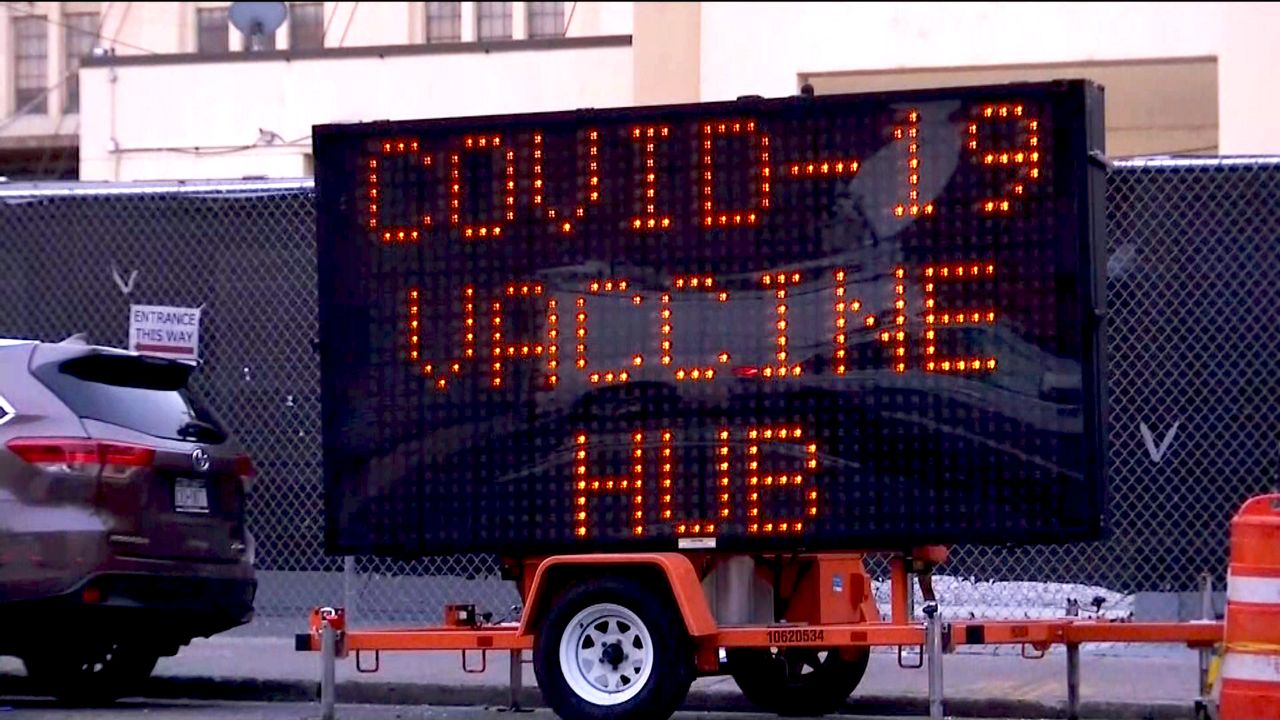 As teachers are asked to help keep city schools open and running, one public school teacher says getting the vaccine to stay protected has been an uphill battle. Her complaints comes as the mayor warns that the city's vaccine supply may run out before the end of the week.

"I was just hoping I could have one shot in my arm I would feel so much better going into work because I am an in-person teacher" said Kathryn McGrath.

McGrath says getting that first dose of the COVID-19 vaccine has been a game of cat and mouse. As an elementary school teacher who's been in quarantine because of positive cases at her school, she was relieved to get an appointment for this past Sunday, but that relief didn't last long.

"The day before, Saturday night, someone called me and said that they had to reschedule my appointment.  When I asked them why, the woman had no answer for me" said McGrath.

Her appointment at the Brooklyn Army Terminal was cancelled and rescheduled for this coming weekend, just as the mayor warns the city's vaccine supply may be depleted by then.

"At this rate, we are going we will begin to run out on Thursday" said de Blasio.

At his briefing Tuesday, de Blasio says more than 220,000 people in the city were vaccinated last week. But, with a Tuesday supply shipment delivering about 53,000 doses, he's now calling on vaccine manufacturers, and federal and state officials to send more doses.

"If we don't get more vaccine quickly, a new supply of vaccine, we will have to cancel appointments and no longer give shots after Thursday or the remainder of the week at a lot of our sites" said the mayor.

The Brooklyn Army Terminal, where McGrath is scheduled to get vaccinated, has already seen problems. It was closed abruptly last week because of a shortage of doses.

"It's just very frustrating the lack of sort of information that we're getting" said McGrath. "I definitely thought it would be a lot easier process."

Both she and the mayor are hoping the incoming Biden administration will help keep New York vaccinations sites stocked.

"The good news is, I guess that they seem to be rescheduling, but I don't know what's going to happen if we don't get more vaccines."