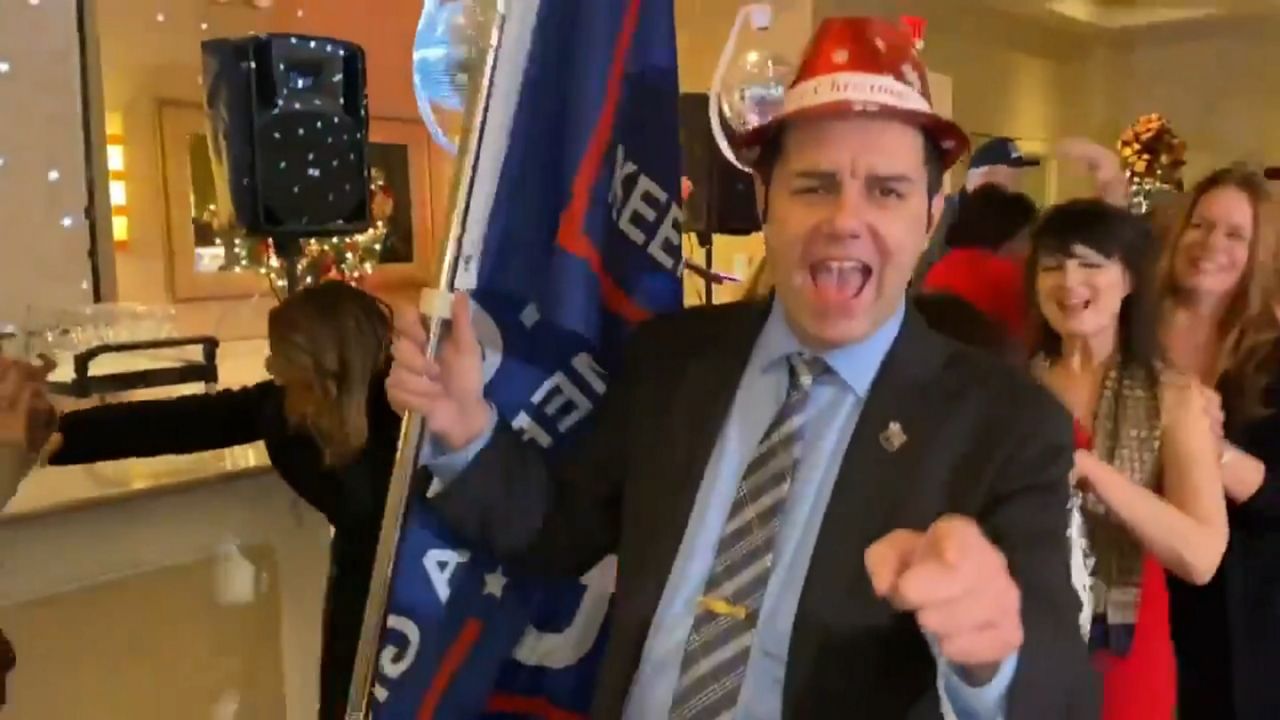 QUEENS, N.Y. — Maskless partygoers hopped on a conga line at an indoor holiday party at a Queens restaurant.

Video from the bash shows members of the Whitestone Republican Club blatantly ignoring COVID-19 restrictions at the gathering earlier this month.

Residents of the community in northeastern Queens were shocked when NY1 showed them the video.

“This is no joke. People’s lives are at risk,” said Daniel Barnabe.

According its website, the Whitestone Republican Club held its second annual Christmas party on Dec. 9.

The gathering of roughly 50 people was held at Il Bacco, a restaurant in Little Neck which sued Gov. Andrew Cuomo back in September to resume indoor dining.

Mayor de Blasio was asked about the video on NY1’s "Inside City Hall".

“Anyone who violates the state rules, we are going to deal with. We have been giving out really serious fines to people who organize events or host events, so I am certain the sheriff and other city agencies are going to follow up," said the mayor.

Among the maskless dancers is City Council candidate Vickie Paladino, who's running for the District 19 seat currently held by term-limited Councilman Paul Vallone.

At the time of the party, indoor dinning in the city was permitted at 25%.

Many took to social media to criticize the group for holding the gathering.

As a result, the club began hiding the comments on their Facebook page.

Michael Sheard, a security guard at a nearby hospital, says it's disappointing.

"At the end of the day, we come here to the hospital and try to make sure people are safe. We try to keep people happy and healthy so they can get back to their loved ones, so they can have Christmas and New Year’s -- so sometimes it is frustrating to see," said Sheard.

A spokesperson with the Whitestone Republican Club said the group held the event to unwind after a tough election season, adding, “We held an intimate gathering observing all the COVID guidelines in place at the time, every attendee was told to wear a mask, and everyone had one when entering, or was given one.”

In a statement, Il Bacco said, “That party was absolutely not in violation. We did exactly as we were told. Every single person that walked into the business was checked in, wore a mask and given a temperature check.”