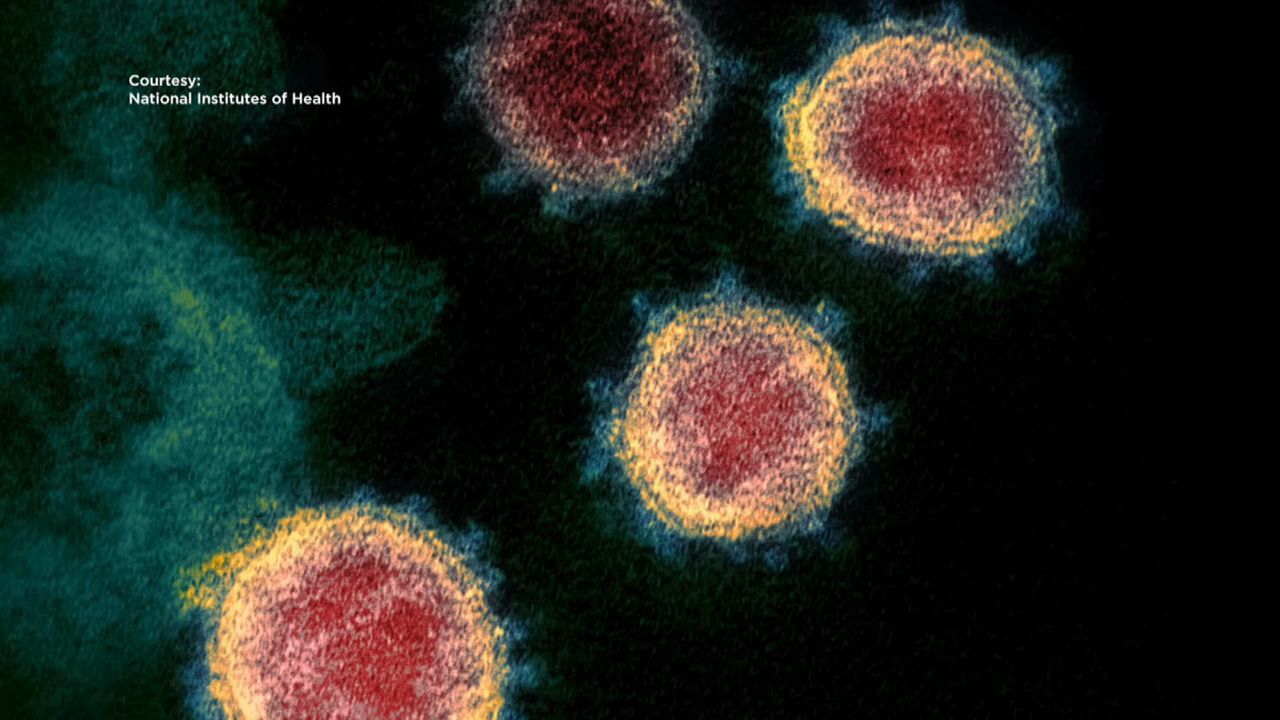 There are a total of five cases in New York City. They include four New York City residents and a Westchester man who was hospitalized in the city.

"This is a brand new disease. The global medical community is still trying to understand it. There are just still things that we just don't understand about the disease," de Blasio said in the early evening. "And again, it is a disease with no cure at this point and no vaccine." According to Cuomo, the 11 newest cases identified in the later Friday afternoon press conference include eight in Westchester and three in Nassau County. The newest patients range in age from 7 to 82 years old.

The 11 statewide cases confirmed in the governor's earlier Friday briefing include a Manhattan resident. De Blasio says the patient is a 51-year-old Upper West Side resident who is mildly symptomatic. He had no pre-existing conditions and was isolated at home.

The mayor said the man's wife and three daughters — who are 8, 10 and 11 years old — were mildly symptomatic, meaning they had cold-like symptoms. They were all tested Friday and their test results were pending.

The governor said all 11 cases announced in the early afternoon, including the Upper West Side resident, were tied to the Westchester man who has been the cause of most of the spread across New York state. He added that the state suspects the cases announced later in the afternoon were also tied to already existing cases, but added that it is still uncertain at this time.

Of the 10 new non-New York City cases the governor announced earlier Friday, three are members of the congregation of Young Israel, a synagogue-based Orthodox Judaism organization; two are friends; two people worked at a bat mitzvah at Young Israel; and three are connected to the Westchester man's stay at Lawrence Hospital in Bronxville.

Nine total people in New York City, and 44 statewide, are under "mandatory quarantine." This means they've either tested positive, been within at least six feet of someone who has, returned from an at-risk country with symptoms, or have been isolated by a local health provider or department, according to Cuomo.

These at-risk countries refer to those with Level 2 or 3 Health Notices from the Centers for Disease Control and Prevention (CDC).

In addition, 2,700 city residents, 1,000 in Westchester — 4,000 state residents overall — were under "precautionary quarantine" as of Friday. This means they have not had direct exposure to someone diagnosed, but have either returned from a country with CDC Level 2 or 3 health notices without symptoms, or a local health provider or department believes the person should be isolated.

There is an order of priority for testing, defined below (1 through 5): pic.twitter.com/QskrxtNcwm

The mayor's office sent a letter to the CDC on Friday asking for more coronavirus testing kits.

Letter sent to CDC from @NYCMayorsOffice asking for more #coronavirus testing kits. @VP has said there is a shortage. pic.twitter.com/kINjWrelll

De Blasio says the city can now conduct hundreds of tests a day, thanks to "substantial new testing that has come online through the private sector," but he says he would like the city to be able to do thousands of tests a day, which is why the city is seeking help from the federal government.

"The number of tests we can perform, those numbers are getting better, but the speed and efficiency of the test is still not what we want it to be," de Blasio said. "We need the FDA to help us. The faster we can get turnaround on results, the more we can do to address the situation."

Vice President Mike Pence, who is in charge of the Trump administration's coronavirus response efforts, said on Friday that another 1 million tests will be available around the country by the end of the weekend, with at least 200,000 shipping on Saturday.

Two Manhattan residents tested positive for coronavirus on Thursday. This includes a man in his 40s with respiratory issues connected to smoking and vaping, and a woman in her 80s with illnesses related to her advanced age. Both were in critical condition in city hospitals. They were connected to neither travel nor any local cases.

A 42-year-old Nassau County man was hospitalized after also testing positive Thursday. An additional eight patients were diagnosed in Westchester that same day, though it is not clear if they were connected to the first Westchester man with the illness. All exhibited mild or no symptoms and were being quarantined.

The original Westchester man's wife, two sons, and daughter were diagnosed with coronavirus on Wednesday, after his diagnosis the day prior. Such was the case with the man's New Rochelle neighbor, who drove him to a hospital in Bronxville.

The Westchester man, an attorney in his 50s, has an underlying illness and was transferred to NewYork-Presbyterian for treatment. Because he was hospitalized in Manhattan, he was being considered in the count of five New York City cases. He is the only one of those five who is not a city resident. The man also works at a law firm in Midtown.

The man's friend and family, also from New Rochelle, tested positive as well. This includes a 46-year-old woman, her 45-year-old husband, and three of their children. All were being self-quarantined in their home.

The case of the Westchester man was the second confirmed case of coronavirus in New York. The first was that of a female health care worker who had recently traveled to Iran. She was being kept isolated in her Manhattan home. Her husband, who traveled with her, tested negative.

The mayor said on Friday evening that tests for the coronavirus that were taken by three public school teachers have all come back negative.

Since testing has been made available in the city, Cuomo says more positive results are inevitable.

"What is going to happen is the number will continue to go up," Cuomo said in a briefing on Thursday. "It must because we are continuing to test more and more."

We can't let cost be a barrier to access to COVID-19 testing for any New Yorker.

Cuomo said the virus can live on a hard surface for up to 24 hours after someone who is infected coughs or sneezes.

But the mayor's office maintains that traveling via bus and subway is safe. To demonstrate, de Blasio rode the subway in front of television cameras. He was filmed getting on at Fulton Street in lower Manhattan.

The governor went on to say that if people are nervous, they should avoid shaking hands or even hugging.

People are urged to take precautions like their washing hands and using hand sanitizer multiple times a day, much like people should do during the winter to avoid a cold or the flu. State health officials say coronavirus is actually less transmittable than the flu.

The city is also urging anyone exhibiting symptoms to get tested. These include fever, fatigue, and dry cough. Symptoms come on gradually. Some others include aches, nasal congestion, sore throat, and a runny nose.

This week Congress approved, and President Donald Trump signed, a supplemental appropriation of more than $8 billion to help fight coronavirus. Cuomo says New York's portion is a "drop in the bucket," which amounts to a "slight."

"The federal supplemental, that New York state would only get $35 million, is just shocking to me. Shocking," the governor said.

During a radio interview Friday morning, de Blasio got testy when it was suggested the messaging on coronavirus from the government has at times been inconsistent or confusing:


.@NYCMayor says #coronavirus can only survive for a few minutes on a hard surface, like a tabletop or chair after someone sneezes or coughs. That’s different from what @NYGovCuomo said Thursday which is that the virus can live for up to 24 hours outside the body.

"When you say I am confusing people, I am going to take a little offense to that," de Blasio said on WNYC's The Brian Lehrer Show. "I am the ultimate voice here who is taking the information from our health authorities and giving the people of New York City one message."

State officials say they will set up an unconditional travel insurance program. If New Yorkers buy into the insurance, they will have the option of cancelling travel plans for coronavirus or any other reason without any financial penalty.