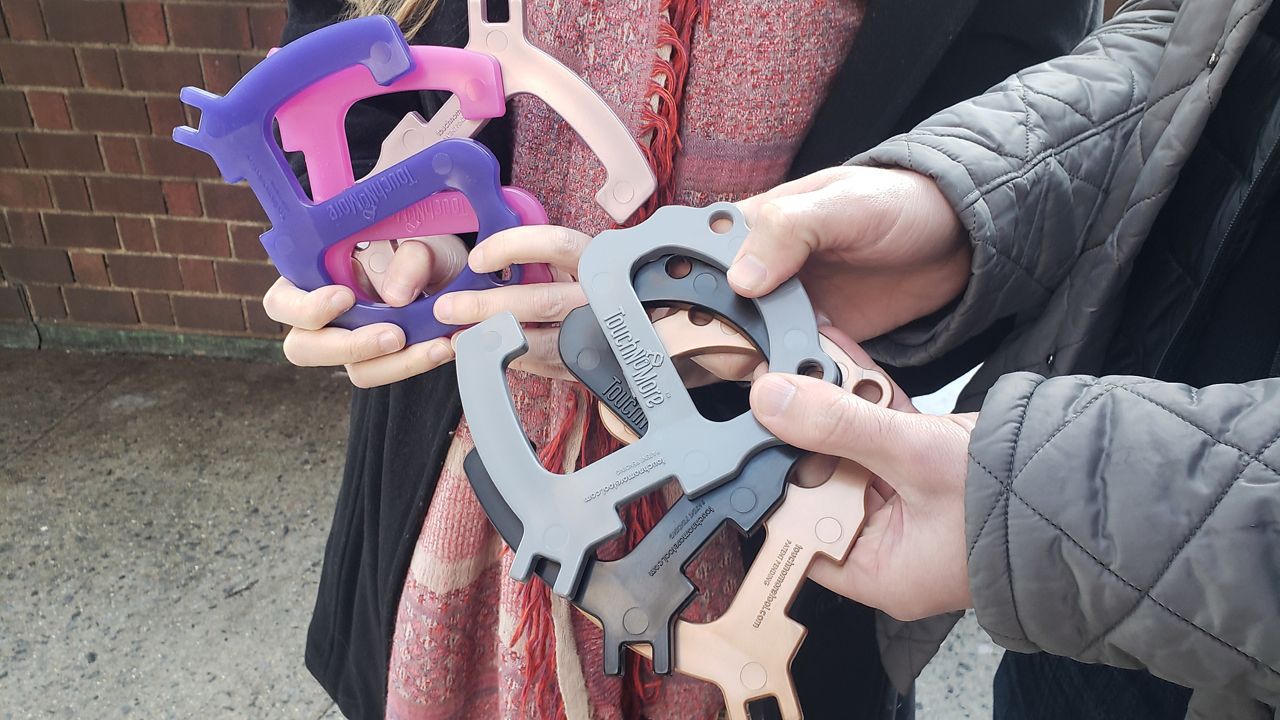 Even before the pandemic had all of us worried about the coronavirus, Seth Kessler would think about germs - especially when taking mass transit.

"Riding the subway, I always do the subway shuffle, you always try to keep your balance, without touching anything, it's hard," Kessler said.

He decided to get creative, inventing a device that he calls the Touch No More.

Kessler had some time on his hands after his work in commercial real estate dried up in the pandemic. He developed the no-touch tool with help of of his wife, Broadway actress Rachel Zatcoff, his two sisters and father, who owns a plastic injection molding factory in Ohio.

"Nobody likes to touch the subway poles in general, pre-covid but now that we're in covid, it's even more so," Kessler said.

"We've had so many people tell us that they would have loved something like this, before the pandemic," Zatcoff said.

The potential appeal of the Touch No More was clear when Kessler and Zatcoff demonstrated the tool on a downtown 5 train for NY1.

It immediately caught the attention of riders.

Kessler and Zatcoff handed out their invention to anyone who asked.

"You know how many thousands of people touch this," Efrain Quiñones, a commuter, said after getting one.

The couple says, it's a familiar reaction whenever commuters see their handy grip.

"Within a minute, somebody says, what is that? where can I get it? How much is it? Where can I find it?" Zatcoff said.

Kessler says, he would have used his own invention before the pandemic. The plastic, contains an additive that prevents microorganisms, like viruses, from sticking to it.

To prevent the coronavirus from spreading, the Centers for Disease Control recommends disinfecting surfaces on trains and in stations, which the MTA does, by shutting the system down for four hours every night for cleaning.