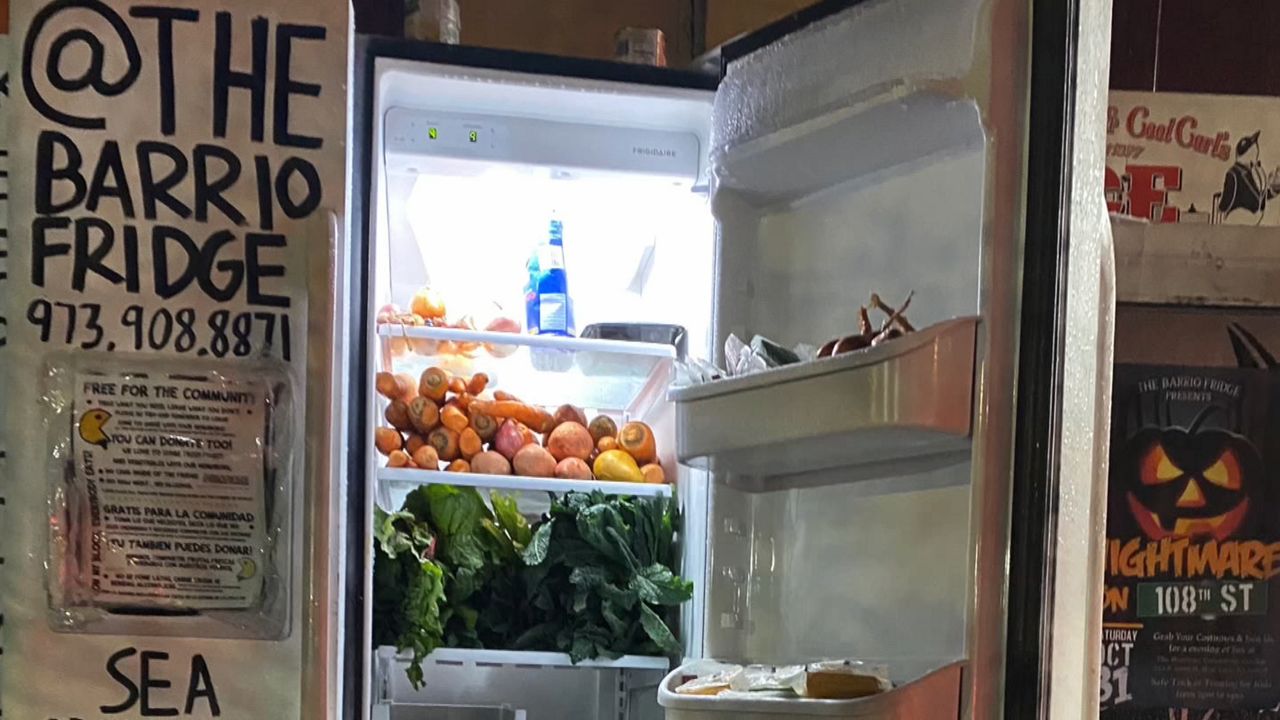 Growing Number of Community Refrigerators Offer Free Food, But Some are at Risk

One of the newer residents of Mott Haven is also one of the most popular. It is a refrigerator on East 141st Street and St. Ann Avenue, which is packed with fresh food for anyone who needs it.

Daniel Zauderer is a sixth-grade teacher in the neighborhood. He got the idea to set up a fridge on the sidewalk after realizing how many of his students don't have enough to eat at home.

“Mott Haven is a community that was really severely impacted by the pandemic. One in four residents in the Bronx is food insecure, and I know by just speaking to my students and their families,” Zauderer said.

The fridge has been there since September, and volunteers have to restock it with donated food often.

However, it may have to find a new home.

The Mott Haven Fridge is outside of a local bodega, which has supplied its electricity. Now, the bodega owner wants it moved.

Zauderer is worried what this will mean for the families that depend on it.

“Our fridge has done so much good for so many people, and the interaction in front of the fridge on a daily basis have been overwhelmingly positive,” he said.

A few miles away in East Harlem, the Barrio Fridge is at risk, too. The volunteers who run it have been collecting donations trough Cash App. Recently, there was a problem with their account. They called what they thought was a help line. It turned out to be a scam. All the money in the account was stolen.

“And all of a sudden, I just see the money go, and he just hangs up the phone. I call the number back again and they’re not picking up,” said co-founder Seantell Campbell.

Campbell and her friend Darrielle Carter are struggling to get the more than $3,000 back.

These two community fridges are in peril at the moment they are most needed: just before Thanksgiving. They are among the nearly 70 scattered across the city. It started with one fridge in Bedford-Stuyvesant, Brooklyn.

In Our Hearts has helped to launch most of the refrigerators. The group isn’t worried that these setbacks will slow down this movement.

“We need to be able to work with each in our communities and help each other. The forces that be that don’t want to see that happen. We need to oppose that,” said Thadeaus Umpster, who is with the community group.

There is now a push to save the Bronx and East Harlem fridges. Organizers believe that they will survive because they too are now part of these communities.