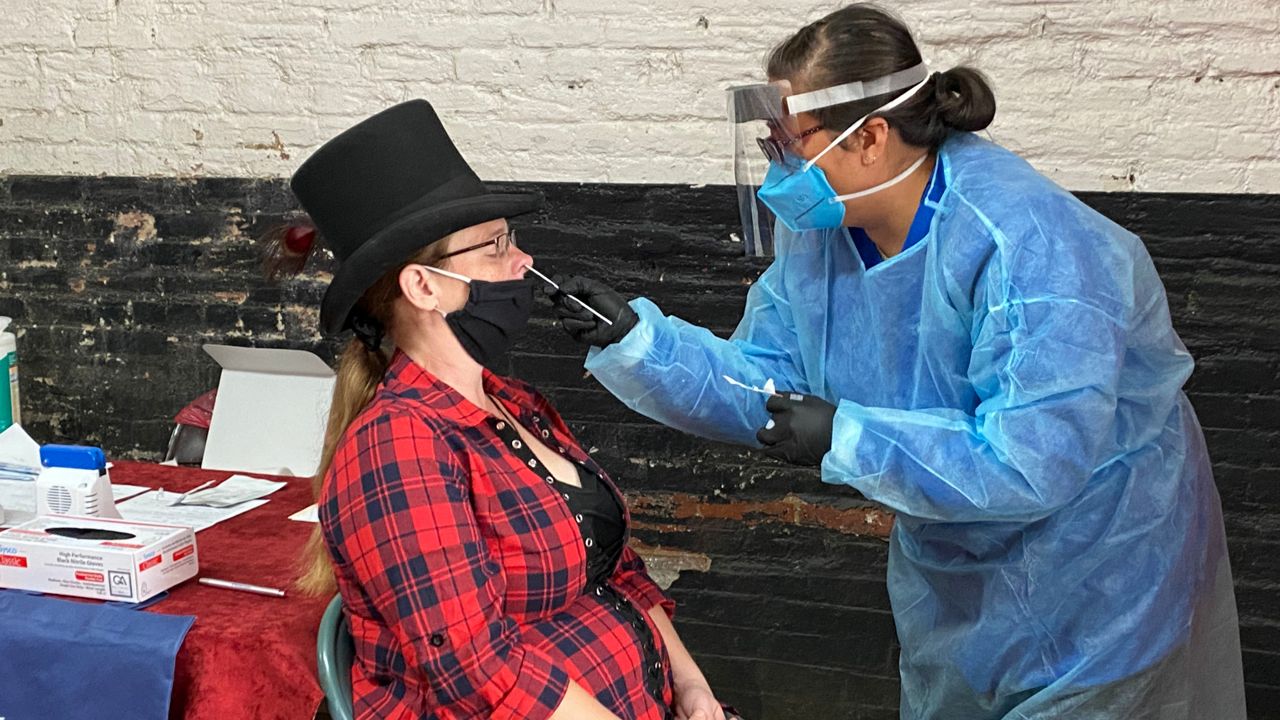 NEW YORK - It is back in the saddle for drivers and horses of Central Park’s iconic horse-drawn carriages.

“Absolutely delighted to be back. Couldn’t ask for a better day weather wise. Trying to get New York up and running again so here we are,” said Veteran carriage driver Connor McHugh.

Saturday is the first time rides resumed after being suspended in mid-March because of the coronavirus crisis.

But before returning to work, each driver was given a rapid COVID test.

All 12 of them testing negative. In normal times there is about 60 or so carriages in the park, but only a fifth have returned to work so that a safe social distance can be kept between carriages.

It's just one of the precautions being taken to keep both drivers and riders safe.

“Of course the face masks, hand sanitizer, wipe down the carriage. Basically common sense, try to be smart about the whole thing," explained Sean Boyle, another veteran driver.

Drivers say with less tourists in the city, they expect a tough fall and winter ahead, but are hopeful with many other attractions still closed or cancelled, that they can provide a sense of normalcy to the city.

“I Feel like this is the right time to come and celebrate and make memories for the lost time and occasions they missed out on,” added Frank Riccobono. With the return of the horse-drawn carriages comes the protests against them and the counter-protests in favor of them.

Some New Yorkers say they are happy to see carriages in the park again, but others think the horses would have preferred to remain at farms they have been staying at for the last six months.

“Truthfully I don’t really like them that much. I think the horses shouldn’t be used this way but everyone really loves it. I guess it’s like a staple in New York, but you know, just their treatment,” added another.

It’s unclear how often drivers will be tested and there is no indication that horses can contract or spread the virus, so no testing will be done on them. But drivers say the horses are happy to be back to work.