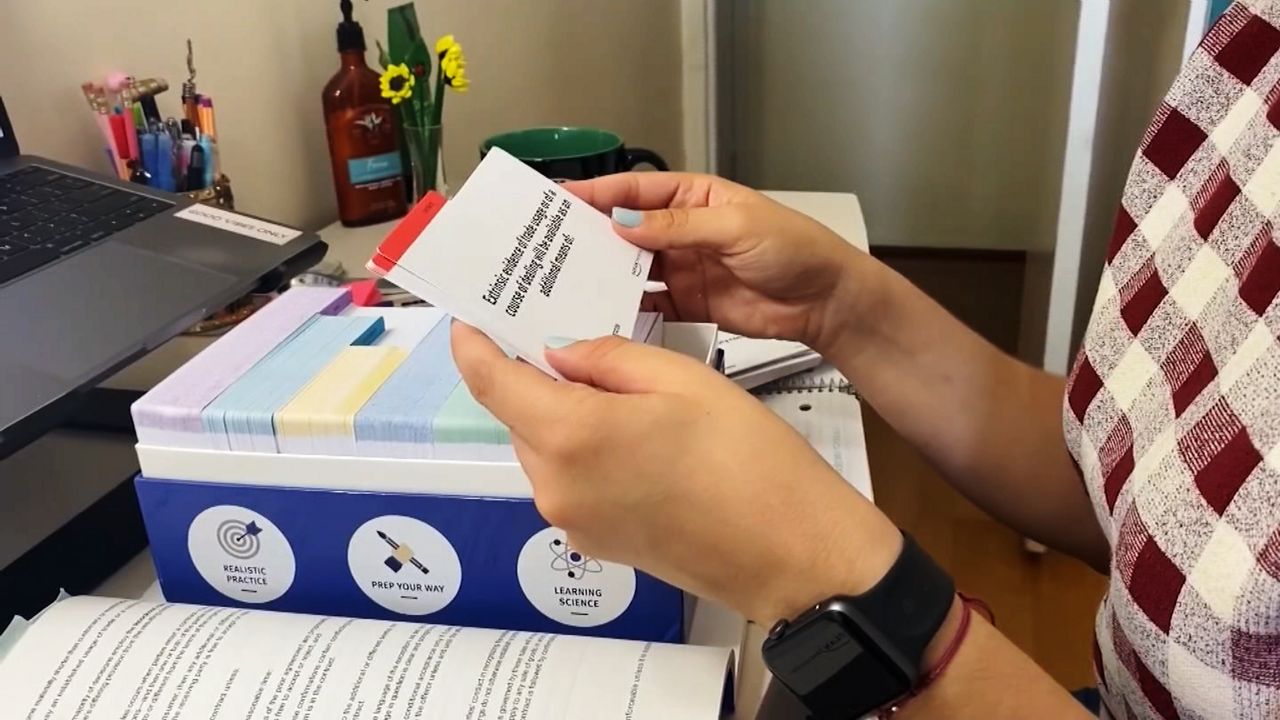 NEW YORK - After graduating from law school last spring, Mariam Chubinidze just wants to take the bar exam. Passing the test would make her a more attractive hire at a law firm, and she needs to pay back more than $200,000 in students loans.

“That’s my biggest worry right now: I don’t know when I’m gonna have the traditional full-time job; I don’t know how I’m gonna be making payments every month,” Chubinidze said.

She graduated from the Maurice A. Deane School of Law at Hofstra University back in May.

She was registered to take the bar exam in July, but it was postponed because of the pandemic. Now ,the soonest she can take it is in in October.

“I find at certain moments I just can’t breathe. My chest feels compressed and I know that’s an anxiety attack,” Chubinidze said.

NY1 has spoken to several recent law school graduates with similar stories. One says she was supposed to begin at a large city law firm in September, but her start date was pushed to January because of the Bar Exam getting delayed. She is forgoing four months of pay.

The dean of career services at the Cardozo School of Law, Carey Grand, said the delayed exam is causing a tremendous financial burden for some recent law graduates.

"If I could rewrite history, I would have like to have seen more certainty about a date,” Grand said. "For someone who was really relying on these funds and maybe not getting support themselves, or supporting other people, this has been a real, substantial blow."

We reached out to the National Conference of Bar Examiners, which administers the Bar exam. It said it understands the enormous challenges facing law graduates during the pandemic and it "appreciates the resiliency they have shown in adapting to the changing circumstances."