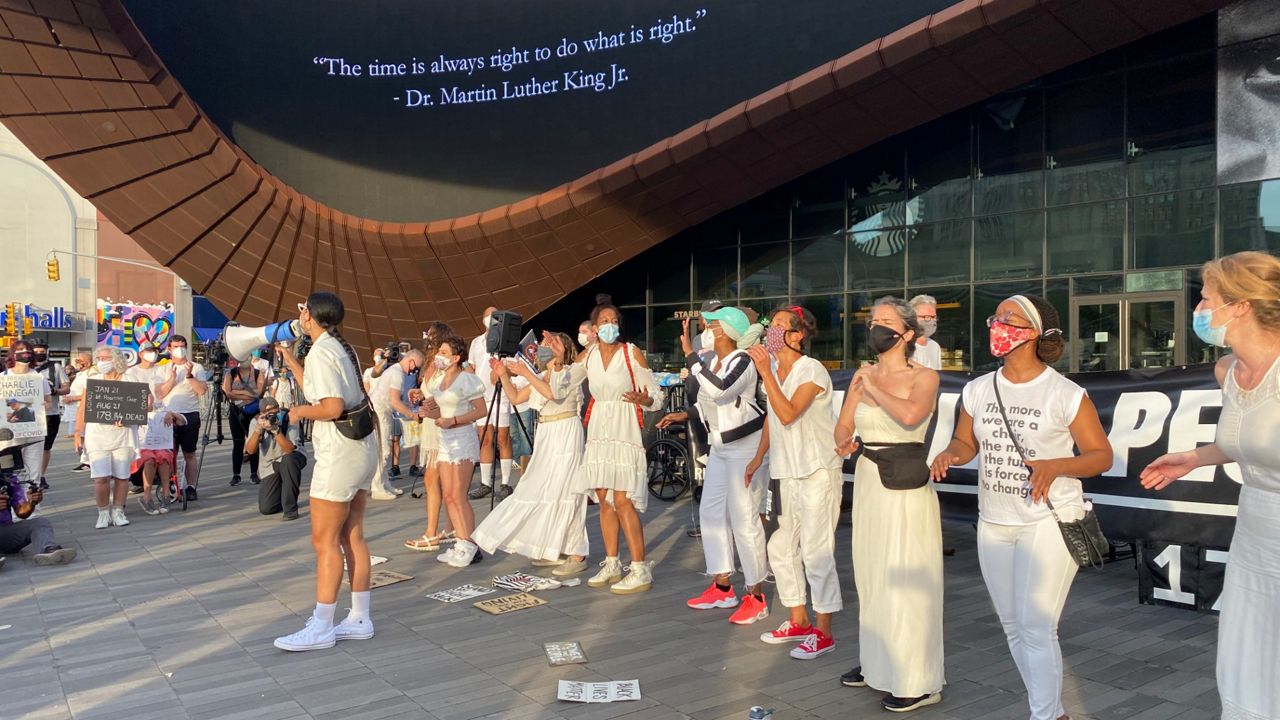 Demonstrators "March for the Dead" Across the Brooklyn Bridge

Demonstrators wearing white, and holding candles and photos of those who have died from the coronavirus, marched over the Brooklyn Bridge Friday night.

“We are hurting, we are struggling and we are taking it to the streets to let it be known," said Alana Cantillo, the Senior Director of Advocacy at the New York Immigration Coalition.

They called it a March for the Dead to denounce the federal government’s response to COVID-19 while remembering and honoring the more than 170,000 Americans who have perished because of the virus.

“Policies around the coronavirus feel nonexistent. The mounting feels nonexistent. There hasn’t been any sympathy from the president, from the GOP and the people who surround him," said Mark Quinn, one of the organizers of the march.

Quinn lost his father to COVID on Wednesday.

Some demonstrators were there with other messages for the Trump administration.

But for Lynn Henrey, it was personal.

She lost her aunt to the virus in April, and then her job.

Nathan Bunce, who lost his mother during the pandemic, says it was comforting to be joined by others who had experienced similar losses.

“I am sure like me they are still mourning their loved ones," he said.

Organizers say this march was held in solidarity with several others happening at the same time in major cities across the country.