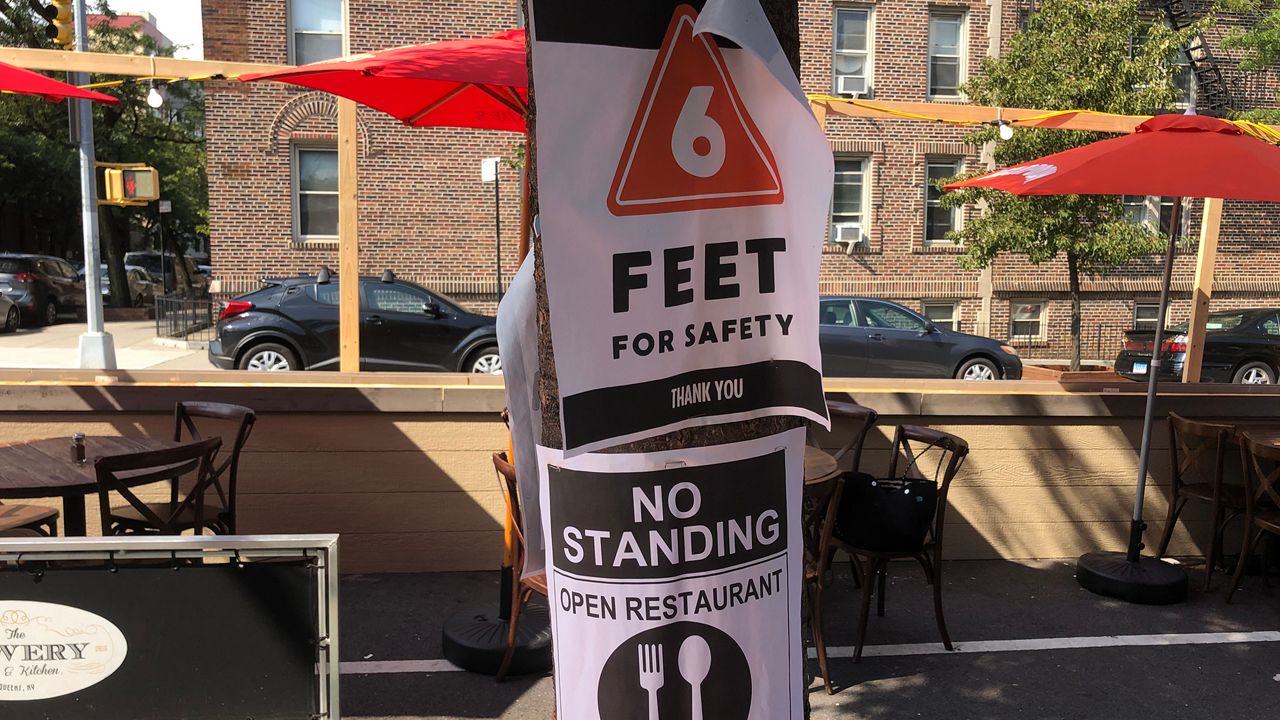 NEW YORK - Updated guidance from the State Liquor Authority has restaurants and bars scrambling with the latest guidance, which requires diners to order "substantial food" when ordering alcohol. That means chips and small bar snacks just won't be enough.

“Now we have to take time out to explain to people that they can’t just order a beer and a bag of chips and they have to order more,” said the owner of Lowery Bar & Kitchen, Anne Muldoon.

The restaurant, located in Sunnyside,Queens, is struggling to adjust to that new guidance from the State Liquor Authority, which was issued after bars violated the spirit of rules issued last week to keep customers from spreading the coronavirus.

Those rules forbid bars and restaurants from serving alcohol to customers who did not order food. The idea was to prevent people from clustering in groups, but bars were getting around the rules by selling token amounts of snack foods, grapes or cheese. One upstate bar was even selling "cuomo chips" for $1.

Muldoon offered chips too, but now customers will have to order from her full menu. “It was great. Grab a cocktail, some chips, no problem. Sometimes people don’t want popcorn or chips or a slice of pizza,” Muldoon said.

In its new guidance, the liquor authority says chicken wings, hot dogs and salads qualify as a "substantial food" that can be puchased with a drink, but chips do not.

According to Muldoon, the new rules mean bars will turn away customers and that’s the last thing they need now.

“We have one lady who comes in who has high food allergies. She never eats out, but has a couple glasses of wine and it’s a little freedom and now we have to tell her she has to order food. So she walks out our doors. Every customer counts right now,” she said.

Dukes Restaurant and Bar closed its two Manhattan locations and opened a pop-up site on Park Avenue South. Owner Michael Schatzberg said he welcomes the new guidance, because customers will have to spend more money. He added that the pandemic has completely changed the bar culture, especially how people interact.

“It’s mingling amongst a preset group where you may have gone to a bar in the past and said, 'Hey, I’m going to meet some people.' You’re kind of setting up who you meet with before you go out,”  Schatzberg said.

A new bar and dining scene: that’s one more ripple effect from the coronavirus pandemic.