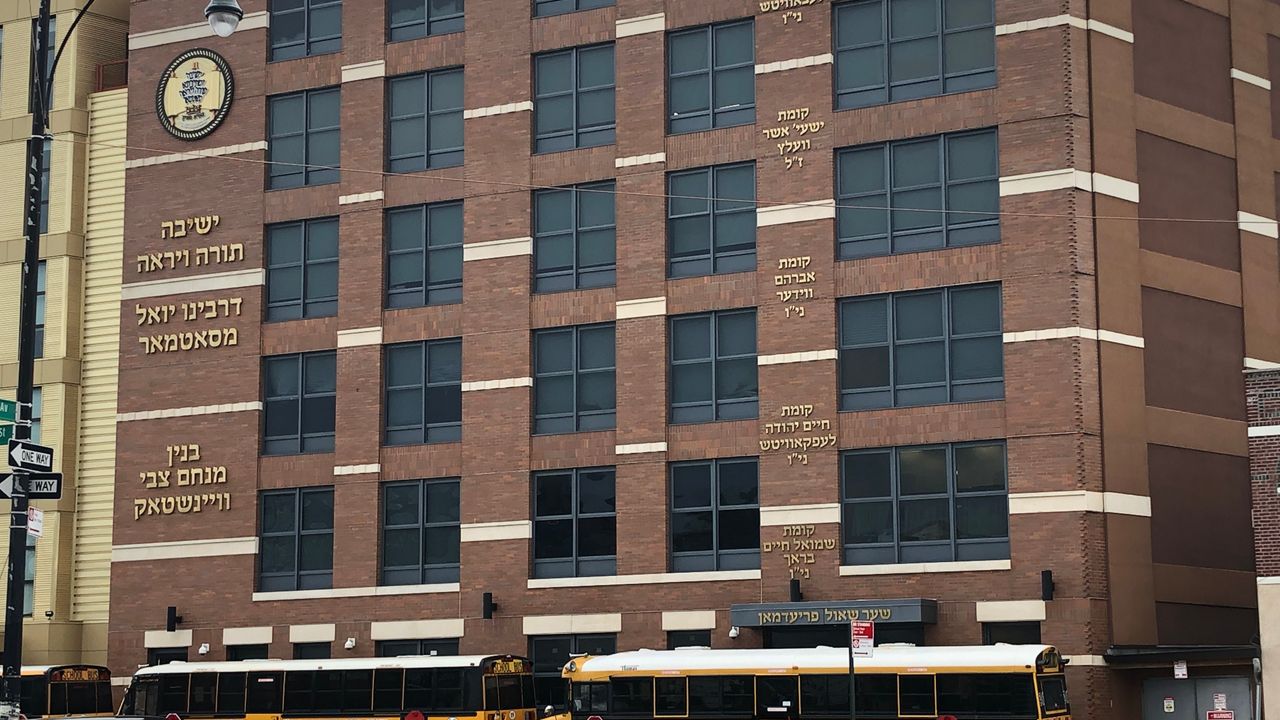 This week our cameras were rolling as more than a dozen young children walked into a yeshiva on 36th Street near 13th Avenue in Borough Park one morning.

Several people who live or work close to that school tell NY1 it’s a scene they have seen again and again during the coronavirus crisis, and it makes them angry.

Fearing retaliation, many people asked that we not give their names.

“You have your gloves on. You have your mask,” we said to one woman. “Yes!” She responded. “To protect myself ... This is crazy. They don’t care!”

Several others expressed fear that if the prohibitions against gatherings are widely ignored, it could lead to a second large wave of coronavirus cases.

Phase One of the city’s reopening plan, which began Monday, allows for construction and curbside retail pickup, but it does not permit schools to reopen their buildings.

“Does it bother you that this is happening?” we asked one man, who works near the school.

“Kinda,” he replied. “You know we're trying to prevent everything else from spreading, and it keeps going.”

“They put the buses here," said another man, who lives on the same block as the yeshiva. “The purpose, they think they’re going to block the scene. I just saw the kids getting in right now.”

That man says, over the past few weeks, he’s noticed school buses parked in front, which makes it harder, but not impossible, to see that children heading inside.

“Sometimes even I tell them, 'You don’t have no mask,’" he recalled. “I stand in front of the building and say, 'Walk on the street. If you want to die in your family, go ahead and die, but I don’t want to die.'”

Despite a sign on the door that says “School Closed,” one man who was delivering several cases of milk told us the school did not appear closed to him.

In December, the city education department identified the school at 1275 36 Street as Yeshiva Torah V'Yirah. It said the yeshiva had allowed DOE staff inside as part of an broad investigation into whether Orthodox Jewish schools were providing instruction in required secular subjects.

NY1 has made several attempts this week to reach out to the yeshiva for comment.

We rang the call button by the school’s front door, identified ourselves, and left a callback number. We tried to talk to two parents who were dropping their kids off, but they refused to speak to us.

And when we called the building’s main number, we went through all the options and got through to a man who works for The Legacy, a catering hall located in the same building. The only thing he would tell us is the school operates as a separate entity in the building.

On May 18, the NYPD busted a yeshiva on Madison Street in Bedford-Stuyvesant that was violating the order. A cease-and-desist order was issued after police discovered around 60 children inside.