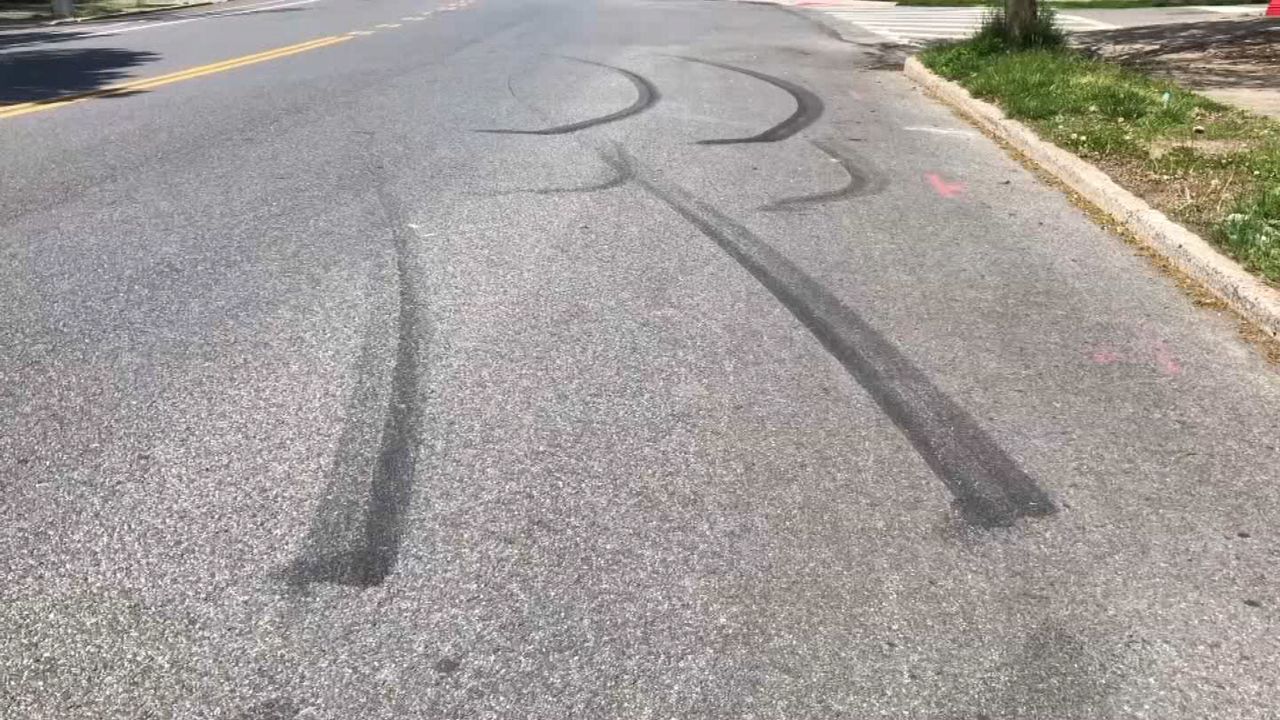 It's a noise that rattles the neighborhood: the sound of cars at full throttle speeding through Bay Ridge at night.

It's not just the speed, but the spinning. Skid marks show how cars do spinouts on Shore Road.

With fewer cars on the road because of the pandemic, the sounds of revving engines and screeching tires have become a nightly occurrence, although residents say the reckless driving has been a problem for years.

"We would see a tremendous among of drag racing and folks pulling wheelies," says Bay Ridge homeowner Andrew Spieler. "I've seen some of these folks lose control and smash into parked cars."

Some of the drag racers use the Belt Parkway as their course, particularly a stretch by the Verrazzano Bridge. The NYPD's Highway Patrol routinely stakes out the area to catch speeding drivers. Officers from the 68th Precinct also are on the lookout for the reckless drivers.

The NYPD says it's become more of a problem in recent weeks and that it has increased its radar patrols across the city. Two drivers on Laurelton Parkway in Queens were arrested last weekend for speeding and reckless endangerment.

Brannan had been tweeting about the problem, including a post about a driver who had his car impounded earlier this month.

"This guy has his exhaust system, it was so insane that anytime he drove down the street, you'd have 10 people calling 911 saying they heard gunshots,” Brannan said.

The city’s Department of Transportation said it was aware of the problem and was redesigning some of the Bay Ridge side streets that lead to Shore Road.

"Recently the city found a solution, which was to paint lines and put the smallest speed bumps. And it really hasn't deterred any of this,” says Spieler.

Brannan says more needs to be done at every level.

"That's what we're trying to do now is, target the areas where this seems to be happening often, including the Belt Parkway, to try to get some things done," says Brannan.

The councilman wants residents to be part of the solution by calling the police when they see reckless driving activity.