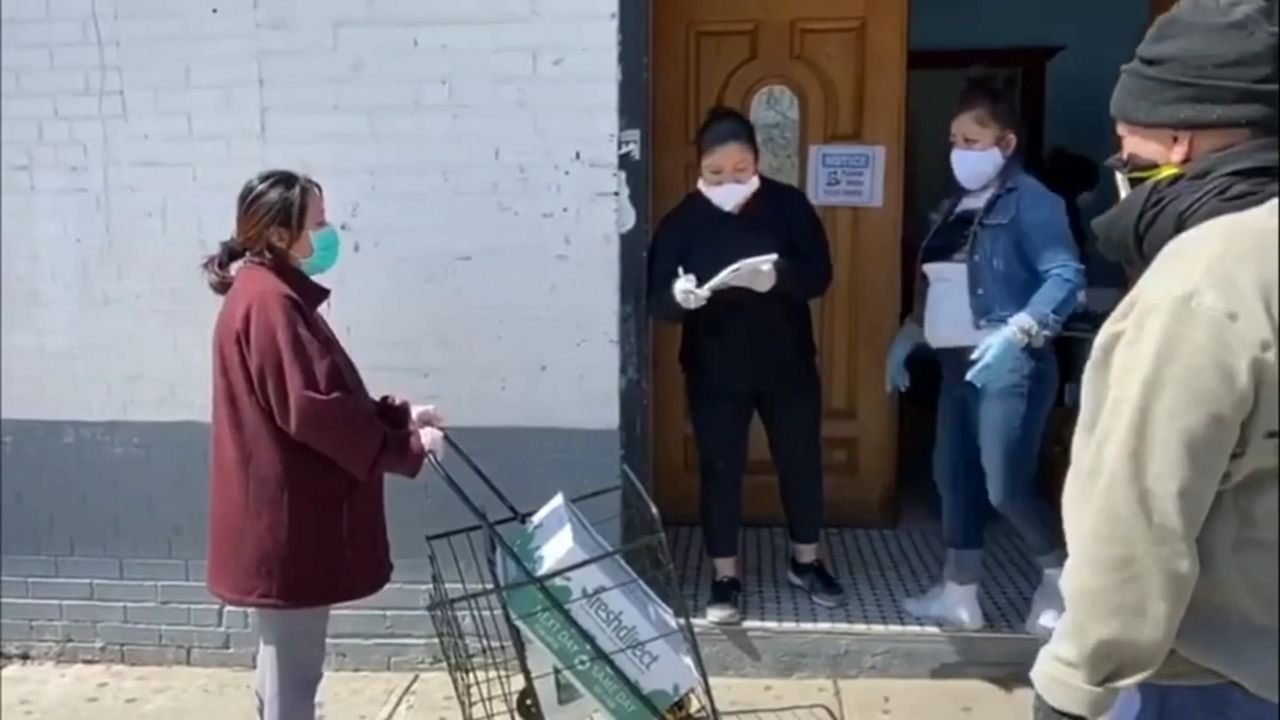 STATEN ISLAND, N.Y. - Armando Villanueva has a small car repair business, but he hasn't fixed a vehicle in a month. His wife is cleans houses, but her work has ended too, because of the coronavirus.

"I'm worried," said Villanueva. "I have my kids I have my family and do not forget that people like me they are immigrants living in New York we are also send money to our people in Mexico.”

The Villanuevas, who have three children, say they have been using their small savings to pay for rent and food, but they say it's going to run out soon. When it does they will join so many other newly unemployed New Yorkers needing help to meet their basic needs. So for the first time, the Villanuevas say they will head to food pantries and soup kitchens to feed their family.

"People like me are really going to need it in the next couple of weeks," added Villanueva.

Advocates who help combat hunger say the family's story is now a common one. Many in the city were thrown out of work when businesses shut down because of the virus. The problem is especially acute for New Yorkers like Villaneuvas—as undocumented immigrants they are ineligible for state unemployment and federal stimulus checks.

"What this has done is exacerbated many low income populations and vulnerable communities already,” explained Erica Freund of West Side Campaign Against Hunger, a citywide emergency food pantry.

She says the $170 million emergency food program Mayor Bill de Blasio announced Wednesday couldn't have come at a better time. Lines at food pantries and soup kitchens have been lengthening for weeks. The mayor's plan contains $25 million to make sure the pantries are stocked.

Armando Villanueva says he doesn't know how he'll be feeding his family otherwise.