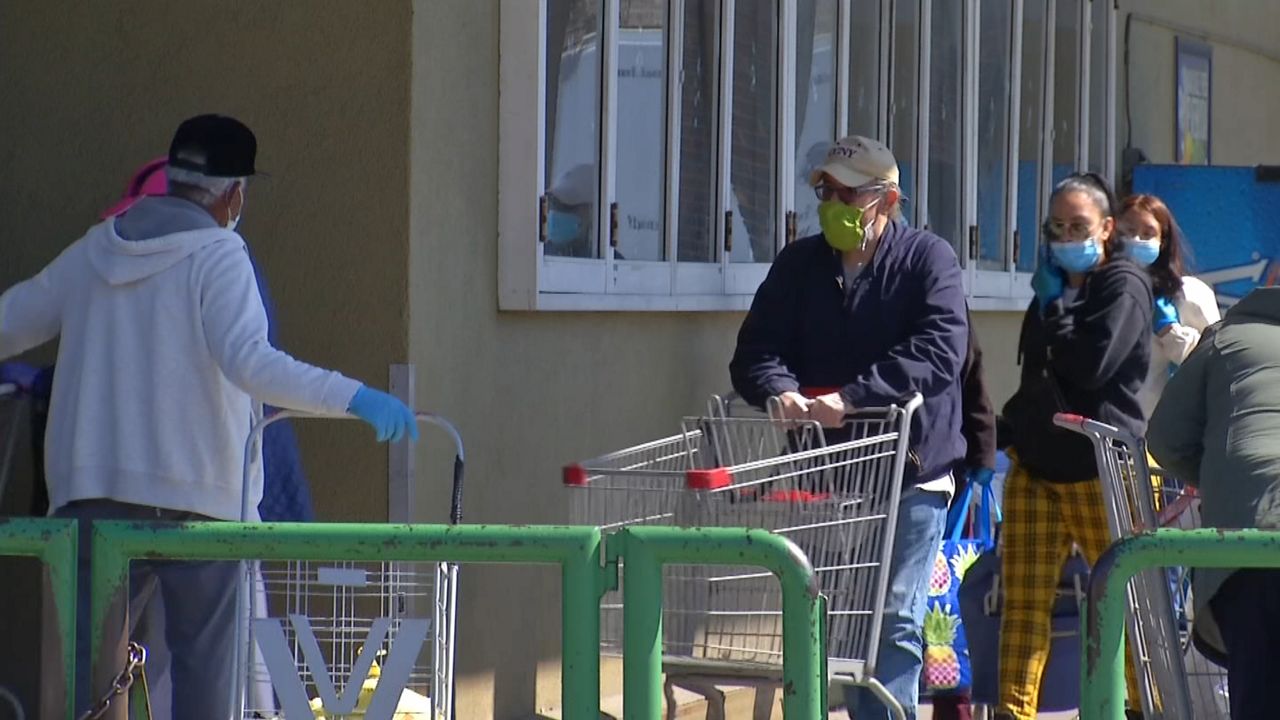 It's about to become part of every shopper's routine: Wearing a mask.

In order to prevent the spread of the coronavirus, Mayor Bill de Blasio asked grocery stores to require customers to wear a face covering inside.

"Put up a sign at the entrance making clear that is a particular requirement of your store," he said during a daily briefing. "That is legal and appropriate. The city will back you up."

A few hours later, Gov. Andrew Cuomo went further, mandating that everyone in New York wear a face covering in public whenever social distancing is not possible, such as in a grocery store.

"This answered a lot of the calls of concern that we were given both from our members, but also the companies they work for," said Nikki Kateman, the communications director for Local 338 Retail, Wholesale and Department Store Union/United Food and Commercial Workers Union.

Allegiance and other some other grocers already have installed plexiglass shields to separate cashiers from customers, and stores are limiting the number of people who are inside at any one time.

At the Food Bazaar in Long Island City, Queens, the line wrapped around the parking lot. It appeared to us that about 90 percent of the shoppers were wearing face coverings.

Customers who spoke to NY1 while waiting on line to get into the store said though it was an adjustment getting used to this new normal, they did feel a whole lot safer.

"Before, I was even scared outside to step outside of my home to get sunlight. Now that people have to wear the masks, I feel a whole lot secure," shopper Samuel Garnica said.

"I know a lot of people who don't believe in it, but, I mean, I'm just doing my part," shopper Josh Betancor said as he waited on line.