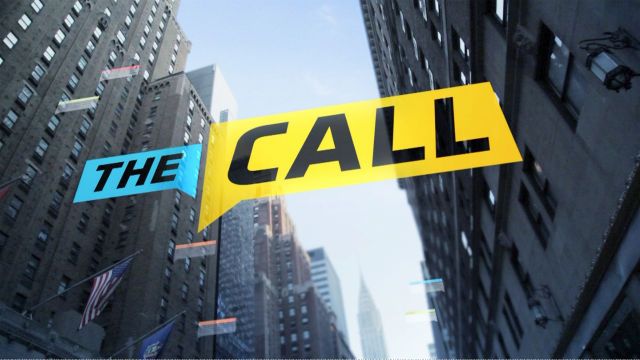 With President Obama officially entering his final 100 days in office, the candidates hoping to succeed him continue to hit the campaign trail.  Hillary Clinton is spending the day in Colorado and Nevada, trying to challenge Republicans on their support of Donald Trump since the leak of a lewd recording of him from 2005.  But, the attention is once again on an ongoing leak of hacked e-mails from the Democrat’s top advisors.

The fourth batch of nearly 2,000 e-mails to and from Clinton campaign chairman John Podesta have been released by Wikileaks, and include exchanges with Mayor de Blasio.  In one, the Mayor expressed concern over Clinton’s performance during a debate with primary rival Bernie Sanders saying, “Hillary was fantastic on the gun control answer, then totally blew the mass incarceration question… When she makes it about her, she loses the high ground.”  He also offered praise saying “Beautiful and authentic and calm answer on prayer.”  A City Hall spokesman today said the e-mails were not embarrassing and declined further comment.

This comes as the Trump campaign deals with its ongoing fallout over a video in which their candidate makes vulgar comments about women and brags about groping them.  As Donald Trump campaigned in Florida, a group of women gathered outside Trump Tower in Midtown, protesting “decades of anti-women, anti-immigrant, and anti-black policies.”  Up north, it was a different story, as a “Women for Trump” rally and fundraiser was held in Albany.  The tape has caused a wave of Republican lawmakers pulling their support of Trump, although at least four of them reversed their decision today and said they will be supporting him after all.  What do you say?

What’s your reaction to the ongoing scandals within the 2016 presidential race?  Has it affected your opinion of the candidates?  Should Republican lawmakers withdraw or maintain their support of Donald Trump?  Does the content of the e-mail exchanges between politicians and staffers surprise you?  Are you surprised by the tension between Mayor de Blasio and Clinton’s aides?

Reply with your thoughts to thecall@ny1.com

Every vote counts - and we should give that privilege to as many people as ethically possible.  Our viewers seemed to agree with 69% saying that New Yorkers who have paid their debt to society and are out of prison on parole should have the right to cast their vote.  Given the rhetoric of this election season, it is especially important we continue to expand voting rights and reduce disenfranchisement.  Your thoughts posted below.

Also in the Podesta email dump today we're conversations by her advisors saying that since both mr & mrs Clinton felt that Trump was a Formidable opponent, he could only be stopped by being labeled "dangerous" and a "bigot"; they were sure the media would be very helpful putting this out there.  And they have.

They were also telling mrs Clinton to say certain things to convince Bernie supporters that she would do right by them which she had no intention of actually doing.

Emails of her Wall Street speeches calling for wide open borders. Thank you very much.

The corruption level is beyond the pale.

I find the media running overtime on the Trump tape while hardly any mention at all about the many, many slanderous dirty & dishonest methods employed by the Clinton campaign.

Bernie appears to be correct about one thing.

The system is indeed rigged.

How disgusting that this is happening, it's being reported and no one is being held responsible.

I am so OVER this election.

Hillary will win - she's got to win or we are all in big trouble - and hopefully things will mostly return to normal.

I think Trump will happily lose - he never thought he'd get this far anyway - and go back to the life he probably misses.

What's not going away is the knowledge

that we are an extremely divided country, and that their are crazies out there who think Trump is great.  That's scary!!!

Hillary Clinton jeopardized our National Security, and is responsible for getting Ambassador Stevens and four other dignitaries killed in Libya. This is criminally negligent homicide. She blamed it on a you tube video but told daughter Chelsea the truth. She lied to the mother of one of the service men, Patricia Smith, while standing in front of Officer Smith's (her son') casket.

She used an illegal email server to send classified documents that now Russia, China and North Korea know about first hand. Her husband is a serial rapist, even while in the Oval Office.

He uses crass language. Big Whoop compared to above.

I will vote for whomever Information Officer Sean Smith,  and CIA operatives Glen Doherty and Tyrone Woods would vote, but as we know they can't vote; Hillary got them killed because when she got the 3AM phone call, 600 times, she couldn't be bothered.

The scandal with Trump happened 11 years ago, he did offer his sincere apology now we should all let it go... Donald J Trump is a good man, we should give him a chance to be President, he will do a lot for America and the American people. he will create jobs, make this country secure by having a contractor build the wall, mexico will pray for it. Anyone that wants to come here have to do it legally.... Crooked Hillary can't be our next president, he will create open borders, she will let the illegals, Muslims and Syrian refugees, this country will go downhill.. We can't that happen, the vets spent a long time building this country... VOTE FOR DONALD J TRUMP ON NOV 8 2016

Hours before 9/11, Bill Clinton was giving a speech in Australia and BOASTED that he could've gotten Osama Bin Laden, BUT chose NOT TO because of the collateral damage to IN KANDAHAR! "I nearly got him. And I could have killed him", he(Bill Clinton) admitted.

They're stuck-on-stupid and don't want to move on, but want to keep Bill Clinton's private life off limits, BUT want to make Donald Trump's private life and what he said years ago a campaign issue!

Donald J. Trump IS NOT the PROBLEM!! Bill and Hillary Clinton, ARE!!

I actually think that the worst part of the presidential election is Donald Trump. This is who Trump was from the beginning and who he is now. At 70 years of age one doesn't change. He's conducting himself like a bully, a thug and a terroristic criminal. Whatever his opponent's problems are, he uses name calling and threats about ruining people because they dare to disagree with him.  That's a thug.

As for his problems with Bill Clinton, he should be careful because he's accused of all of the same behaviors, so he's also a rapist and should go to jail.

I really find it hard to understand how these educated congress men/women can actually go along with this repugnant nonsense. If people think that DT is going to be looking out for them, they are new types of fools.

God bless America, because we actually need that blessing today!!

Unless these NYS convicted felons are on lifetime parole (highly unlikely) , they will gain the right to vote at the completion on their parole ( If you didn't know,  parole is an EARLY release from a prison sentence with stipulations that have an expiration date if you follow rules ). Leave the voting rights as they are now for these convicted felons.

If you've paid your debt to society and stayed out of trouble for at least 5 years, you should be able to vote.  Nobody who is a legal Citizen should be disenfranchised for ever just because they were in jail.  People who are still in jail should not be allowed to vote.

The recent revelations regarding Clinton and the email scandal concern me greatly, and I look forward to learning more about it after I vote for her for president of the United States of America.

If Trump is president I am concerned that he will demand that all of his security briefings be issued in 144 characters or less.

Former felons should be allowed to vote. It's still their country and they still have a stake in it.

The Media
Should stop focusing on
Scandals
Focus on the Real issues :
Education
Terrorism
Homelessness
Economy
And
Racism

It is clear that we don't have the most desirable candidates on any side including the 3rd parties. However, sometimes you have to vote for the LESSOR of all evils. In this race, that choice is clear:  Hillary Clinton.

I can understand not being overly enthusiastic about it but it must be done. We cannot let incompetence take over our country.  We cannot let Trump win.

I appriciate you covering the topic of prisoners reentering the society.
The Fortune Society is doing exactly this. I am standing behind the fortune society and will run the New York Marathon for them to raise money for the couse: crowdrise.com/main

First of all, Trump supporters call Hillary Clinton a liar.  She's a politician in a country where politics is not honest.  We have lobbying which is a clearly illegal practice we have special interest groups which are ridiculous.  Politicians are trash slingers and those that can manipulate where they can to get what they want in their constituency.  What makes them good is the people they represent not what they say.  And what one of us hasn't lied? Stop throwing stones.  Having helped a friend with a wedding it's pretty easy to send and delete 33,000 emails.

Secondly, Donald Trump is a chauvinist and a misogynist.  He sent his wife out on the stage at the RNC with a plagiarized speech to be maligned and to look unintelligent.  Does anyone believe that a candidate for president wouldn't know exactly what was being said by those taking the podium especially his wife.  He put her out there to be ridiculed and if that is how he treats his wife I have no idea why women, which I am, are defending him.  Is that how a husband protects and supports the woman who loves him by making her a fool in front of the entire country.

Thirdly, to the woman from Staten Island who said it was years ago that he said those statements about women and groping them.  He said that as a middle aged man not a teenager not someone who hadn't been married and raised a daughter by that point so why is he absolved from taking responsibility for those words.  He said that in his 40's are we really that swayed by his airness that we assume he had never said anything like that previously or that he didn't say anything of that tone and tenor again.  No he just wasn't on a live mike when he continued to denigrate and discuss how he treated women.  All of this sadly pointing to his complete lack of self esteem (arrogance is never esteem) and respect for the female population.  Every father in America who has a daughter should really reflect on how that man will treat their daughters if elected president.

Lastly, America IS great.  We are great because we can have these debates, speak freely, practice our varied religions and live in a country that is always striving to be better and to uplift it's citizens.  Donald Trump as President is dangerous for our survival, our relationships with other countries and for the continued uplifting of American woman who have still a long way to go.