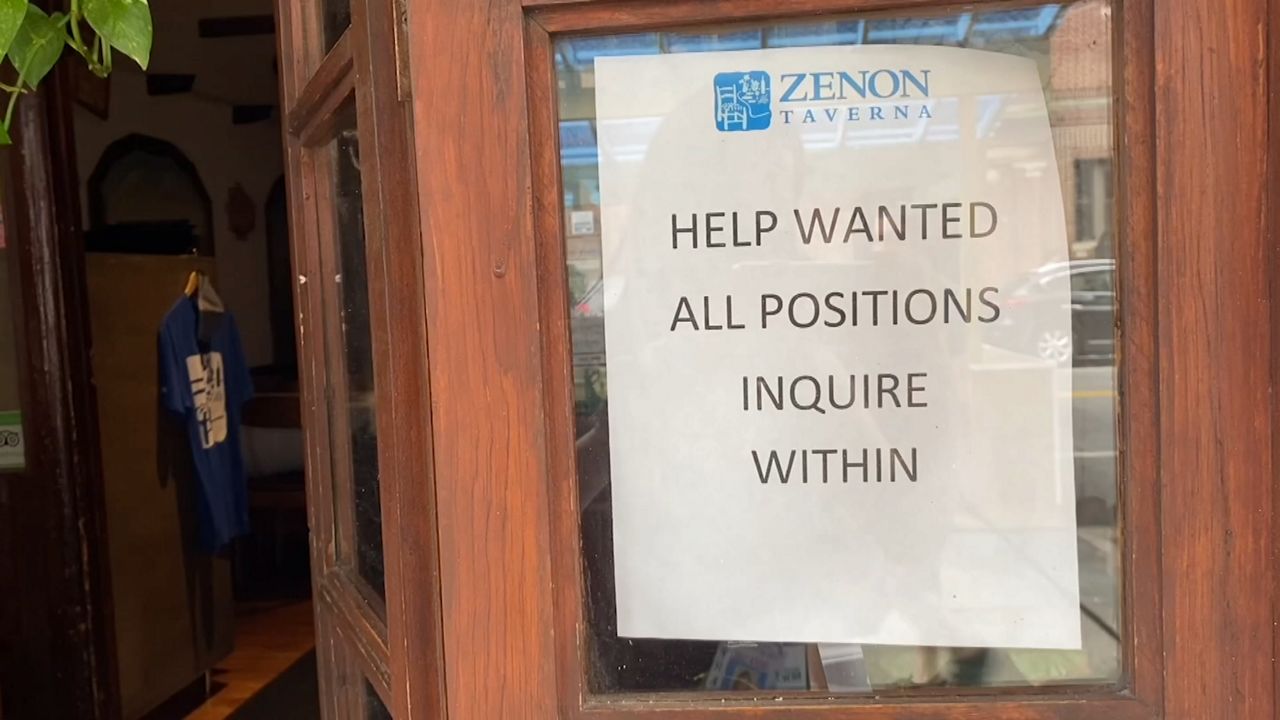 Bartolomeo Puccio always carries a breadcrummer in his pocket.

He said he never knows when he is going to have to pitch in and help clean off tables at his Italian restaurant in Astoria.

Puccio said he is filling all these roles because he is short staffed.

He's trying to hire 10 employees, from bussers, to cooks, but he said no one is applying.

"If I put a help wanted sign outside, I would get 10 or 15 people a day, but today you cant even find anybody,” he explained.

Without the proper staff Puccio said he's had to turn customers away.

He said it is like watching money, he desperately needs, walk out the door.

"We are trying to do parties and we have to hold back on them cause we do not have the productivity handle it," said Puccio.

He said people have gotten used to not working and still collecting a check.

Outside the need for workers is evident.

Help wanted signs hang in almost every other storefront.

The owner of Zenon Taverna said many of the restaurant responsibilities that would be given to employees now fall on him and his family.

"I was on the grill, cooking, prepping, garbage everything,” explained owner Harry Ioannidis.

He said for the first time in more than three decades of business they can't find enough staff, down to just one waiter.

The shortage of labor has the Greek and Cypriot eatery keeping capacity at 40%, even though they're allowed to fill up now.

"It is just another hurdle for us. And it is unfortunate for the restaurant business because we were hurt the most," he said.

The help wanted sign in the window at Zenon has been posted for more than two weeks.

Ioannidis is hoping the spots are filled soon, so he can keep up with the growing demand of New Yorkers returning to restaurants.