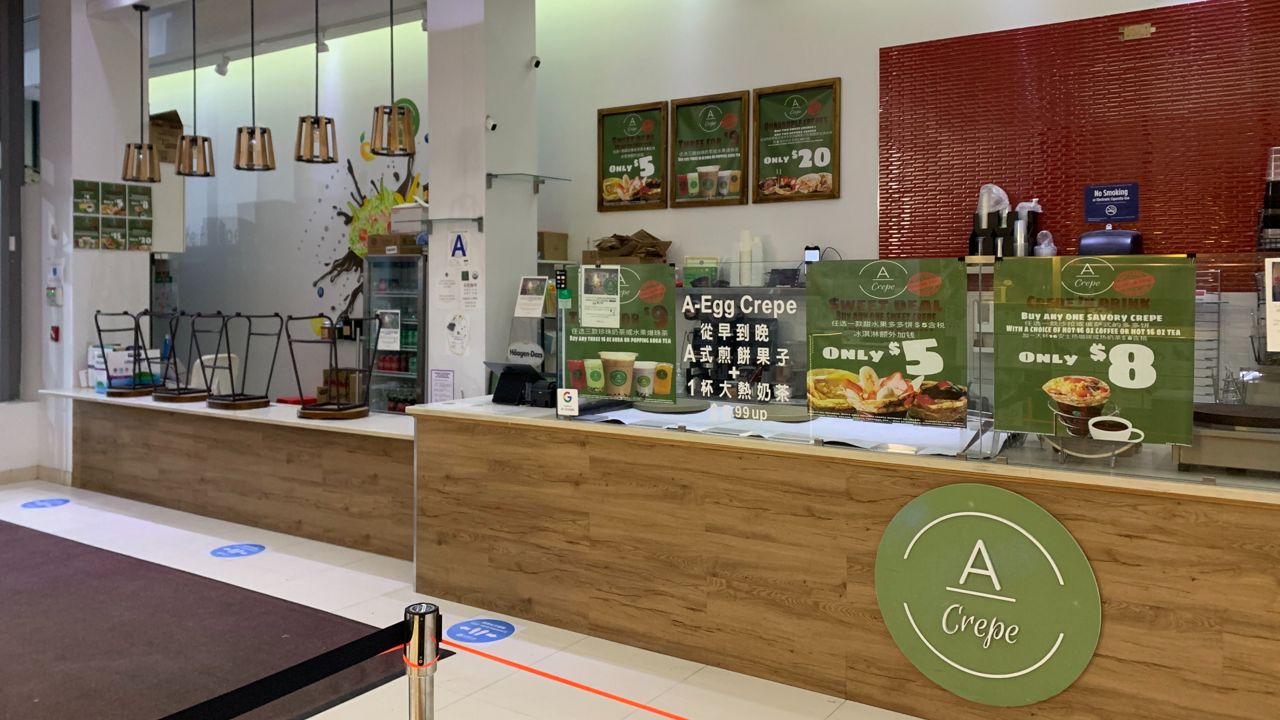 Due to a family emergency that has taken owner David Liu of out of state, his small crepe stand in Flushing, Queens, named A Crepe, won’t be reopening until early March.

Liu, who lives in Flushing, had to let workers go due to the pandemic and is now the only person who works there. And on top of his family concerns, Liu is grappling with a business crisis involving DoorDash.

Liu said he couldn’t believe his eyes, when he checked his bank account on January 19 and noticed that DoorDash, the food delivery service that has exploded in popularity during the pandemic, had made nine withdrawals that day, adding up to $46,700.

Liu is not comfortable speaking in English, so he asked his business partner, Eric Leung, to describe how alarmed he felt when he noticed all of that money that could have paid for food and rent and rent had been withdrawn.

“Basically all the proceeds and sales that A Crape has made over the past two months, it was reversed,” Leung explained. “So the money that we made, DoorDash just took that out of our accounts without our permission or knowledge.”

Leung says since DoorDash had access to their account number, the company simply did an Automated Clearinghouse, or ACH transfer to pull funds from the account.

However, the business partners say despite repeated attempts to clarify the situation with the company, they’ve received no clear explanation as to which terms of services they’ve allegedly violated.

“You have been identified as going against our Terms of Service. While you can continue to reach out, you will not be reactivated.”

“Additionally, we withdrew the payments for funds acquired during the time where your store breached the ToS, and will not be reimbursing the funds," the reply continued.

In the meantime, with rent due and bills to pay, the business partners says they are grateful that Bank of America has been able to help them recover about $30,000 in funds that were withdrawn by DoorDash. Yet they claim they are still due more than $15,000.

The men said while they plan to consult with an attorney this weekend, they also plan to sever all ties with DoorDash, once this situation is resolved.

“We’ve generated tons of revenues and tons of fees for them,” Leung says, “and the fact that they treated us like this, is not only absurd, it’s quite insulting."

A spokeswoman initially told NY1 Wednesday afternoon the company is looking into the matter and said they will get back to us as soon as possible. Thursday afternoon, a spokesperson for DoorDash issued a statement saying they identified "fraudulent activity" with the account.

“DoorDash always works to ensure we offer the highest quality of service, especially at a time when every order counts," the statement reads. "Upon investigation, we’ve identified fraudulent activity associated with this account. We will work with the merchant directly on a solution and we remain committed to supporting and protecting our community.”