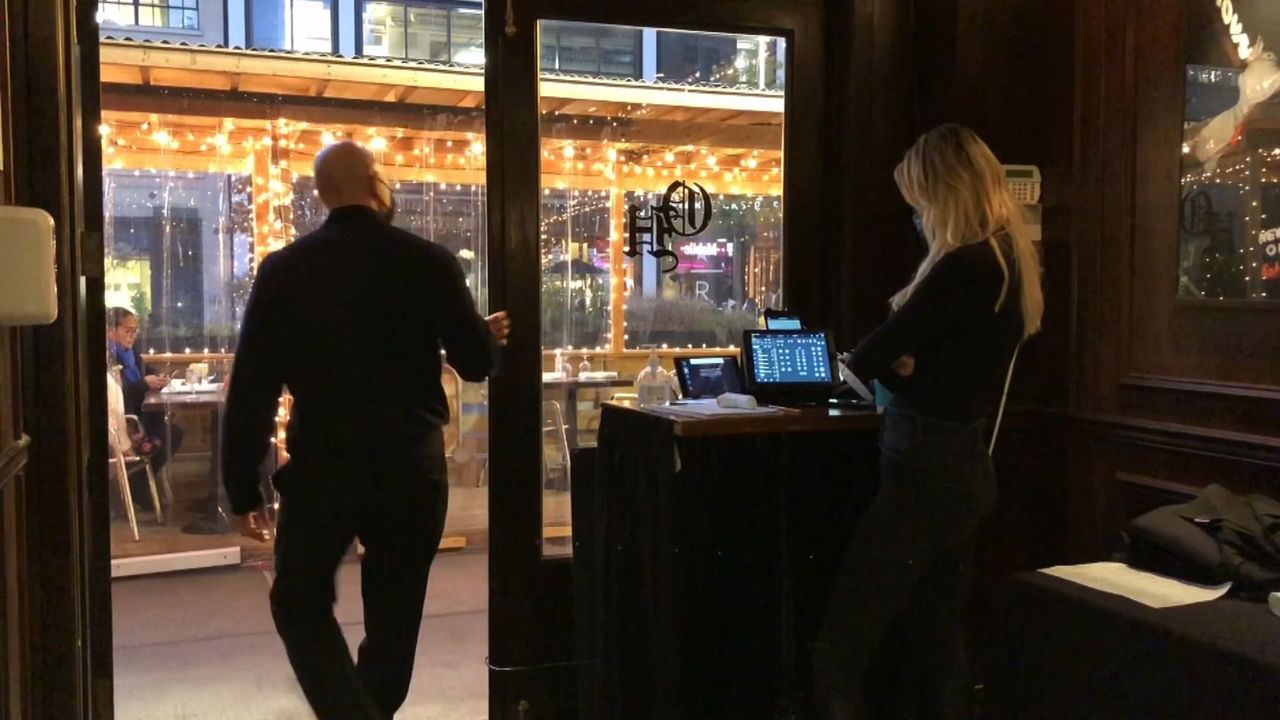 NEW YORK — Restaurant owners are filing a new lawsuit against Mayor Bill de Blasio and Gov. Andrew Cuomo over the latest indoor dining ban, which took effect two weeks ago. They're pointing to state numbers that show low COVID-19 transmission rates in restaurants across the state.

"We’re trying to survive the best we can, but it’s not good,” said Spiros Kasimis, a manager at the Silver Star Restaurant.

The back and forth of having indoor dining banned, then the state allowing it at 25% capacity, but stopping it again two weeks ago has added to the financial hardship of the pandemic.

“We were more responsible than any other business that I see open right now," he said. "We have put procedures in place. Customers came in, we took their temperature, we took their information, they sat six feet apart, when they were up their masks were on."

Attorney Joseph McBride filed a federal class action complaint on behalf of the downtown restaurant The Seaport House, claiming closing indoor dining in the city is an unconstitutional deprivation of liberty and property when according to the state health department indoor dining accounts for 1.4% of the spread, while 74% is in people’s homes.

The lawsuit aims for an injunction on the governor’s order, allowing city restaurants to reopen indoor dining.

Ruth Pickholz would like to dine in again instead of taking out from the Silver Star every day.

“I think it’s very hard on the restaurants and I think it’s ill conceived,” she said while picking up her order Tuesday.

“So, the malls, all these places are open with thousands of people shopping next to each other, touching each other. It’s not fair," said Kasimis.

This could be time consuming. First, a federal judge would have to certify it as a class action and then set a timeline for others to join before the lawsuit could move forward.