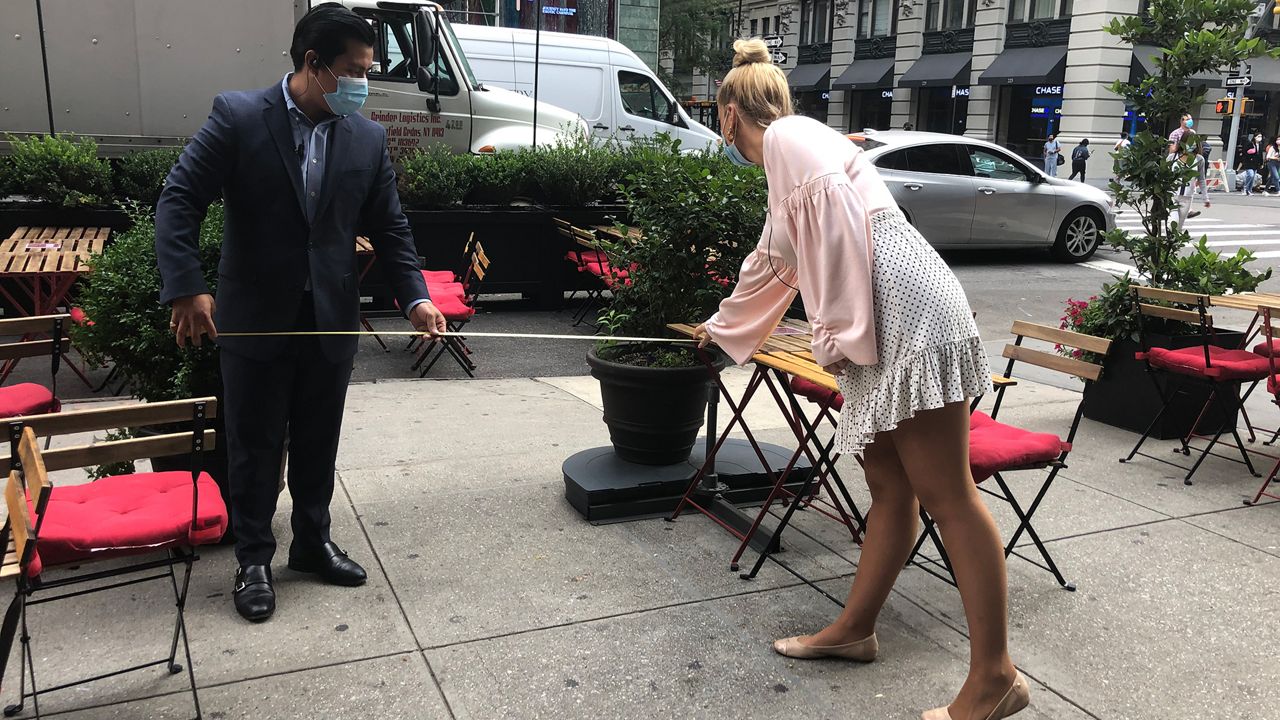 Restaurant Owners Optimistic Over Extension and Expansion of Outdoor Dining

Those visiting Ditmars Blvd in Astoria will be able to enjoy outdoor dining for the foreseeable future. That is now the case in Queens and across the city after Mayor de Blasio made a decision on the future of the open restaurants and open streets programs.

The news was a relief for Katherine Fuchs, the owner of the Thirsty Koala on Ditmars Blvd.

When we spoke to her earlier this week, she was unable to plan for the future of her business. Now, with guidance from City Hall, she’s decided to invest in heating for her outdoor seating.

“I was so happy to hear the news because it takes a lot of pressure off knowing that they’re going to allow us to continue doing this,” Fuchs said.

The decision is also a win for the restaurant owners, community organizations and advocacy groups like the NYC Hospitality Alliance, who spent the last several months lobbying the mayor’s office for a decision on the future of the program.

“We’ve been trying to get the an answer from the city on where they were going to store their materials,” said Richard Khuzami, the president of the Old Astoria Neighborhood Association.

The mood was celebratory in Manhattan as well.

Several of the restaurants in Flatiron have the luxury of a large space to accommodate patrons outside.

They had worried they’d lose all that on October 31, which was when the program was set to expire.

“Outdoor dining has been a great lifeline for us to try to come back and bring as many employees back to work as we can,” said Dave Ferrara, the operations manager at La Pecora Bianca.

Without the continuation of outdoor dining, many in the industry feared that they‘d only be left with indoor dining at 25% percent capacity when the cold weather arrived.

However, with areas on the sidewalk and street still available, they now have more options, and patrons also have a choice.

“Let’s not forget, people have some apprehensions about dining indoors, and this is going to solve that problem,” said Philippe Massoud, chef at ilili.

What remains to be seen is whether Mother Nature cooperates with the plan to keep outdoor dining available.

Temperatures in NYC average in the 40s for a third of the year, from late November through mid-March.

Restaurant owners are still optimistic, and they cite the success of outdoor dining in other countries year-round.

“It’s fantastic because New Yorkers really love to be outside. So even if we didnt have they emergency and the crisis of COVID, I think New Yorkers would be just as thrilled to be outside,” said Barbara Sibley, the chef and owner of La Palapa Restaurant.

Many restaurant owners are now scrambling to find heating equipment and other means of making outdoor dining more comfortable in the cold. Several of them expressed concerns that they’ve been unable to secure this kind of equipment so far.