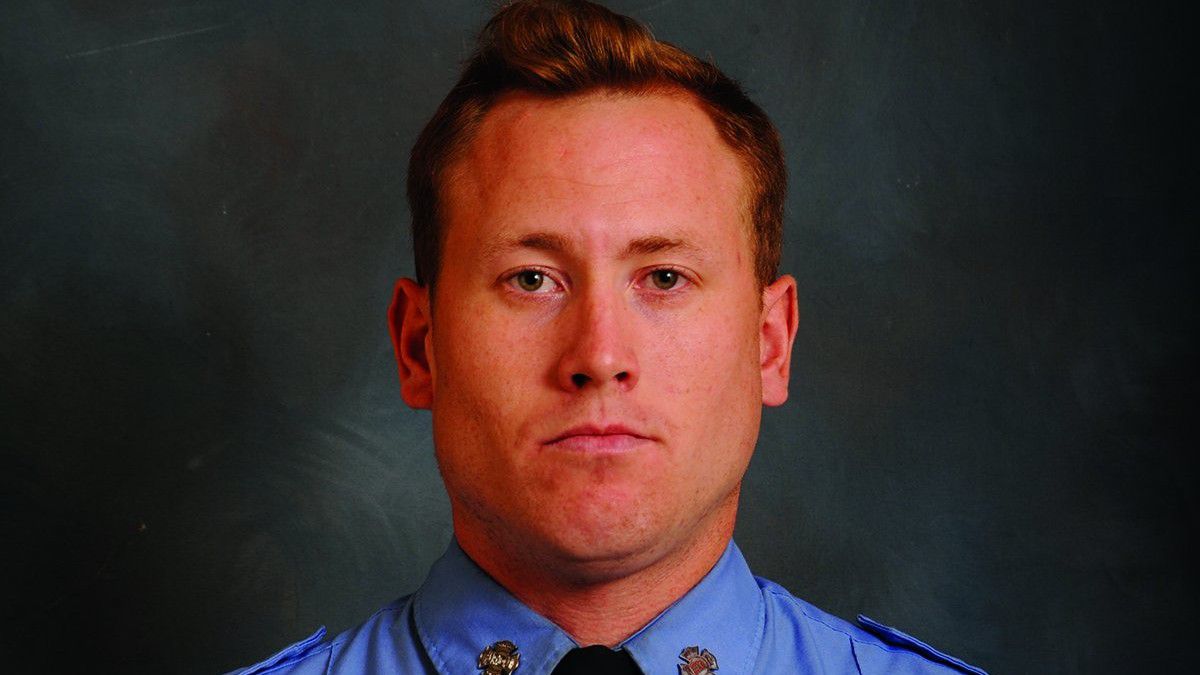 Timothy Klein, 31, was on duty for Ladder Company 170 when he and three firefighters were caught under a partial ceiling collapse, fire officials said Sunday. (FDNY/Photo)

NEW YORK — A firefighter was killed on Sunday while battling a fire in Canarsie, and a resident also died, authorities said.

Firefighter Timothy Klein, 31, was on duty for Ladder Company 170 when he and three firefighters were caught under a partial ceiling collapse, Laura Kavanagh, the city’s acting fire commissioner, said.

Klein was unable to make it out and “succumbed to his injuries” the FDNY said.

“I cannot describe the heartbreak of the FDNY today, to have lost a member doing what our members do best, putting their lives on the line to save others,” said Kavanagh.

Mayor Eric Adams’ press secretary told NY1 one person was recovered in the building and pronounced dead. That person was not immediately identified.

Members of the FDNY hung bunting outside Ladder Company 170 Monday afternoon as a tribute to Klein.

Purple and black bunting is being hung outside of @FDNY Ladder Company 170 as the department mourns the loss of Timothy Klein. @NY1 pic.twitter.com/ofzM6J81ln

Kavanagh said Klein is the second firefighter from Ladder Company 170 to die on duty in the past three years. In 2019, firefighter Steven Pollard, 30, died after falling nearly 60 feet off the Mill Basin Bridge in Brooklyn.

Klein was among those who eulogized Pollard.

The three firefighters involved in the collapse are being treated for their injuries at area hospitals, along with five other firefighters, according to the FDNY. A resident at the building was also treated at the scene for minor injuries and refused further medical attention.

Klein had almost six and a half years in service and came from a “rich history” of firefighters in his family, including his father, officials said.

Adams referred to Klein as “one of the bravest” firefighters the city has lost.

“Timothy lost his life doing the job that we ask of him every day and his fellow colleagues,” Adams said. “He communicated with his fellow firefighters and as can be expected they are hurt and devastated by this incident.”

Klein is the second firefighter to die in the line of duty this year. In February, firefighter Jesse Gerhard died a day after responding to a fire in Queens.