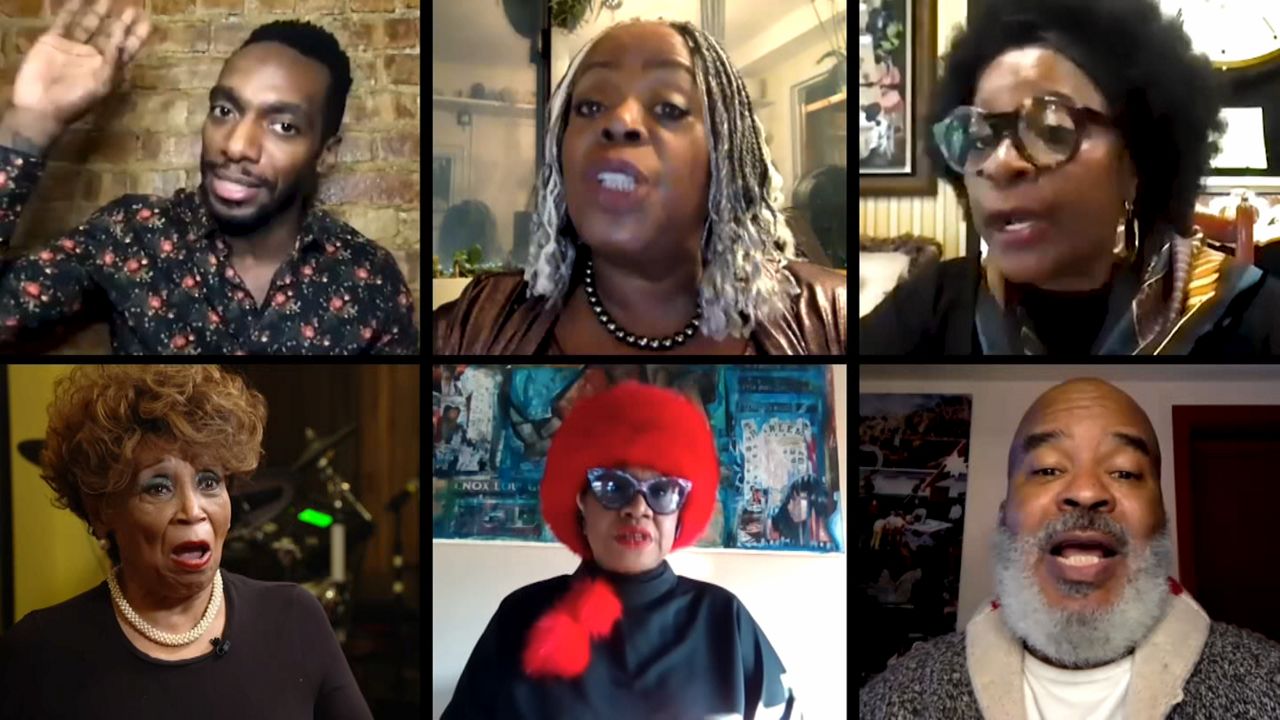 Daniel J. Watts made a big splash on Broadway playing "Ike Turner" in "Tina: the Musical." But then the music stopped when the pandemic forced theaters to go dark last March.

"We were on a nice run, and it came to a screeching halt," Watts says.

Nearly one year later, the actor says when theaters reopen, he wants to see a different landscape.

"Diversity is not equality. And it starts there. I don't want to see any more diversity," he says. "I think it's a word that gets thrown around — you know, it's like, diversity, and we have only one person of color in a space. If there are 10 positions, what does it look like when five of those look like me?"

Black members of the theater community have been reimagining access and equality during the unprecedented lockdown.

Tony Award-winning actress Lillias White put her spare time during the pandemic to good use. She's a founding member of "Black Theater United."

The Broadway mega-hit "To Kill a Mockingbird" made history one year ago this month at Madison Square Garden by inviting nearly 20,000 public school students to an exclusive performance.

Tony-nominated actress Latanya Richardson was a member of the original company.

"We have to stop thinking about how far we've come. Everyone just needs to stop," she says. "I mean, that's what this plague has done, it has stopped us in our tracks, and from where we are everybody needs to make themselves a person of one, reimagining the theater as it should be."

Many actors believe theaters can level the playing field by firmly rooting itself in the community. For example, young performers In Harlem are part of the Mama Foundation for the Arts run by legendary Broadway producer Vy Higginson.

"During this break time, we partnered with some of the producers from Broadway so that our young people will have access to ositions on stage and off stage," Higginson says.

"I think it has to be color on Broadway, commitment and community," says Irene Gandy, a Tony Award-winning producer and a veteran theater publicist. "People of color should be included in all forms of Broadway."

The predominantly black cast from "A Soldier's Play"  will not return when Broadway reopens. David Alan Grier says the production was the last show to sign off, to an empty house.

"I wondered is this is the last time I'll perform on Broadway. Will I come back? I don't know," Grier says. "It's kind of forced a reevaluation of what we as artists do with the power. We have to bring about pressure, change. so that's an ongoing issue, and I hope that fever, that energy does not dissipate. Because you know how folks do - they hold those signs high, 'OK, we back to work, good luck.' We got to keep fighting."

Many members of the Black Broadway community say they will keep fighting until victory is won.