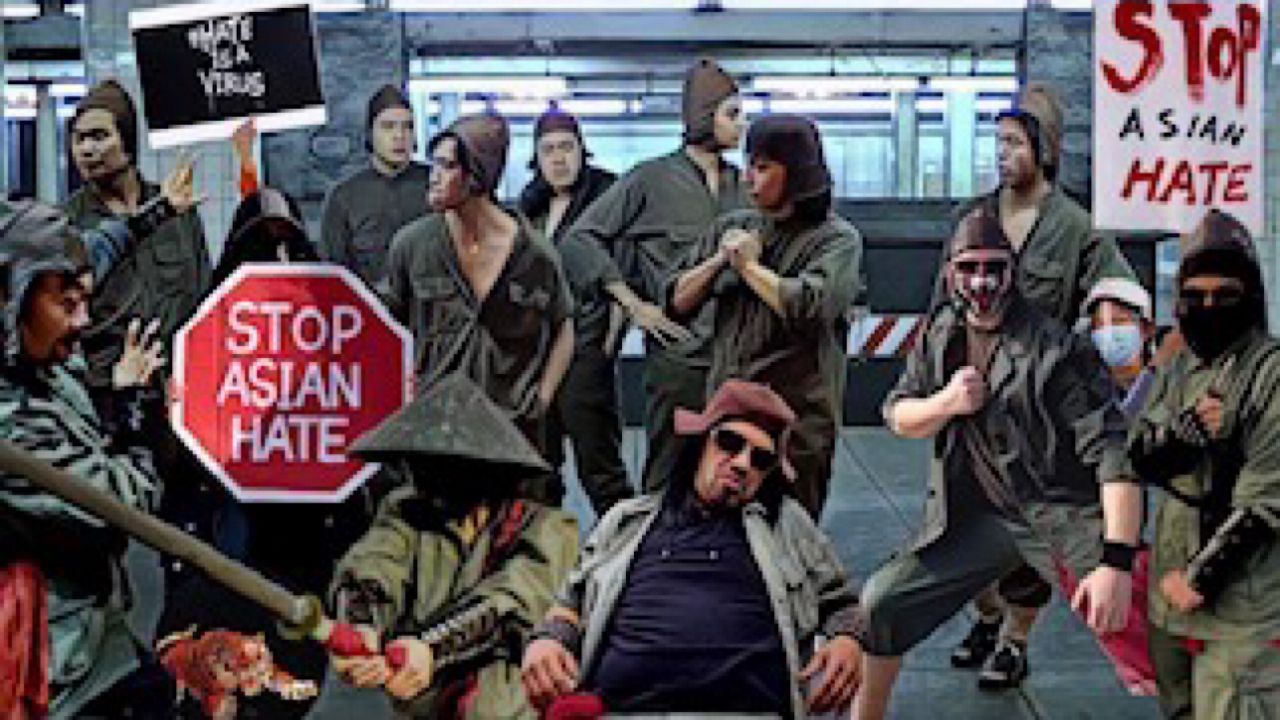 The rise in Asian hate crimes is also catching the eyes of filmmakers. One based here in the city has his sights set on the New York Film festival, where he hopes to put the issue front and center. It's a movie, about a movie, about hate.

In Duke of New York, a wealthy financier wants only one thing: to actually kill an Asian actor in a movie to make a statement about COVID-19. But a sympathetic director and virile leading man catch on and have another idea that leads to a manhunt through the streets of New York.

It is the creation of director Eric Rivas, whose left-of-center independent films have turned more than a few heads. Rivas is a Nuyorican who says he came to appreciate Asian culture at an early age when his mother took care of children in Chinatown.

"I'm very against any kind of racism and I've seen this go on. I've seen Asian people being treated differently way before this happened and I wanted to take a stand. So, how about we make it so barbaric, we get a rich person who wants to kill an Asian actor because of coronavirus and he actually fights back and he beats everybody," said Rivas.

Rivas got the help of some pretty "sinister" characters to make that point.

"Michael Musto has a lot to do with it and Angel Salazar of Scarface. Both these guys are the evil producers. They know they were doing something right by playing a role that is horrible but yet for a good reason, a good outcome," said Rivas.

Leading man Brian Lau just finished boot camp. Rivas says he's like so many other Asian-American who ​love this country and need to be treated equally.

"Some people will hear them speaking another language. Oh, I don't understand that they must be talking about me. It's really small-mindedness. These barriers are to be broken. We need to get rid of them. What's going on in the Asian community, I think is a big wake up call for everybody to step up and start looking into the hearts of people. These are New Yorker, these are people, these are Americans."