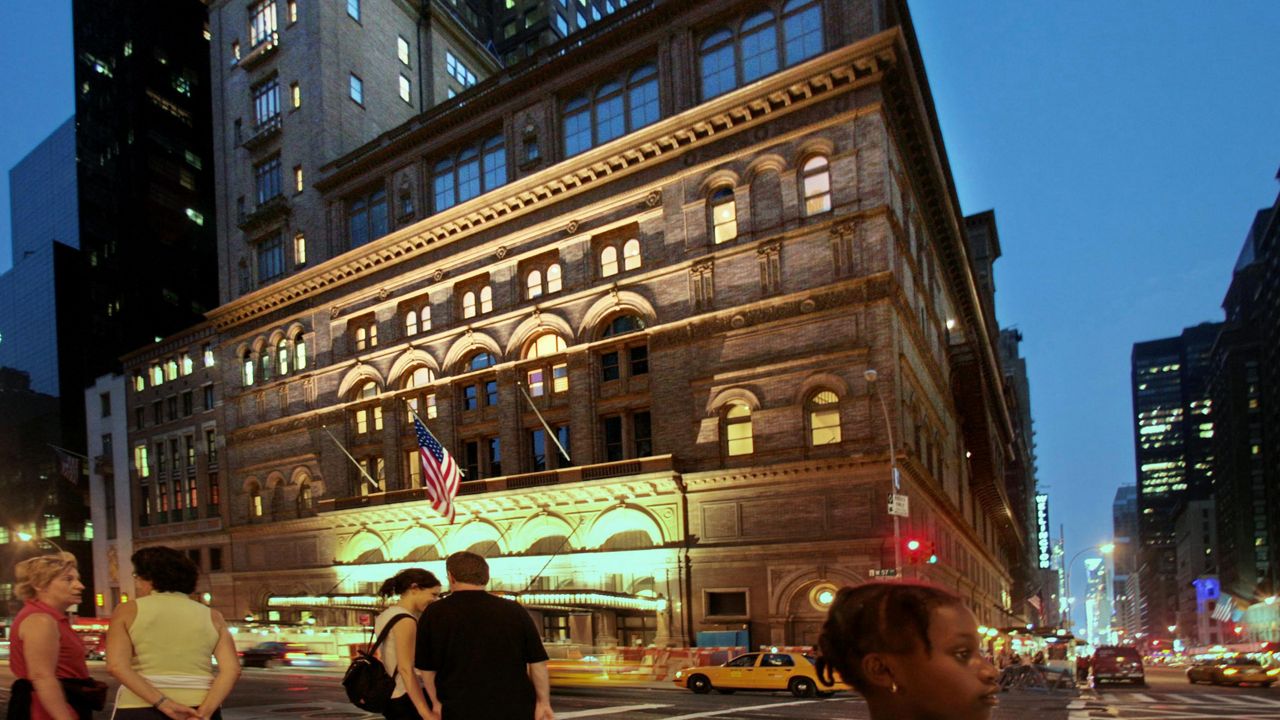 In a basement in Manhattan, Dima Tishyn is focused on what is ahead of him.

“I’m not concentrated on the music, on the notes," Tishyn said. "I just am playing and just feel this feeling, this atmosphere. Everything is so quiet and it’s only me.”


It's a far cry from what he usually thinks about, thousands of miles away from his hometown. Videos from this month show missiles exploding in Dnipro, Ukraine, as Russia continues to wage war on the country.

Every day he thinks about his mom, dad and brother who are still in Ukraine, and the decision in March for him to leave.

“My mom just came into my room and said you are going to [the U.S],” Tishyn said.

Tishyn is too young to fight. His brother is older than 18, so right now, he is not allowed to leave.

“I was just shocked. Not scared. Everything was happening really fast," Tishyn said. "I didn’t have time to get scared.”

Before he left, he and his brother took a photo together, unclear when and if they will ever be in the same room again.

Tishyn and his mom left Ukraine, eventually making it to the city.

They moved in with Viola Kanevsky, who helps run a nonprofit, Ship of Tolerance, that Tishyn participated in about a decade ago. Its goal is to bring children from all over the world together, and build commonality, through arts and music.

When Kanevsky saw the news about the war being waged against Ukraine, she said she knew she needed to help Tishyn.

“I spent many nights doing the applications and finally got them the visa,” Kanevsky said.

After a month, Tishyn's mom went back to Ukraine to be with the rest of her family, knowing her youngest son was now safe.

He came with just a bag of clothes and one of his most prized possessions, his dad's bassoon.

“Music is very important to me," Tishyn said.

Tishyn has played the bassoon his whole life, learning from his father, who is professional bassoon player.

“He helped me a lot,” Tishyn said, adding that his dad is also his teacher.

Tishyn said he tries to talk to his parents every single day, but there’s a seven hour time difference. Plus, frequent power outages in Ukraine pose challenges.

“Sometimes I don’t have time. Sometimes they don’t,” Tishyn said.

The truth is, he wants to go home.

“I feel guilty, because for some reason I’m here and they’re still there,” Tishyn said.

But he also knows that right now, the city is the safest place for him.

So he plays his bassoon inside his new home in Manhattan.

It reminds him of his dad and his old life in Ukraine.

Kanevsky said to help keep him occupied, she contacted the New York Youth Symphony, the orchestra recently nominated for a Grammy, to see if they could use Tishyn's talents.

He auditioned and was offered a spot in the orchestra.

“[Tishyn] is such a passionate, passionate kid,” said Michael Repper, the conductor for the orchestra.

He said that like a perfect harmony, Tishyn fits right in.

He said Tishyn is not only very talented, but he has already grown tremendously in his few months with the New York Youth Symphony.

And for Tishyn, he said joining the orchestra has been tremendously helpful.

It takes his mind off of the daily stress of what's happening in his hometown.

“You sit back and the music is the language that you play. It’s a community you fall into," Kanevsky said. "It’s your home.”

He practices with the orchestra for four hours each week, as they recently started preparing for their November performance at Carnegie Hall.

“I’m very lucky,” Tishyn said, adding that Carnegie Hall is one of the concert venues his dad always dreamed of performing at.

He said it upset him that his dad couldn't be there for the performance.

“I communicate with them a lot but it’s not enough," Tishyn said.

On Nov. 20, in front of several hundred people, Tishyn took the stage with the rest of the New York Youth Symphony for their performance at Carnegie Hall.

Carrying his dad's bassoon, it's the closest his father could get to the stage.

Halfway through the performance, the orchestra played the Ukrainian national anthem. The entire audience stood and gave Tishyn, who Repper had introduced before the song, a standing ovation.

For about two hours, he played his bassoon, fulfilling his father's dream in a sanctuary where there’s no war, no conflict and one language: music.

The entire orchestra got a standing ovation at the end of the performance.

NY1 FaceTimed with Tishyn's mother and brother, so they could watch the performance the next day.

His mother, wiping away tears, said she was proud of her son.