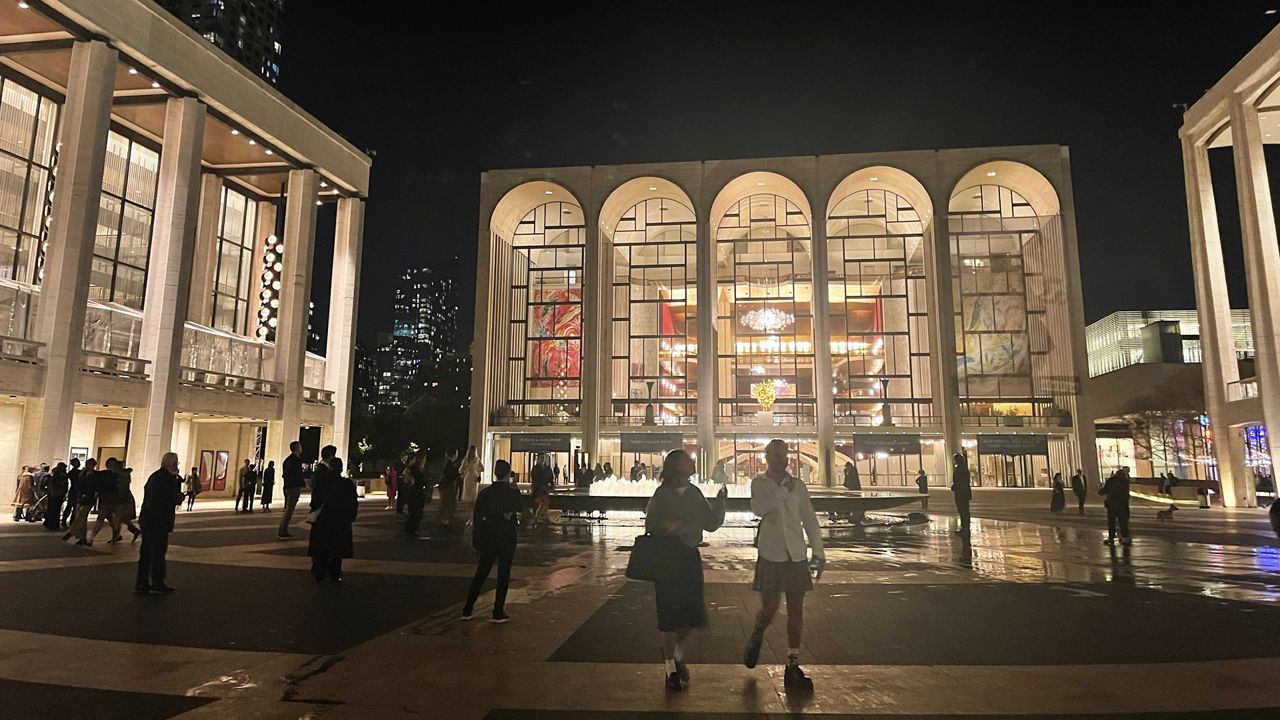 At the Metropolitan Opera this year, attendees no longer have to show proof of a COVID-19 vaccination, but masks are required. (NY1/Justine Re)

Andrew Fischer came from Connecticut to see one of his favorite genres of music: opera.

"The biggest thing for me is the orchestra. Very big fan of classical music. I obviously enjoy hearing the opera singers as well, so I think all together, it makes for an incredible experience," Fischer said.

Fischer and his friend Dee were among the opera fans that poured into the Lincoln Center for the Performing Arts for opening night of the Metropolitan Opera.

The first show of the opera's new season was Cherubini’s Medea.

"We are determined to keep the flame of opera alive. We have an incredible company, the best singers in the world. We're excited and ready to go," said Peter Gelb, general manager of the Metropolitan Opera. "Opera is the biggest Broadway musical multipled by 10."

While some Broadway shows and other cultural institutions cancelled performances due to the omicron variant of the coronavirus, the Metropolitan Opera didn’t cancel any performances last year.

Gelb attributes the success to a robust system of understudies and strict safety protocols for employees and audiences.

"Being able to perform all of last season — more than 200 performances — without having to cancel a single one of them was a miraculous and heroic effort on the part of the entire company," Gelb said.

"We consider ourselves to be a major artistic partner of Ukraine. We are fighting to defend Ukraine’s cultural legacy and its right to be independent," Gelb said.

Another focus for this year is making opera more accessible. The opening night performance was projected on a billboard in Times Square, at Marcus Garvey Park and also online.

"It’s part of our effort to bring a more diverse audience," Gelb said.

Fischer, 28, is glad to see that strategy take effect.

"I think it is important to make sure you’re keeping up with the times and all of the available resources that you can sort of get opera out to the public," Fischer said.

At the opera this year, attendees no longer have to show proof of a COVID-19 vaccination, but masks are required.