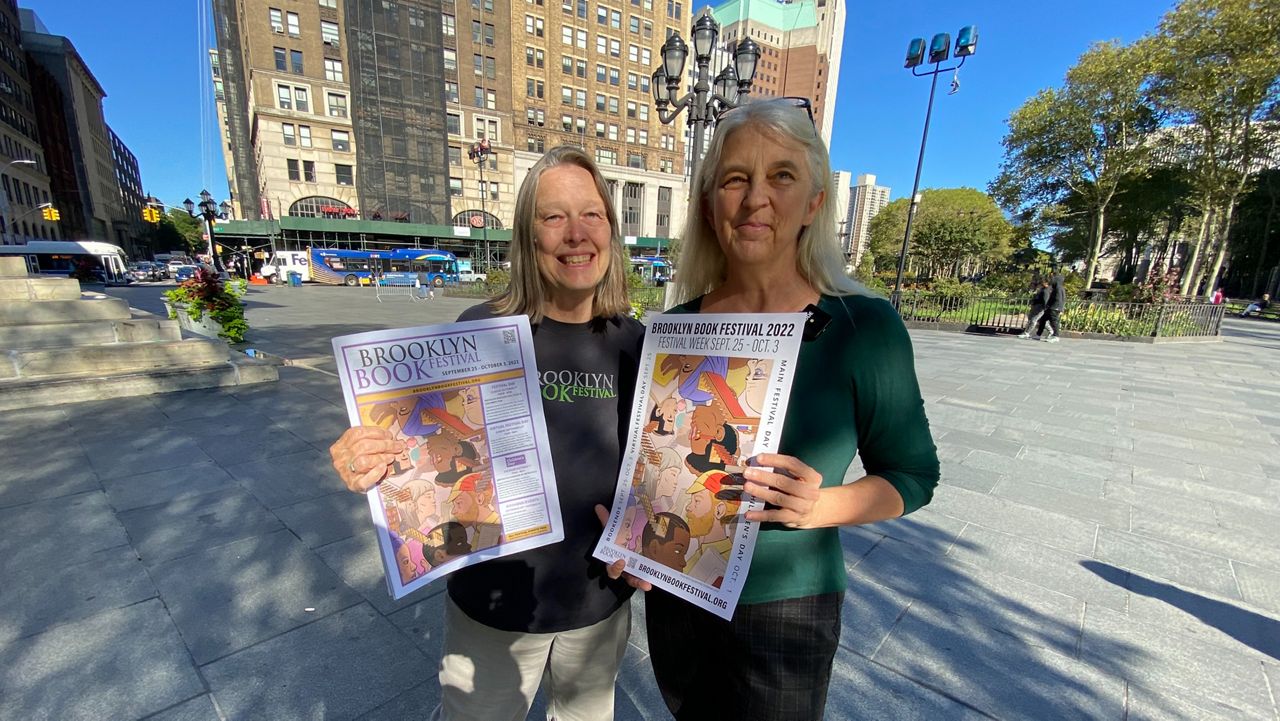 "It's gone from being local, happening in Brooklyn with a lot of Brooklyn authors, which we still love and celebrate, but now, it is fully international," Greer said.

Greer and Koch started the festival while they were working for the office of the Brooklyn Borough President. Now, producing it is a full-time gig. The festival is its own nonprofit with a staff that collaborates with the festival's literary council.

"It's [Greer] and I, but there's a whole team of very dedicated publicists, agents and editors behind us that help us with the festival as well," Koch said.

The festival includes what they call bookend events, taking place in all five boroughs at clubs, bookstores, parks and libraries. There's Children's Day on Saturday at Brooklyn Commons, formerly the MetroTech Center, and the flagship festival day on Sunday in the Borough Hall area with a literary marketplace and seven stages with author talks.

"It's multiple authors talking about the ideas that they share, or what their disagreements are. There's discourse and it's really cool for the audience," Greer said.

Each year, the festival honors an author for work that exemplifies or speaks to the spirit of Brooklyn with the BoBi award. This year's honoree is Esmeralda Santiago, author of the memoirs "When I Was Puerto Rican" and "Almost a Woman," and the novel "Conquistadora," among other works. She moved to Brooklyn from Puerto Rico when she was 13 and credits librarians at the Brooklyn Public Library for helping her learn English and discover reading. She has become a big fan of the festival.

"It's just such a friendly place for writers. You are meeting other writers that are friends, or other people that you read that you haven't seen at any other context until you actually run into them running around. It's just awesome. I love going there," Santiago said.

As do many other lovers of books.

The festival runs through Oct. 3.