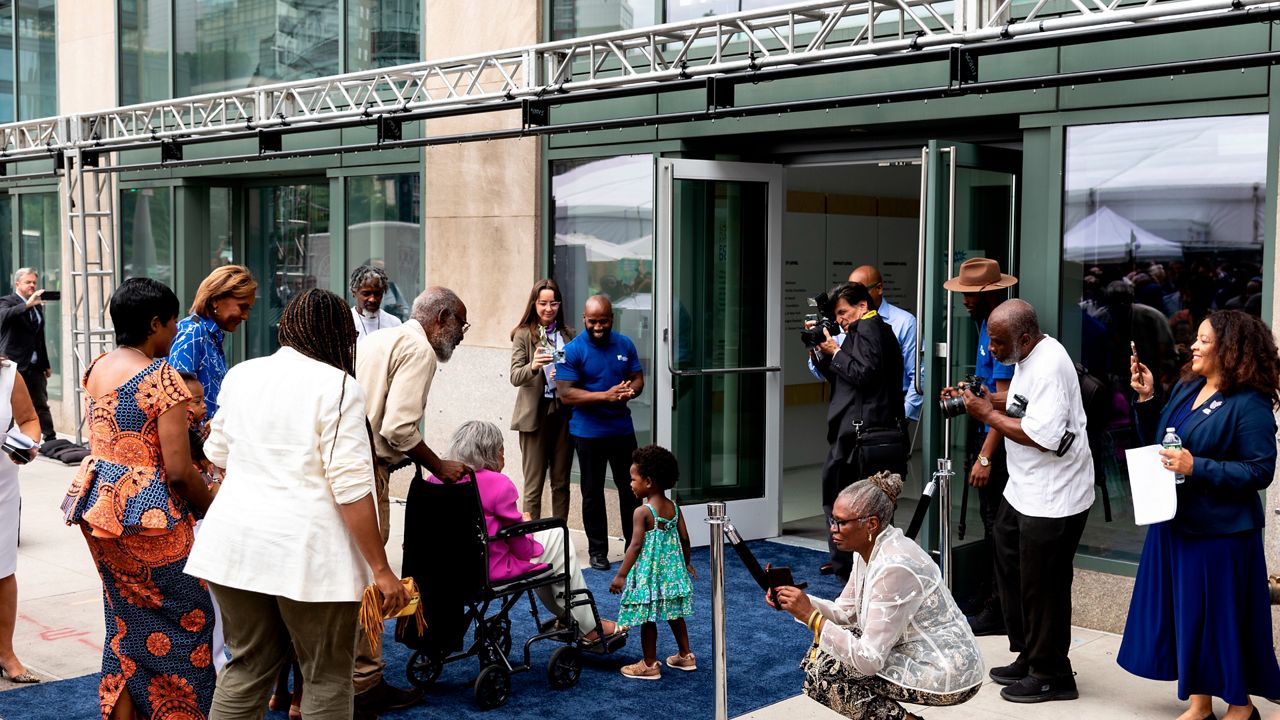 Rachel Robinson, 100, cut the ribbon to officially welcome New Yorkers to a museum honoring her late husband, Jackie Robinson, the first Black man to play in Major League Baseball in the common era.

The museum is an interactive experience telling the story of Robinson’s life, both in sports and in fighting for equal rights. His son, David Robinson also attended the opening ceremony.

“He was a man who used the word ‘we’ regularly when he spoke. We grew when Jackie Robinson stepped out on the baseball field and for the first time, there were thousands of African Americans in the stadium who had a hero to cheer,” Robinson said.

Jackie Robinson broke barriers in 1947 when he played first base for the Brooklyn Dodgers. Former New York Yankee CC Sabathia honored the Robinson family by attending the event.

“Without him there would be no me. I wouldn't be standing here today. I wouldn't be able to live out my dreams playing Major League Baseball,” Sabathia said.

And for Billie Jean King, this day was special. She says growing up her father told her what Robinson stood for, inspiring her to later become a fighter for women in professional sports.

“I grew up knowing about Jackie Robinson my whole life, and then also watching on television how Black kids could not go to school with white kids, and I did not understand it at all, and my dad explained what was going on, that they weren’t allowed, and that’s what Jackie Robinson was trying to do. He was trying to break down racism,” King said.

You can register to preview the museum starting on Thursday, but the Jackie Robinson Museum will officially open to the public on Sept. 5. Rachel Robinson hopes whoever visits is inspired to get involved in their community and make a positive impact.