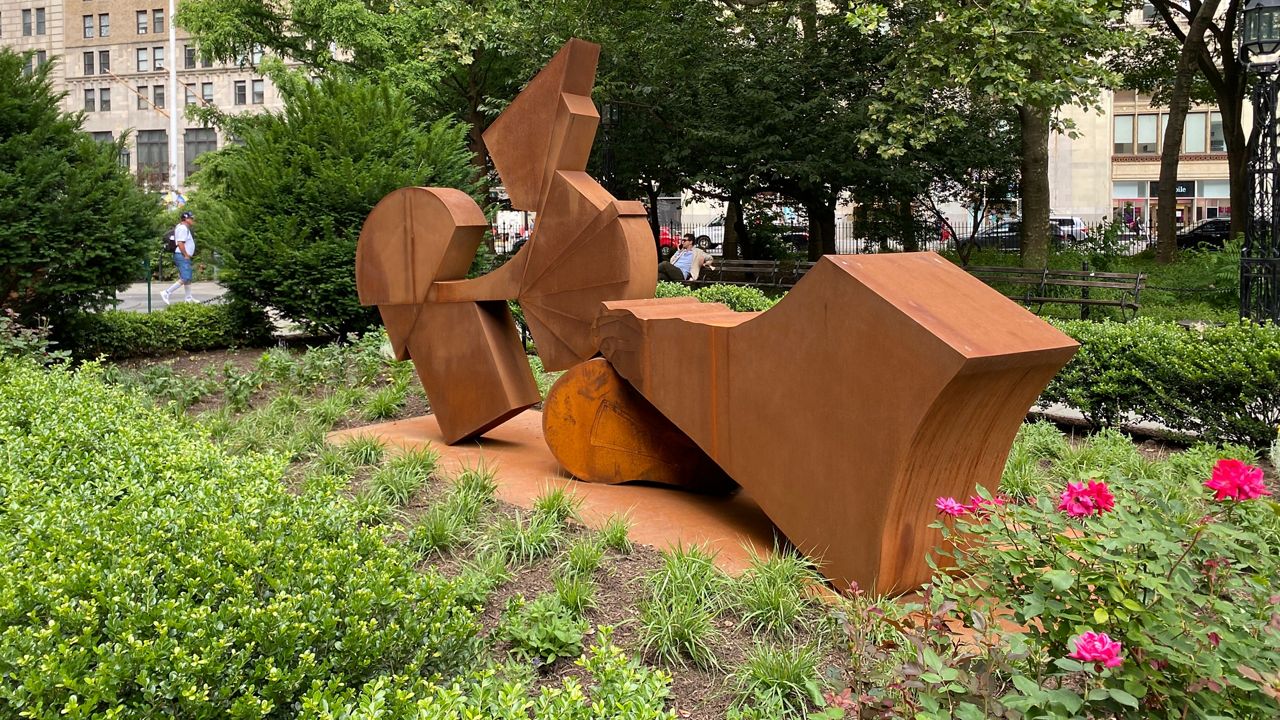 "Life in the Abstract" is a new exhibition of sculptures at City Hall Park. (NY1/Roger Clark).

It’s a sculpture exhibition without any signs that say “keep off the art.”

In fact, Wyatt Kahn showed me exactly how the sculptures in his new public art exhibition are all about interacting with City Hall Park and the people who visit it.

He climbed up on one of the pieces located near the fountain in the park and used it as a chair.

“It’s pretty comfortable,” Kahn said, referencing one of the seven large scale sculptures at the park in downtown Manhattan.


This is the first public art exhibition for the Upper West Side native who now resides in Brooklyn. It’s called "Life in the Abstract" and is presented by the Public Art Fund.

Primarily a painter, Kahn uses elements from his abstract canvas paintings in the sculptures and mixes them with items from everyday life like eyeglasses, a comb and a really big foot.

"These are my first fully three-dimensional floor-based work and they are certainly my first public work,” Kahn said.

The exhibition is five years in the making. The sculptures are made from weathering steel, which forms a rust-like appearance when exposed to the elements, perfect for outdoor art. It took over two years to fabricate the seven pieces on display.

"I liked it not only because of its color and the contrast to the green of the park and to the relationship of steel in the Brooklyn Bridge and buildings around here," Kahn said. "I also liked it because I like the sculpture naturally painting itself."

Kahn's work is scheduled to be in City Hall Park through Feb. 26, 2023, though he hopes at least one of the pieces will wind up somewhere around New York City forever.

"It would be incredible to have one of these in my hometown forever, you know. That would be a dream,” Kahn said.