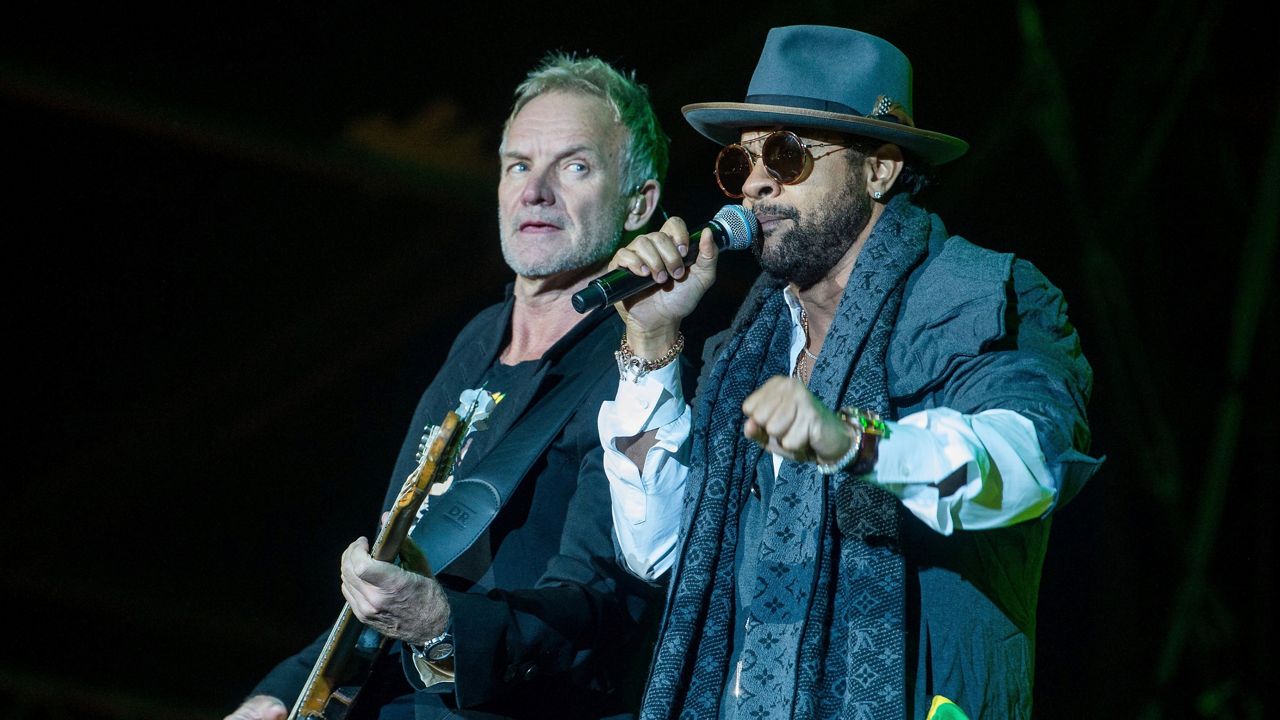 Sting and Shaggy perform in Hungary in 2018. (Zoltan Balogh/MTI via AP)

Shaggy and Sting team up to sing Sinatra's greatest hits

“Com Fly Wid Mi” is set to be released May 25 and will feature some of Sinatra’s most well-known tunes, including “Fly Me to the Moon” and “Luck Be a Lady.”

Shaggy joined Ruschell Boone on “News All Day” Wednesday to discuss the album and his years-long relationship with Sting, who he calls “the brother I never knew I needed.” Shaggy says they’re friends, drinking budding and yoga buddies.

The day after the album’s release, May 26, Sting will host an album release party, where Shaggy is set to perform, at the Greenwich Village jazz club “The Blue Note.”