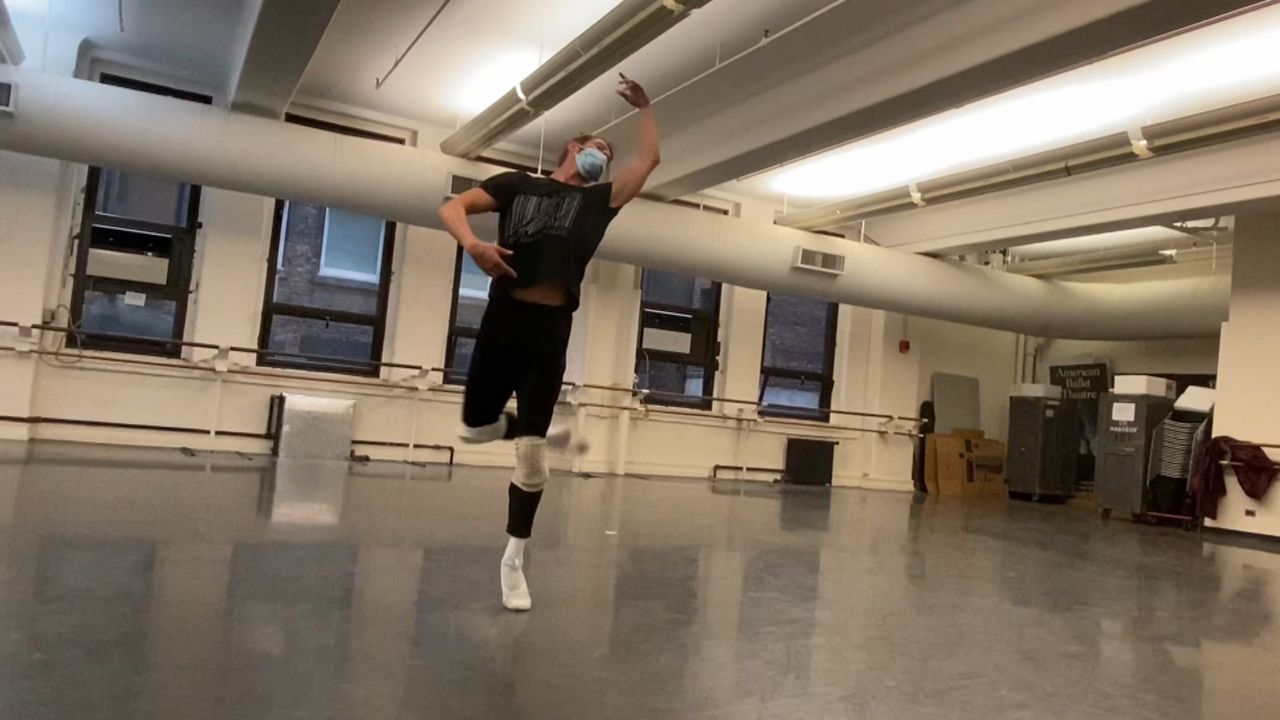 Dancer reflects on American Ballet Theatre's return to the stage

NEW YORK — To see a rehearsal for "Giselle" is to get a glimpse into the countless grueling hours a ballet dancer spends preparing for any role.

American Ballet Theatre's James Whiteside and Isabella Boylston hope to recapture what was lost during 19 months away.


“I think my biggest fear during the shutdown was not being able to come back to what I love doing, which is performing,” Whiteside said during a very short break.

And for good reason: for ballet dancers to accomplish their incredible feats, they often work nine or more hours a day, six days a week.

I sat down with Whiteside in March 2020, just a few days into the COVID-19 pandemic shutdown, and he was worried even two to four weeks away could be detrimental.

Whiteside made the most of the hiatus. He sings, writes music, performs in drag and choreographs. He also wrote a book, "Center Center: A Funny, Sexy, Sad Almost-Memoir of a Boy in Ballet."

“And it's about my journey to principal dancer at American Ballet Theatre, among many other things, family, friends, my coming out story, how I started dancing,” Whiteside said.

He and Boylston are longtime friends and post online as #thecindies. During the pandemic, they did classes and performances together as fundraisers for people in need. That included a virtual "Nutcracker" to help young dancers gets mats so they could practice at home.

It's extra special to return to the stage with her in "Giselle." "Giselle" is a classic from the American Ballet Theatre repertoire, but this season will also include several new works, including the much-anticipated world premiere of "ZigZag," by the company's choreographer Jessica Lang, set to the music of Tony Bennett. Whiteside performs in that as well.

“Returning to the stage feels incredible. I feel ready, so ready, emotionally to be in front of an audience again, and physically it's been difficult, but I'm feeling really good right now,” Whiteside said. "I look forward to sharing my love of dance with the audience once more."

The season runs through Oct. 31 at the Koch Theater.